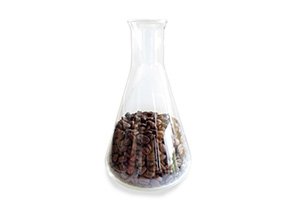 Bill Murray, NCA President and CEO, said, “We are honored that such a distinguished professional as Dr. Corey is joining the NCA. The world of coffee science is more important – and yet more complex – than ever before, and we are delighted that Mark will be leading NCA’s work to guide the industry through these issues.”

Dr. Corey joins NCA from Heartland Food Products Group, where he served as Director of R&D – Coffee. Prior to joining Heartland last year, he had been a member of the team at Keurig Green Mountain, Inc., where he had most recently served as Group Leader, Beverage R&D.

In his new role, Dr. Corey will oversee all science and regulatory matters for NCA, oversee the work of the NCA Scientific Advisory Group, and assist the NCA in developing new resources for members regarding food and worker safety, and coffee and health.

John “JD” DeMuria, NCA Chair, said, “Over the past three years NCA has worked hard to develop new resources and benefits for NCA members. Dr. Corey’s addition to our team greatly enhances our ability to take that work to the next level.”

The National Coffee Association of U.S.A., Inc. (NCA), established in 1911, is the leading

trade organization for the coffee industry in the United States. The NCA is the only trade

association that serves all segments of the U.S. coffee industry, including traditional and

specialty companies. A majority of NCA membership, which accounts for over 90% of U.S.

coffee commerce, is comprised of small and mid-sized companies and includes growers,