“Don’t publish a book”, they said. “No-one buys books”, they said. Well, we just couldn’t help ourselves. 2017 was such an epic year of AeroPress action and “hanging the fuck out”*, that we couldn’t resist capturing the whole season and wedging it between two covers (again). 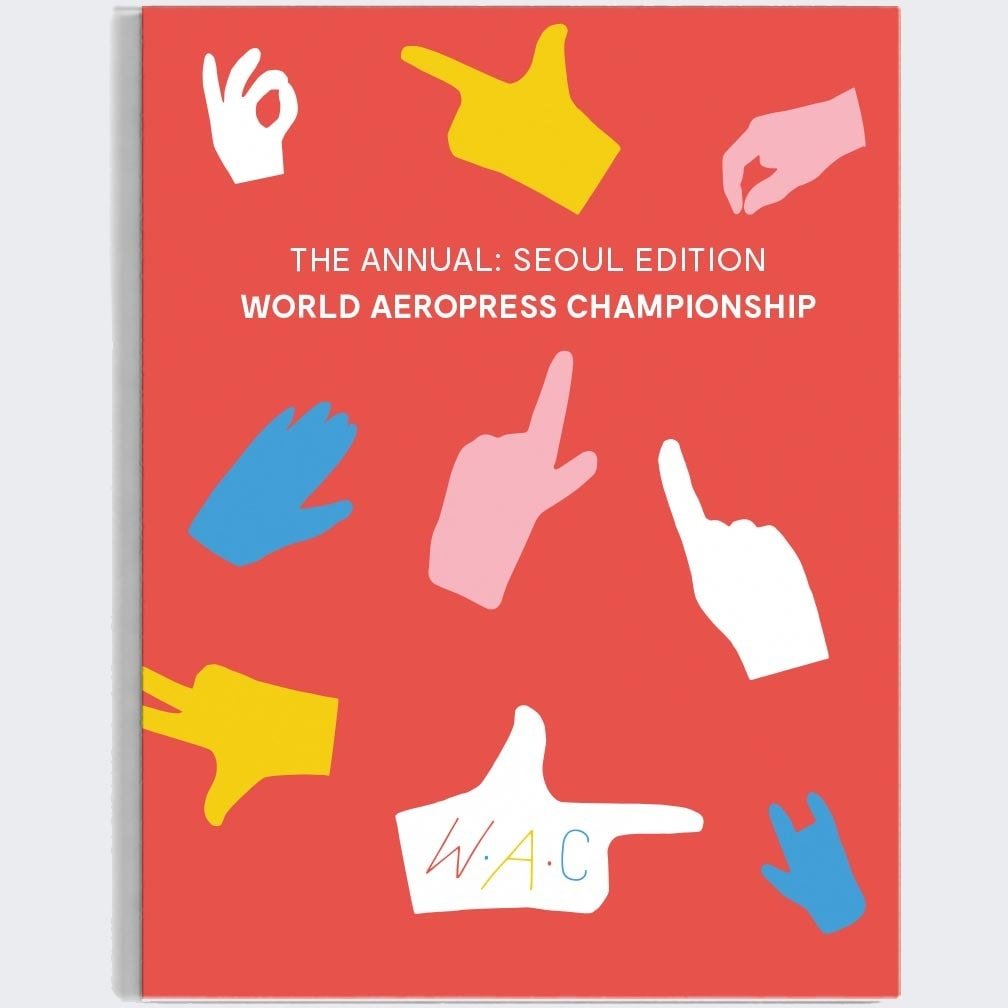 So we teamed up with Standart again to produce a behemoth of a book, The Annual: Seoul Edition.

Weighing in at over 1kg, and clocking up more than 400 pages between the covers, The Annual: Seoul Edition is packed with AeroPress brewing recipes and event content, making it an excellent gift for coffee lovers, and a must-have item for anyone who competed.

Its size and weight also make it a good phonebook substitute, coaster for multiple drinks, or talking point at an awkward party.

With over 400 pages of glorious content, you can expect:

– An honest chat with 2017 World AeroPress Champion, Paulina Miczka
– A guide to the best cafes in Seoul by one of the hippest locals you’ll ever know
– A first-hand recount of the world final by bad-ass/potty-mouth emcee Michelle Johnson (*quoted above)
– Photos, obviously. Seriously, a shit-tonne of photos
– The story behind the brewing of the very first world championship coffee beer
– A behind-the-scenes look into the making of the AeroPress Movie
– And all 59 national championship-winning recipes

The Annual: Seoul Edition ($35 USD) is in stock and available for purchase now at aero.press/shop.

In 2008, a good and simple idea came to two coffee lovers: “Wouldn’t it be fun to see who could brew the best cup of AeroPress coffee?” And with that simple idea, the World AeroPress Championship was born.

The first competition took place in a small room in Oslo, with only three competitors and Tim Wendelboe as the judge. It was a modest and understated affair.

Like many ideas good and simple, the competition has since grown organically, and now spans 120 regional and national events taking place in over 60 countries.

Each season now sees more than 3,000 competitors getting involved, and yet, despite its size, the competition remains a fun, inclusive and light-hearted pursuit.

Today, the World AeroPress Championship is organised by a team of three, working from a small office in Melbourne, Australia. They drink way too much coffee, but that’s kind of what it takes to make this event happen.