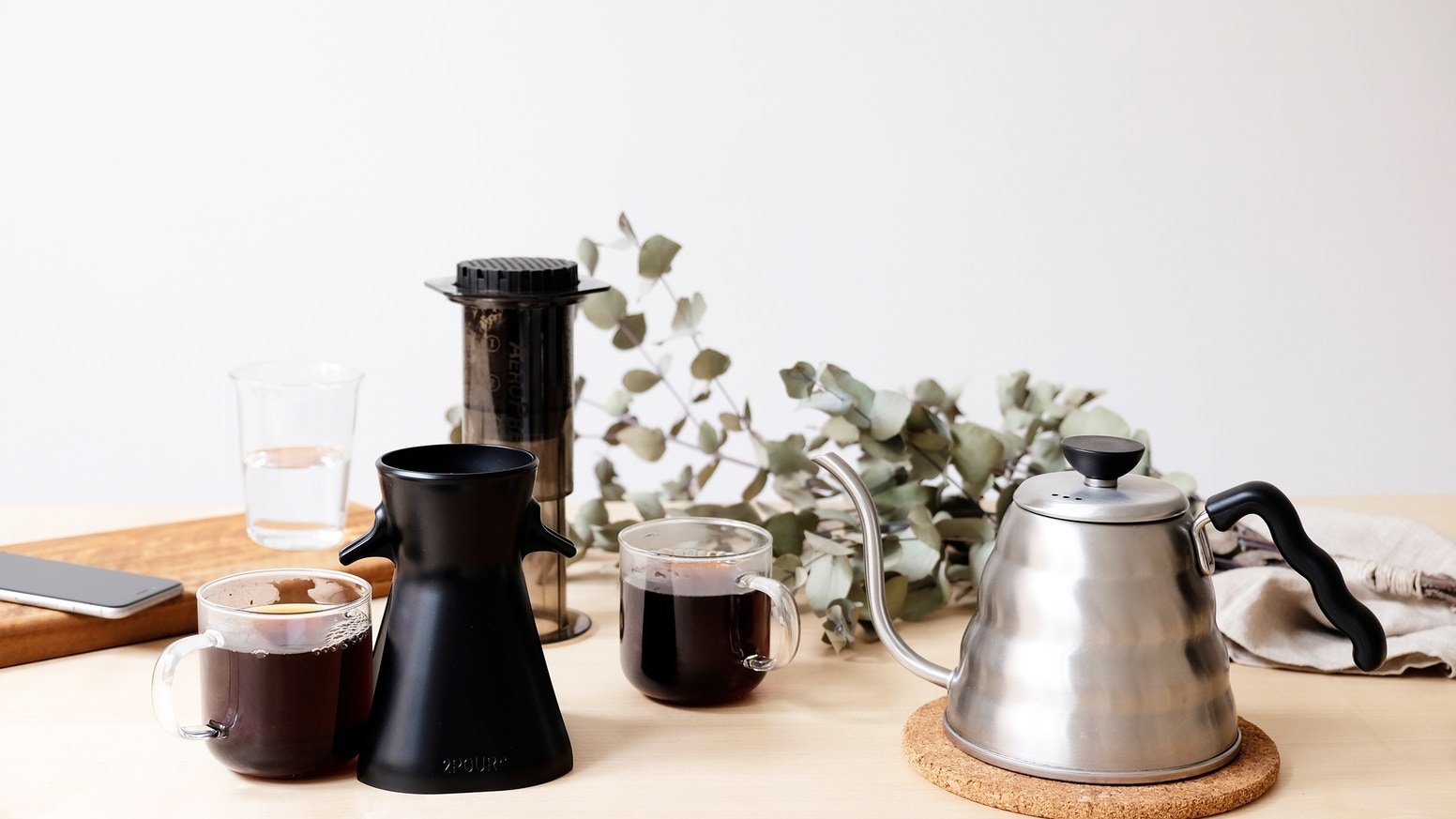 Launched on Kickstarter just over a week ago – you can snap up the 2POUR® for a little more than a price of 2 cups of coffee, making it a very affordable option for manual, home coffee brewing. At just £10.00 (Kickstarter special), you get the 2POUR® Coffee Accessory, or, grab yourself a Kickstarter deal on the Aeropress® too – with bundle prices starting at £35.00 for the Aeropress® & 2POUR® Combo.

Words from the Inventor:

‘’I’d only had the Aeropress® around 2 months before I became frustrated with those moments where I found myself making a second cup of coffee, whilst my company had finished their coffee in the living room. I knew that something had to be done to combat this very simple, obvious problem. I began initial research in 2015, before consulting a small design team in 2016 and making our first prototype less than a month after. Two years later, we have a final product ready for manufacture and we really can’t wait to launch in October.’’ – Andrew Eaves, Inventor of 2POUR®.

The 2POUR® is a simple, one piece unit which allows the user to place their Aeropress® on top of the 2POUR® and plunge down like before, only this time the specially designed spout system will split your coffee into an even 50:50 ratio, every time.

Our Recipe.
In order to make two cups of coffee with the Aeropress® and 2POUR® you follow the same instructions like before, only this time you just double the amount of coffee grounds you add to the Aeropress®. Once you’ve finished plunging, top your cups up with hot water to taste – it really is that easy!

”We’ve spent a long time with Aeropress enthusiasts to ensure that our adapted process tasted as good as before, leaving no unsatisfied customers behind’’ – Rachel, Co-Founder of 2POUR®.