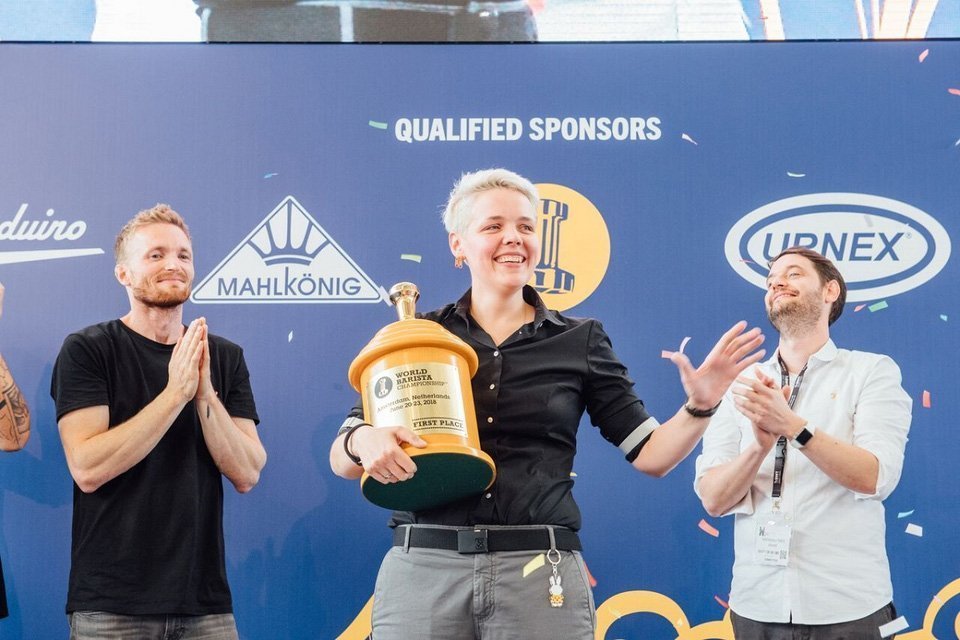 Thousands of coffee professionals gathered in Amsterdam this week for World of Coffee (WOC), Europe’s largest coffee trade show, and the host of the 2018 World Barista Championship. Just under 11,000 professionals from across Europe and around the globe registered to attend, breaking records for the event. Sponsored by BWT water+more, WOC Amsterdam put a spotlight on the work of coffee farmers from Colombia, represented as this year’s Portrait Country by the Café de Colombia brand.

Agnieszka Rojewska of Poland won the 2018 World Barista Championship (WBC). Agnieszka, a veteran of multiple coffee competitions across the globe, triumphed over 55 other baristas to become the first woman ever to win the title.

2018 World Barista Champions
55 champions from around the globe gathered in Amsterdam over four days at the 2018 World Barista Championship, which took place inside the WOC trade show. Competitors in the WBC prepare 4 espressos, 4 milk drinks, and 4 original signature drinks to exacting standards in 15 minutes. The WBC is organized by World Coffee Events, the events management organization of the SCA. The 2018 champions are: