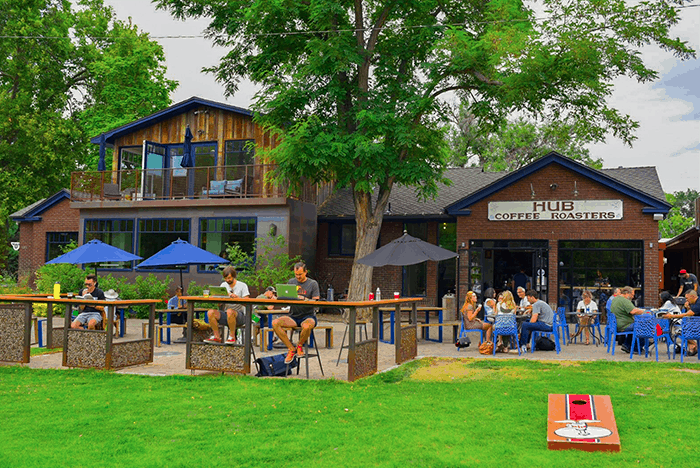 RENO, Nevada—Ten years ago entrepreneur Mark Trujillo had a dream of bringing premium roasted coffees to Reno, Nevada, while including his then-teenage children in the business. An avid bicycle rider, Trujillo named the café Hub for two reasons: as a nod to his bicycle riding but also to create a community hub that will bring coffee aficionados together.

Hub Coffee was born at 32 Cheney Street, in Reno’s Midtown District, within a 400 square foot café and only a few seats with limited parking. What it featured was delicious coffee and talented baristas wanting to create superb, hand-crafted coffees. Trujillo was very specific about the coffee he wanted to serve, building his own roasting facility in the process. “It wasn’t about just pushing coffees out the door. I wanted to create a coffee house to appreciate the real flavors and nuances of coffee and for the community to gather and share experiences over a coffee,” he said.

Ten years later, and tens of thousands of espressos and cappuccinos served, Hub is in three Reno locations: The flagship store on Riverside Drive, in the Reno Town Mall and across from the University of Nevada, Reno on North Virginia Street.

Trujillo spends two months per year traveling the world sourcing coffees, ranging from such coffee countries as Guatemala, Colombia, Brazil and Nicaragua. He’s passionate about his coffees and more passionate about the Hub. “It’s hard for me to believe that it’s been 10 years already,” he said. “I love that my children and I have built something that has brought our community together, while also creating a sense of community with our farmers. It’s all about la familia–Family.”

Starting June 10, 2019, Hub will celebrate their anniversary with a week of activities at each of the three stores, culminating with a Father’s Day bike ride with Trujillo. A full day of events including Bring Your Dad – He Drinks Free Coffee at the Riverside Drive location. The bike ride begins at 8:30 a.m. and more anniversary information is available on Hub’s website.

For more information about Hub’s Anniversary activities, see Hub’s Facebook or at
www.hubcoffeeroasters.com