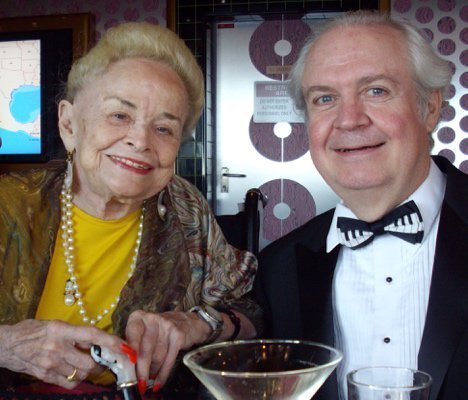 Erna Knutsen was born on August 31st, 1921, in a small Norwegian village above the Arctic Circle.  Her father Edwin emigrated from Norway to New York alone, working in the shipyards and saving his money for two years until he could bring his wife and daughters Clara, Erna and Anne to join him in 1927. Four more children would follow in the Depression years, all born in New York.  She was very proud of her first job as a secretary for a Wall Street firm, one of the few office positions open to women at that time.  After being told she would never make it as a trader in the coffee world, Erna proved the naysayers wrong. In the late 1970’s she began her career as the only woman green coffee broker in the United States founding Knutsen Coffees, Ltd. Through hard work and relentless dedication to quality, she became a worldwide name in the business, winning many awards and being recognized as coining the term “specialty coffees”.  One of her most valued honors was the Golden Coffee Bean awarded her by Norway when she was in her 80’s. She received a Lifetime Achievement Award given to her in 1991 by the Specialty Coffee Association of America and in 2014 was honored at SCAA opening ceremonies. She passed away just short of age 97 on June 16, 2018, wearing her favorite shade of red lipstick and a snappy outfit.

Erna’s humor, intelligence and love of the finer things in life matched perfectly with a man she met through the coffee business in the 1980’s by the name of John Rapinchuk who later became Erna’s husband. John was born on Dec. 20, 1951. Together, John and Erna spent the next thirty years discovering new restaurants, traveling the world and ultimately working together at Knutsen Coffees. John passed away in 2016 of a heart attack.

Erna and John loved traveling, good food and wine, good friends and of course the coffee business that brought them together. Lives well-lived.

Erna will remain an inspiration to many of us. If you would like to donate in Erna’s name, please contact Café Femenino at www.cafefemeninofoundation.org.