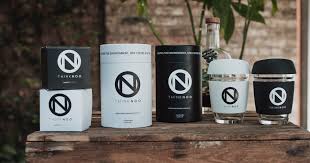 More than 200 million Americans drink coffee every day. And it’s no wonder, considering all the “perks” – the flavor, the aroma, and that energizing morning charge. Coffee is even associated with the reduced risk of diabetes and cardiovascular disease among many other health benefits.

But true coffee lovers also have to contend with the downsides – jitters when caffeine levels peak in the body, afternoon “crash,” and poor sleep at night, all of which interfere with general productivity and well-being. That’s why entrepreneur Shannon O’Brien and scientist Steve Austin have developed THINKNOO, a line of supplements designed to bring out the best in coffee, while counteracting its unwanted side effects.

The world’s first holistic solution for coffee lovers, THINKNOO consists of a morning supplement to reduce dependence on caffeine throughout the day, and an evening supplement to help break it down more quickly for healthy sleep. Both feature proprietary blends of proven natural plant extracts and natural compounds. The capsules are taken prior to coffee consumption (not stirred in), so they won’t alter the taste of your preferred brew.

Based on the science of nootropics, which studies the effects of different nutrients on cognitive health, THINKNOO is the product of decades of nutritional research. Throughout development the pair have been in consultation with Professor Neil King of Queensland University of Technology, one of Australia’s leading research institutions. Dr. King, a prominent expert in the fields of health innovation and nutritional sciences. Professor King has provided scientific guidance, reviews and feedback during the research and development of THINKNOO.

“THINKNOO is a science-based product with the potential to positively impact wellness. Now, coffee lovers can continue to enjoy their favorite cup without all the side effects and with renewed energy, focus and flow,” said O’Brien. “Many consumers don’t realize that it takes the body up to 20 or even 24 hours to flush out caffeine, which means that many of us are ‘caffeinated sleepers.’ The Sleep Health Foundation cautions that heavy caffeine consumption impacts our sleep, which is a well-known contributor to a myriad of health issues, including stress and anxiety. By taking NOOstart in the morning, we can maintain our mental energy, reducing our reliance on our afternoon pick-me-up. By taking NOOreset in the evening, we can replenish key nutrients in our body and enjoy the benefits of a healthy sleep,” adds Austin.

NOOstart is taken with morning coffee to regulate mental energy throughout the day, reducing morning peak jitters and afternoon slump. Key ingredients:
• L-THEANINE – Responsible for the calming effect in green tea. L-Theanine reduces overstimulation – the jitters – to enhance your mental clarity.
• CURCUMIN – Naturally occurring in one of the world’s ancient spices, turmeric. Curcumin has been shown to have positive effects on inflammation, mood, and learning.
• VITAMIN B6 – An essential nutrient to the body. Vitamin B6 is widely associated with cognitive performance, mental energy, and mood.
• CDP CHOLINE – Found in every cell in the body and naturally sourced from eggs. CDP Choline fuels the brain to improve focus and mental energy.
• HORDENINE – A natural extract found in barley sprouts. Hordenine acts to support the adrenal system in the body and extend the life of coffee.
• THEACRINE – Found in traditional Kucha tea. Theacrine works synergistically with caffeine to offer a sustained mental boost.

NOOreset is taken in the evening to prepare the body for sleep by helping process caffeine faster and also replenishing key nutrients lost throughout the day. Key ingredients:
• RUTACARPINE – A herbal extract of the plant, Evodia Rutaecarpa. Rutaecarpine has been shown to assist the body’s breakdown of caffeine.
• MAGNESIUM GLYCINATE – An essential mineral that must be obtained from the diet: highly concentrated in leafy greens. Magnesium helps regulate the body’s adrenaline and cortisol hormones.
• BORON – An important nutrient found in raisins and avocados. Boron acts to aid the metabolism of other nutrients, such as calcium and magnesium.
• PHOSPHATIDYLSERINE – Naturally produced in the body and found in meat and soy. Phosphatidylserine has been shown to help the body regulate cortisol, our stress hormone.
• ZINC CITRATE – Found as a rich source in oysters, meat and nuts. Zinc plays an important role in the functioning of the brain and is critical in the metabolism of Melatonin, an important sleep hormone that regulates natural sleep cycles.
• MELATONIN – A natural hormone produced by the body. Melatonin regulates our circadian rhythm, the body’s “internal clock”, and when it is released it triggers the onset of sleep.

NOOstart and NOOreset may be purchased separately (1 bottle contains a month’s supply) for $34.95 each; or as a “stack” of both products for $64.95. Monthly subscriptions are also available at a savings of up to 15%. Subscribers receive a branded eco-friendly coffee cup in support of #LittlexLittle, a sustainability movement designed to help cut down on waste. This initiative is particularly important to both founders, as thousands of disposable cups are thrown away every second. In addition, THINKNOO donates $1 from every purchase to support research on cognitive degenerative diseases, like Alzheimer’s, which coffee consumption has been shown to fight against.