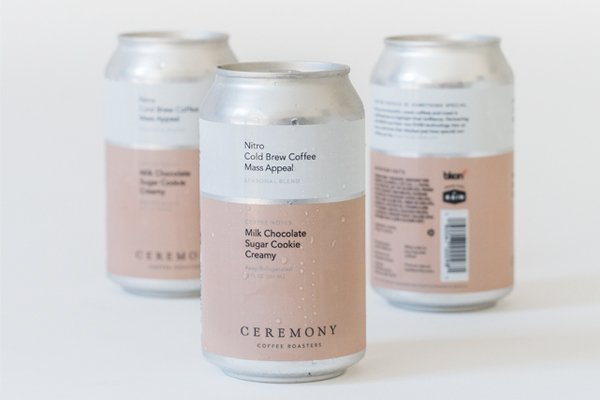 Ceremony Coffee Roasters has further amplified its leadership in the cold brew market by capitalizing on its partnership with leading beverage technology innovator BKON, the inventor of the RAIN™ (Reverse Atmospheric Infusion®) brewing process, to officially extend their canned cold brew shelf life to 120 days.

According to Ceremony Wholesale Director Ronnie Haas, BKON has unlocked the potential for their cold brew business. “Our primary goal was to create disruptively delicious cold brew with BKON, which has ultimately led to the expansion of our business from a coffee company to a beverage company,” he explained.

According to Haas, BKON’s RAIN brewing process has made the impossible, possible. “Other packaged cold brew products have traditionally exhibited substantial oxidation problems, tasting like cardboard or wood, and further degrading every day they sit on a shelf,” he said. “RAIN technology allows us to both dramatically extend the product shelf life, and preserve the taste quality of our coffee, making a packaged beverage business more viable.”

To further prove the capabilities of RAIN, BKON and Ceremony conducted a 12-month scientific study to test product freshness and shelf-life. Unlike traditional cold brew, which undergoes significant flavor degradation within just a few days, the study proved that Ceremony cold brew produced by BKON maintains full flavor and aroma for 120 days and remains microbiologically stable for months further.

“The study results re-affirm that we’re creating something incredibly innovative together. By extending the shelf life of our product, we’re able to significantly scale our cold brew business,” Haas added.

Beyond the flavor and shelf-life improvements, Ceremony also knew the RAIN process was more efficient, yielding larger batches of finished product from the same amount of ingredients. “We can realize better financial returns by cold brewing in the most efficient way possible,” he said.

Ceremony previously produced its cold brew in-house and sold kegs to local establishments, but it moved all of its brewing operations to BKON’s New Jersey facility over a year ago.

“The cold brew coffee industry is on the precipice of a market evolution similar to the recent craft beer phenomenon,” said BKON Co-Founder Lou Vastardis. “BKON’s RAIN technology circumvents major pain points that previously challenged the industry: it significantly extends both the freshness and shelf-life of cold brew coffee. We’re excited to see what the future holds as the industry recognizes how BKON can help them innovate their businesses.”

Currently, Ceremony’s packaged cold brew product is offered through retailers, markets, wholesale partner cafes, and restaurants and grocers such as Whole Foods throughout the mid-Atlantic region. The roaster intends to open two more cafes in 2019, bringing its total footprint to seven locations, where it also sells its packaged products.