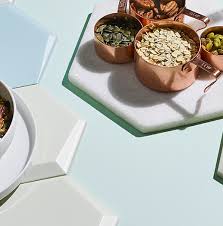 Most of us have heard the alarming statistics, but they bear repeating. The average American today is consuming 165lbs of sugar per year. As a result – 36 percent of us are obese, 30 million of us have diabetes, and 84 million of us are pre-diabetic. One of the reasons why we believe these numbers remain so high is that we all love something sweet and yet there aren’t any true no-compromise alternatives to sugar on the market. Most offerings represent either a taste, texture or gut health trade-off. So, as consumers, we stick to sugar. Lots of it. Until now!

Enter Yuval Maymon – HEYLO’s inventor. Yuval is a former software engineer at Amdocs who then went on to create a large Gelato business, with a chain of over 50 stores worldwide. And he became a fully blown diabetic! So – he took a deep breath and decided something had to change. He sold his gelato business and dedicated himself to something both personal and universal: inventing the first sugar alternative that would not only taste good but also a clean profile suitable for anyone who wants or needs to eat healthier.

After many years of working non-stop, and with over 700 trials under his belt, Maymon discovered a breakthrough that led to the creation of HEYLO, a truly viable alternative to sugar. This is the first all-natural product, with zero glycemic value, no chemicals or hidden sugars, no alcoholic sugars, no negative effects upon the gut. What also makes it truly revolutionary is that it not only tastes great but also has a wonderful mouth feel.

“I was committed to developing something that would help not only people with Diabetes, but also everyone in the world, since this is not a sweetener but instead, the first true alternative to sugar. It has no taste, texture or gut health trade-off. In fact, it’s like no other alternative in the market. The formula is protected by patents in the US and across the world.” Says Yuval Maymon, HEYLO ‘s Founder and CEO. Here are some of the reasons why HEYLO is such a breakthrough.

HEYLO is made of only two natural ingredients – organic stevia (not chemically extracted) and all-natural dietary fibers from the Acacia tree. These ingredients are known and proven to be safe and stable. They can tolerate extremely high temperatures and acidity levels. In fact, they have been used by the food industry for many years.

HEYLO is a prebiotic, that is entirely free from artificial sweeteners, has no chemicals, no hidden sweeteners, no diuretic effect, zero glycemic index value and zero calories. It is ideal for all those who want to, or need to consume less sugar – but still want to enjoy sweet foods and beverages.

HEYLO can eliminate 100% of the added sugar and artificial sweeteners from food and drinks without any trade-offs. No other alternative can do more than that.

“In an era when both sugar and sweeteners harm our health in many ways, we searched for a real solution to sugar that is truly delicious yet has no texture, taste or gut health trade-offs and found it in HEYLO, says Jeremy Cage, a former PepsiCo executive and part of the HEYLO team. “Our formula is extremely advanced and yet so simple. It will allow people who want or need to avoid sugar to continue enjoy sweetened foods and beverages. One taste of HEYLO and you’ll be convinced.”

ED&F Man, one of the largest sugar distributors in the world has become a partner in the HEYLO venture. “We have long recognized the need for a truly viable sugar alternative, as consumer’s needs and tastes are changing.” Says Kevin Burke, General Manager of Royal Ingredients LLC, the US Operations of “We have also long been disappointed in the taste, texture and health trade-offs of what’s on the market – until we discovered HEYLO. What we have now is a product that can serve as a competitive advantage for any brand looking to eliminate added sugar without any trade off in taste or texture.”