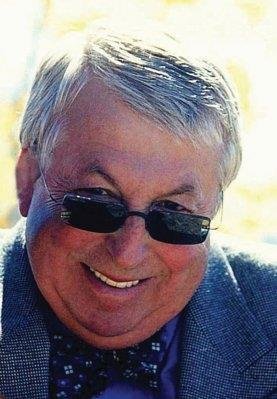 Walter R. Progner was born in 1943 in Europe.  In 1959, Walter along with his parents Irma and Adalbert Progner, immigrated to the United States.  He spoke many times of eagerly waiting to see the Statue of Liberty.  His family had work waiting for them when they arrived and traveled to St. Louis, MO.  In a few months, they traveled to Philadelphia where they finally settled.  Walter’s father was able to find a good job because he was a master European trained butcher.  After working with various meat companies, his father began the family business.  Walter was attending Drexel University at the time and his parents urged him to join the family business.  Walter’s parents retired and Walter took the business in a different direction.  Walter traveled to New York and would pick up charcuterie, specialty cheeses, and other specialty foods and come back to Philadelphia and sell what he had purchased in New York.  His knowledge was colossal and this was very useful in building the business.  Walter was also a believer early on that America had the capability of producing foodstuffs of the same quality of Europe and history has proven him correct.

But it was the coffee business that became his first love.  Walter was literally, the man of the world.  He was a voracious reader and before visiting many countries, he read about the food, culture and gave him a sense of what to expect.  He visited most every coffee growing country between the Tropics of Capricorn and Cancer.  Before it was considered “chic”, his experiences in visiting coffee growing regions in the “out back” took courage and a spirit of adventure.  His mantra was “why not”!  The move to Lebanon, PA from Philadelphia was a bit of a leap of faith which worked out very well.  The employment climate and business as well as easy access to major cities proved to be a very rewarding venture.  Walter delighted in the fact that the community they settled in, Mount Gretna, a vibrant art community and a Pennsylvania Chautauqua.

Walter’s hobby was work but he had one passion.  He spent many decades assiduously restoring a post war classic Mercedes Benz Cabriolet.  He was very happy that he was able to find a passionate new owner for it a few years ago.

Walter was really a bon vivant and belonged to the following wine and food societies including Chaine Rotisseurs, D’Medici Society, Bacchus, American Institute of Food and Wine and a supporter of the L’ Dame des Escoffier.

Walter is survived by his wife, Mim Enck, brother, two daughters and grandchildren!

Mim Enck, Walter’s life and business partner, continues to expand the business as part of the long term business plan in their modern facility in Lebanon, PA