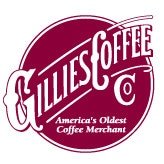 The Great Durante was fond of saying, “Everybody wants ta get inta the act!,” The act is K-cups®, and it was the dominant feature of the US industry in 2013. There remains a mad scramble to get into the single serve business, with just about every roaster aspiring to produce them, and most independent multi-store operators eager to have their own private label Keurig® compatible line of coffee. Every hot served liquid food, from apple cider to soup, is now being brewed in a Keurig®. If the technology continues to extend its platform in American kitchens and workstations, foods prepared from portion control cups of dry ingredients, may brew long term change in American food preparation habits in the home and workplace.

At origin, there are general concerns about climate change, and specific ones that are considered, in part, the result of climate change as coffee rust in Central America (attributed to lower rainfall), where “roya” may, according to the ICO (as reported by Reuters in March) reduce coffee output in affected areas by 20 percent. But, losses will not be even, and some countries such as El Salvador are expecting to be hurt disproportionately (35 percent), while others as Costa Rica may only suffer a “manageable” loss (13 percen). Hypothenemus hampei, the coffee borer, is also a serious concern. It is being fought, with varying degrees of success this year, in Brazil and Hawaii.

The Arabica market continued to drift downward during 2013, with only the very best grades holding a value of 50 percent or better above the New York “C”. The better Robusta grades, on the other hand, held value against the Arabicas, such that by year end grades, as Vietnam GR1, SC16, Wet Polished, were being offered in New York at prices comparable to “C” grade Arabica beans. These Robusta coffees from Vietnam, and other origins offering neutral cup and bold bean style, have found favor in recent years in the espresso brands of American roasters, some of whom would not have considered the ingredient only a few years ago. Uganda, the 4th largest Robusta coffee producer, is planting 300 million additional Robusta coffee trees in a large economic wager, that in the West, the espresso market will continue to balloon, and that in the East and in the Southern hemisphere, a growing world middle class will choose to be coffee drinkers.

To the gratification and relief of small independent roasters, and probably the big roasters too, the strangling effects of the historically high coffee markets of recent years, fade into memory as money flows back into their pockets and out of their inventory values. In June, Starbucks raised prices into the teeth of consumer awareness of a falling market. They’ve got grit.

Usually, we would expect that reduced exports from Central American, and possibly some Brazilian regions, would echo through the market putting upward pressure on coffee prices; with increased revenues per pound helping to defray a portion of the loss to blights and bugs. That may not be the case this year as there may be an abundance in Arabica coffee supplies, as the ICO expects supply to outstrip demand by 4-million bags, or roughly equal to the coffee crop of Mexico. If this comes to pass, there will be added economic pressure on subsistence coffee-farm families brought about by the double-whammy of having less coffee to sell, while receiving a lower price per pound for that which remains. The answer, of course, is to produce coffee at such a high level of excellence that its value breaks free of the “C” contract. Sadly, becoming as La Esmiralda, Clifton Mount Estate, or La Minita is not an attainable goal, but only an aspiration for most farmers.

Espresso has changed coffee in America. Espresso machines are found in every manner of food service operation today, and Nespresso® and Keurig® are working hard to bring easy-access espresso beverages into upper-middle class homes and apartments. Simultaneously, Italian coffee brands as Illy, Lavazza®, Danesi®, and Segafredo® continue to pour into the American cup satisfying the insatiable American taste for the exotic, and seemingly upscale taste for that which is European.

It has been a long time since Lauren Bacall pitched Instant Maxwell House coffee, and once again celebrities are being identified with coffee. In Australia, Al Puccino hawks Vittoria Coffee. Hugh Jackman and Leonardo DiCaprio support Laughing Man brand, and David Hasselhoff pushed Farmhouse Blend Iced Coffee. Rarely does a celebrity enter the industry as a strictly business venture, but that’s what Patrick Dempsey appeared to do this past year, taking an ownership stake in the Tully’s® chain of 48 retail outlets during bankruptcy proceedings in January. Mr. Dempsey was evidently burned by the experience, though according to the Associated Press, he never invested money in the chain, as by August, Dempsey had divested himself of his holdings in the coffee retailer. In other celebrity coffee news, Marley’s Coffee, who went public in 2011, (JAMN) is still losing money, though sales are gyrating. 12 OZ Marley’s® coffee was spotted not long ago at a Long Island T.J. Maxx outlet for $4.99.

The year saw the re-launch of a grand old name in the trade, Martinson®. A top brand in New York in the first half of the last century, it had been brought low (to the price/value level) by a succession of owners who did not appreciate what they had. Joe Martinson’s brand is now owned by Mother Parker®, and the re-positioning in the market includes single serve, soft bags, and fiber cans. The blend selection is mid-line with names such as Joe’s Light Latin, Joe’s Donut Shop, and Joe’s Rich African Brew. It’s nice to see Mr. Martinson’s brand out there again.

No one with access to iTunes needs to go through the day without a decent cuppa. The Find Me Coffee app can find you a coffee shop around the corner or around the globe, give you directions to get there, and can even place an order. The iPhone’s coffeehunter app has a collection of 7,000 independent coffee places.

In the age before mechanically bottled beer, the beverage was carried in tin pails. They were known as Growlers, which may be related to the sound made by the sloshing of beer, and the release of carbon dioxide caused by that action in the pails as they were carried. Later, the pails were replaced with bottles, but the name stuck. The Growler was returned to the tavern as desired, where it would be refilled with fresh beer at modest cost. Today, a Growler is a refillable container (usually 64oz) and an affectation used by Cold Brew Coffee entrepreneurs as a description of the package in which they market their wares.

Some cafés have declared war on WiFi squatters this year, and others continue to make a point of advertising free WiFi. The tug of war between providing added value to your cup, versus the loss of seating when some patrons take unfair advantage of the service by sitting for hours over a single cup of coffee depriving the shop of open seating for newly entering customers, is becoming something that is heard more frequently in conversation between operators. Along with the belief that WiFi squatters create a squalid atmosphere that chases away a better quality clientele.

Brooklyn Farmacy and Soda Fountain, Reiney’s Soda Fountain in Denison, Iowa, and Vincent’s Drug Store and Soda Fountain, John’s Island South Carolina aside, the old fashioned soda fountain, a fixture on Main Street in the first half of the last century, that as an industry, did not survive the post WWII era, may be about to make a comeback with Starbucks in the vanguard. Stephan Wermuth reported in a Reuter’s piece that Starbucks, using Soda stream-like carbonation machines is making old-fashioned soda fountain style sodas, by adding carbonation to its juice, tea, and coffee beverages in an experiment in selected stores in Atlanta, GA, Austin, TX, and Asia.

During the Summer, while we were all drinking from Growlers and dreaming of soda fountains of yore, SCAA Lifetime Achievement Laureate, Dan Cox, was spilling the beans on coffee spills with the publication of Handling Hot Coffee: Preventing spills, Burns, and Lawsuits. It is filled and overflowing with helpful information on keeping hot coffee beverage safe for the operator, wait staff, and consumer.

The need for this thin volume (98 Pages) published by Red Barn Books, ISBN-10: 1935922246, ISBN-13: 978-1935922247 should be obvious to all in the trade, as lawsuits over spilled hot coffee have been a regular occurrence since the ill-famed judgment in the 1994, California Liebeck v. McDonald’s case. Until Dan’s helpful, organized, annotated, illustrated, and indexed single source book, operators and attorneys were forced to find answers from many different resources. The trade owes the SCAA Past President, Cox, a thanks for helping his fellow man (and members of WIC, too) with this useful tool.

McDonalds®, who upgraded the quality of their coffee program some years ago, has seen the light, and is switching to paper cups from polystyrene. Big Mac® should be thanked for making this change, which will cost them money as the two materials are not comparable in price. McCafe® will taste better, and the environment will not have to continue trying to ingest 10-million Styrofoam cups each day. Thank you, McDonalds®.

Joh. A. Benckiser, the new owner of Peet’s® and Caribou® coffee chains, has the two now-sister companies playing dosey-doe your partner. Minnesotta based Caribou will become a regional North-Midwestern brand, with additional outlets in neighboring Iowa, the Dakotas, Wisconsin, Kansas, and Colorado. They will also retain outliers in North Carolina. Caribou® stores in the rest of the country will be converted to Peet’s®.

At the end of October, Kraft® announced that they would begin test marketing McDonald’s® McCafe® brand coffee in selected markets. In November, an arbitrator determined that Starbucks must pay 2.76-billion dollars for walking away from their packaged coffee deal with Kraft® to distribute Starbucks®. One went in and the other went out.

Ron Popeil, move over, for as the year ground down, Keurig® infomercials were becoming omnipresent on cable TV.

In the Coals-to-Newcastle department, The Wall Street Journal reported that Starbucks®, whose stated goal is 20,000 retail stores by the close of 2014, plans to open its first retail shop in Bogota, Colombia in the coming months. This pilot store is hoped to be the first of 50 Starbucks stores in Colombian cities, to be opened over the next 5 years. So you see, with all that transpired in 2013, we still have things to which we can look forward to in the New Year, such as 50 more Starbucks®.

Distinguished roaster/cupper Donald Schoenholt is coffeeman at celebrated Gillies Coffee Co., Brooklyn NY, now beginning its 175th year. Don, a founding father of both SCAA and Roasters Guild, doesn’t look 175, but he says there are days when he feels as he, and not the firm, is America’s Oldest Coffee Merchant. Mr. Schoenholt can be reached at coffeeman@gilliescoffee.com