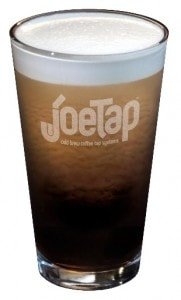 Cold brew coffee is hot but as the category grows, a newer and even hotter trend is poised to overtake it – nitro cold brew. Some call it “morning beer,” some say nothing and only utter sounds of delight and satisfaction. From Esquire magazine to the Today Show, nitro cold brew is enjoying a spotlight that regular cold brew has never known. Who can argue? It’s impossible not to be captivated by a drink that is exciting to watch, provides amazing social currency among all age groups, especially Millenials and elevates cold brew rather than replacing it. The Guinness lookalike offers a smooth, creamier and tastier experience than its flatter predecessor with nothing added except nitrogen, all the while being non-alcoholic and 100% coffee.

Since it is likely that infusing coffee with nitro will be a powerful vehicle that ensures that cold brew maintains its steady growth (339% over the past five years according to Mintel,) it doesn’t seem to be an issue to discuss. But serving cold brew coffee that is nitrogenated comes with questions and challenges. Before we get to that, let’s take a closer look at nitro cold brew.

The reason for nitro’s success goes beyond theatre. For the coffee purist, nitro elevates cold brew coffee in a way that nothing else can and takes it to another level. Nitrogen infused cold brew (nitro cold brew) provides a vehicle that transports aroma to the senses the way hot coffee does with heat and steam. Before you drink that next hot coffee beverage, you will first smell the coffee. Your nose will prepare your tastebuds with distinct aromas and nuances. What do you smell? Chocolate? Citrus? Blueberries? If you are like millions of coffee lovers, your senses are bathed in a full olfactory response of smell and taste. At Coffeefest Portland 2015, over 100 attendees were asked to smell a glass of still cold brew coffee. The overwhelming response? There was no aroma and thus, nothing to prepare them for what they would be drinking. Then, they received the exact same cold brew that had been nitrogenated using a JoeTap. Without exception, the same group now said they could smell the coffee. The head or “cold crema” further elevated the experience providing even more flavor than the still cold brew. In fact, in taste tests conducted over the past year, nitro coffee is preferred by an overwhelming majority over still cold brew. Nitrogenating cold brew pushes the true essence of coffee forward to the senses, elevating cold brew coffee to a place alongside hot coffee as a full sensory experience. The cascading bubbles and frothy head belie nitro coffee’s real treasure. By infusing cold brew coffee with nitrogen, it is something to be savored, discussed, judged, and considered carefully just as true coffee lovers do with hot brewed coffee.

When considering nitro cold brew as a menu offering, it comes down to three solutions. The first is a DIY approach which means charging a keg of cold brew with nitrogen, waiting a couple of days and giving the keg a few shakes every so often to ensure better and faster infusion. The downside to this method is that once you run out (hopefully not in the middle of a rush) you’ll need to wait another 24 to 48 hours for a fresh batch. The results can also be inconsistent. However, the cost is lower than the second method – purchasing RTD nitro cold brew kegs. RTD Nitro can be a safe bet. All that is needed is a tap system for dispensing. However, shipping and storing the product can be a challenge, not to mention the cost per drink. Finally, there is the JoeTap. JoeTap systems require an investment of just over 4K for entry level units. The JoeTap is unique in that it infuses nitrogen instantly and then dispenses it from a tap. The system is also unique in that it allows dispensing either still or nitro from the same keg. Additionally, highly concentrated cold brews with mix down ratios of 8:1 and even higher can be “brixed” down easily in a way similar to fountain drinks. This is no small advantage since these concentrates are easy to store BIB (bag in box) products and are generally shelf stable. This allows for a steady supply of nitro cold brew that often equates to a similar price point as on-premise brewing. 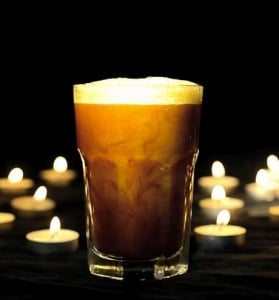 While nitrogenation helps to define and exploit a full taste experience and adds theatre to a wonderful craft, there are questions and challenges that exist with cold brew and specifically with nitro cold brew. Should I brew my own or buy a concentrate? If I buy a concentrate, will it ship stable? What about decaf, is it important? How do I store it? How should I dispense it? How long will it store before taste is affected? How much should I charge per drink to realize a profit? How much more cold brew will I sell if I serve nitro? What are the hard costs of buying a system like a JoeTap and what is the ROI?

The answers to these and many more questions are important, especially when considering how corporate coffee has pushed cold brew to the front. Answers will vary widely based on factors like number of locations, geography, customer profile, store size and capabilities. Yet, with all of these questions it seems that there are answers and solutions. Based on reports from those who have made the leap, nitro cold brew has not been a disappointment. 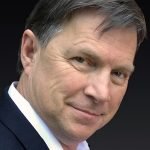