It’s going to make me sound like an old-timer, but when I started behind the espresso bar in 2000, the only baristas’ names I knew were the other college kids I worked with. We didn’t even know the names of the people who worked at the shop’s other location in town, and we for sure didn’t think there was a future in the work we were doing.

As I plopped spoonfuls of peanut butter into the bottom of paper cups and attempted to “melt” them with the brown liquid somewhat resembling espresso that I was taught to make in my first 20 minutes on the job, it never occurred to me that one day I would know baristas I considered “celebrities,” or that meeting them in person would actually make me a little giddy. Within five or six years that completely changed, and the cult of coffee personality emerged—along with higher-quality coffees, better-looking and more efficient cafes, and more attention to detail behind the espresso machine—from the bursting cabbage patch that was the Third Wave.

The rock-star barista was a brand-new concept, and, in many ways, an absolutely necessary one: Specialty-coffee believers were desperate to elevate their craft and convince consumers that really good coffee is not fast food, and different from the commoditized stuff dispensed by vending machines and poured into bottomless diner mugs everywhere. The barista was at the front lines of this conflict, explaining the differences between beans from Kenya and Colombia, or dark roast and light roast, or espresso macchiato and latte macchiato.

In order to feel like we were accomplishing our goals in raising the tide and floating the boat of truly outstanding coffee, we needed to lift our baristas, too, putting them on pedestals in every and any way we could. The national and international competition circuit did much to this end, as did the development of trade publications aimed at showcasing and highlighting baristas. The physical and cultural architecture of our cafes changed in order to center the coffee experience around the barista, whose role became something like a coffee sommelier. We started to talk about the “theater” of coffee, and about hospitality; trends and stereotypes emerged, and we started to feel empowered, confident, and okay, maybe a little cocky.

In many, many ways, the rock-star barista as a mascot of specialty coffee worked. In some cases, it worked extraordinarily well: Coffee-competition champions became smallish-time celebrities even outside the industry; baristas were featured in mainstream magazines and on TV; and sales have grown ever stronger in specialty markets, even in cafes that are so highly specialized and specific as to be absolutely foreign to my year-2000 peanut-butter-mocha-making self. Without the hipster-barista model, New York City’s Cafe Grumpy would not be on “Girls,” and Instagram would not be full of latte-art.

Then, however, came the backlash—and it came hard. Movies, TV shows, websites, newspapers, Halloween costumes, action figures—suddenly everyone was having a go at the “hipster barista,” tearing us down from the notch we’d fought so hard to raise up. At this point, we’re all sick of the cheap shots—jokes about the barista dress code of thick glasses, beard, flannel, and a too-cool attitude—and the articles pitting one side of the counter against the other, as though customers and employees in coffee shops were engaged in some kind of tug-of-war over cappuccinos and chump change in the tip jar.

Instead of a seething undercurrent of defensiveness, however, coffee professionals have proved themselves just that: professional. After four or five years of the seemingly nonstop criticism, commentary, and satire our rock-stardom has inspired, the barista community at large has appeared to really change its focus. Rather than simply lifting individuals into the spotlight, we are now seeing a shift toward professional development and group empowerment. National events like the BGA’s traveling Barista Camps, local educational and sensorial opportunities like the MANE conference and the Caffeine Crawls, and myriad social and professional tools available online at the click of a button have transformed the barista community from an army of few to a force of many, getting bigger, stronger, better, and, dare I say it, more humble every day.

Recent updates to the structure of the star-making competitions seem to reinforce this shift: Changes in the SCAA’s approach to competition ostensibly open the field to a more diverse selection of competitors in their first-come, first-served nature; the latest international title-holders have mostly come from outside the usual spotlights, line baristas and cafe owners who are dedicated, passionate, and lack the “pretense” many have (often wrongfully) come to expect from coffee pros. Even the growing trend of abandoning tipping seems to contribute to the push toward rewarding and uplifting baristas across the board, rather than allowing a select few to walk away with the cash, leaving others holding the proverbial bag. 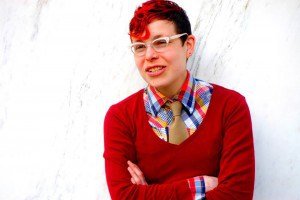 Where is the role of the barista going? I see us moving toward a more collective mentality, truly focused on hospitality in that we are turning our professional focus back on the customer and—thankfully!—the coffee, rather than putting it on ourselves. The best new events to come out of the latter-day movements and momentum of the Third Wave are educational, professional, collaborative, creative, and inclusive, both in their intellectual and physical development. Barista Camp in Wisconsin? Regional competition in Kansas City, M.O.? My inner New Yorker is humbled, thrilled, and excited to challenge the notions that qualified, capable, and yes, even cool baristas exist outside of the biggest and brightest metropolitan areas.

All of this is not to say that the baristas of the world aren’t still rock stars—we’re all just in a much, much bigger band.