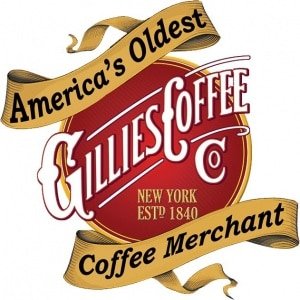 Lanny Tauber of Hena Coffee (Brooklyn NY) was fond of saying, “What goes around comes around.” And here we are again. More of the world’s roasted coffee products are being controlled by fewer companies. The cycle of expansive entrepreneurism, followed by a winnowing, and consolidation that have marked the trade throughout its life, again seems to be reshaping the roasted coffee world. In Europe, Jacobs Douwe Egbert, a new brand created from two old names in the trade, is flexing its muscles. In the United States several of the brands that have set the pace for specialty coffee’s advancement in the new century have ceased to be independent roasters, choosing instead to cash out, rather than to continue the good fight as independent smaller operators.

Todd Carmichael and JP Iberti, founders of Philadelphia’s LaColombe coffee roasters, have sold a majority of their business to Hamdi Ulukaya founder of Cherbani Yogurt who now controls La Colombe (Phila. PA,) leaving Carmichael more time to spend on his new Travel Channel show, Uncommon Grounds which debuted in September. Carmichael had been very critical when his competitor, Duane Sorenson, sold most of his Stumptown stake back in 2011. The tempestuous Mr. Sorenson appears to have changed his mind.

In recent weeks I’ve been hearing the word Sellout bandied around quite a bit followed or preceded by the names Stumptown, La Colombe and Intelligentsia. These three roasters are each identified with that rare breed of coffee roaster referenced by the media, The Third Wave; the young aggressive specialty roasters who entered the trade in the 1990’s and shook up the market with catch such phrases as Direct-Trade, artisanal, and cold-brew.

Sellout may reference a company’s financial equity changing hands, or all the tickets to a Tigers game being sold. In the parlance of the Sixties, Sellout was an insult hurled at a rock band for signing a lucrative contract with a mainstream recording studio. In a broader sense Sellout entered the vernacular as an epithet for someone who negated their credo in exchange for financial gain. It is a synonym for traitor.

No one who is a student of the specialty coffee landscape wants to believe that Doug Zell and Emily Mange sold out in the pejorative sense. Still, the changes of ownership at Intelly and Stump are a discouraging surprise to the faithful. Several companies that were at the heart of a generation of coffee are no longer independent companies helping to define the American coffee scene with the character of their coffee and their business personality. It will be interesting to see how Stumptown will fare as the brand is now just another corporate nameplate. Sorenson sold out to private equity firm TSG Consumer Partners LLC in 2011. TSG flipped Stumptown to Peet’s, themselves the North American front-man (2012) for Joh. A Benckiser. JAB, an acquirer of top end brands such as Jimmy Choo and Bally (Labelux,) has been feeding on some of Europe’s better known coffee brands in recent years, and shortly after buying Peet’s, acquired US based Caribou Coffee in 2013.

With so much activity, the question of what happens next is an open one. There are giants in these woods, and it remains to be seen who will prove to be predator and who will be prey in North America. The world’s second largest brand, Maxwell House, owned by Mondelez International, appears dormant at the moment. J. M. Smucker looks to be the satisfied manufacturers of Folgers, Millstone, Medaglia D’Oro, Dunkin’ and Pilon. Keurig Green Mountain is in turmoil, having fallen off its pedestal in in the last two years. Mother Parker, the quiet but powerful Canadian coffee roaster, has a foothold in single serve, and brands that include Savarin, Martinson, and Brown Gold in the US, and has been gaining shelf space for the Martison brand in US grocers. Farmer Brothers, is still digesting its 2008 acquisition of Sara Lee’s domestic foodservice brands including Cain’s, Continental, Wechsler, Greenwich Mills, and Superior. It also owns the Coffee Bean International specialty brand.  Other larger US Roasters such as S&D (Concord NC,) Royal Cup (Birmingham AL,) Reilly Foods (New Orleans LA,) Community Coffee (Baton Rouge LA,) Boyd Coffee (Portland OR,) Coffee Holding Co. (Staten Island NY,) and Tata’s Eight O’Clock (Montvale, NJ) all may find themselves active participants in the merger and acquisition dance.

The surprises will come as they have this past year in the specialty area, where reputations are made quickly, and rapid growth, which is needed to push the brand forward, requires large infusions of cash and outside talent. Here brands disappear as fast as melting butter; remember Handsome coffee? Traditionally smaller, more agile and more vulnerable than more established larger roasters, specialty brand owners often find it advantageous to bail either because they have made their point and it’s time to move on, or because their success in brand building has brought them to the point of economic collapse where only new money and the security of dispassionate talking suits can save the growing success of their company. 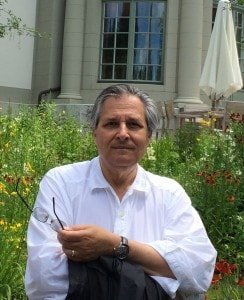 In the meanwhile, while no one was apparently watching, Peet’s purchased Mighty Leaf tea. Historically, the cycles of the coffee world keep repeating. Only the players change with the passage of time. I don’t know if Lanny Tauber could sing, but he was in pitch with Peter, Paul and Mary, as we are all called to “Take your place on The Great Mandala, as it moves through your brief moment of time.”

He can be found at coffeeman@gilliescoffee.com