The word Chai in Hindi means tea. What is referred to simply as “chai” in Western countries is what is known in India as Masala chai, literally meaning “Spice tea.” In Ancient days, Masala chai was used for medicinal purposes (in Ayurvedic practices), and was considered a remedy for minor illnesses. Early on, Masala chai was prepared in a variety of ways, served both hot and cold, and comprised of a wide array of spices.1

Surprisingly in earlier days, tea was not a very popular drink in India. It was not until the 1830’s, when the British East India Company became concerned about the Chinese monopoly on tea, which sustained the enormous consumption of tea in Great Britain. British settlers noticed the existence of the Assamese tea plants in India, and began to cultivate tea plantations locally.

However, consumption of tea within India still remained low until an aggressive promotional campaign by the British-owned Indian Tea Association in the early twentieth century; which encouraged factories, mines, and textile mills to provide tea breaks for their workers.1

The official promotion of tea was to be served in the English style, adding small quantities of milk and sugar. But Masala chai remained a part of Indian culture and, in its present form, firmly established itself as a popular beverage, spreading beyond South Asia to the rest of the world with its multi-cultural influences.

In Western countries, a sweeter and creamier version Masala chai was created, such as the chai latte. The basic Masala chai is made mainly with a base of black, green, rooibos tea, or in some cases yerba mate, and an assortment of spices. In India, each recipe varies from region to region, and family to family. This continues to be true, as different families as well as companies have capitalized on chai, creating their own blends and selling them loose, in tea-bags, powders, and concentrates. According to Christopher Merry, President of The Chai Company, “Companies like ours use whole leaf tea that is steeped in hot water and then steeped again with spices. This brewing process means that all of the goodness in the tea and spices is captured in the final product. Our chai is made with whole spices – ginger, cardamom, black pepper, clove, cinnamon, and vanilla.”

According to Bipin Patel, President of Tipu’s Chai, “Our (Masala chai) is a third generation family recipe that has been tested by my family’s migrations from India to Africa to England and now to the U.S. I have stayed loyal to the recipe and not cut corners. It is a recipe that is bolder, spicier, and more robust than most other chai’s. It’s not bland and weak; it is invigorating, bold and soothing too!”

In contrast, Eva Wong from the Republic of Tea says, “Our Republic Green Chai is Green tea blended with spicy ginger, cinnamon and cardamom is finished with sweetness of fresh almonds. Our Republic Red Chai is rooibos and it has been blended with a delicious mélange of other herbs and spices: orange, cinnamon, ginger, coriander, cardamom, star anise, fennel, black pepper, pimento and cloves. It is more subtle in flavor than our traditional Republic Chai.” Juanita Joachim from Tea Packs USA says, “What differentiates us is not only our quality of tea and spices, it is the wide selection of chai blends that we offer.”
Furthermore, Bhakti Chai is the only fresh chai in the market. It contains no preservatives and is made with Fair Trade and Organic tea, fresh organic ginger (they press 1,000 pounds of ginger on a weekly basis!), Organic evaporated cane juice, cardamom, black pepper, fennel, and clove.

Nowadays, chai is not limited to only drinks. People have used the Masala chai blend to create various dessert recipes. For instance, chai cupcakes and cookies, chai rice pudding, pumpkin chai latte cake (Yes, I am hungry), chai ice cream, and I am currently munching on Cary’s Tea Toffee Chai, which is a milk chocolate with English toffee bar blended with Masala chai spices. Delicious!

The Masala Blend was originated because of the individual healing properties of the spices. In addition, tea in itself has various health benefits and antioxidant properties. According to Dawn Lewis, President of Chaikhana Chai “Flavonoids and polyphenols are naturally occurring compounds in premium black and green tea. They function in the body as antioxidants and help neutralize the free radicals known to damage cells which can lead to diseases such as Cancer and heart disease. Also, by inhibiting the absorption of cholesterol in the digestive tract, tea helps prevent the forming of blood clots, which may cause a heart attack or stroke. Studies have also shown that black tea relaxes and expands your arteries, increasing blood flow to the heart, while improving the functioning of the blood vessels and lowering blood pressure.”

While chai could have a beneficial effect on adults, is it safe for children? Lewis says “Absolutely! Decaffeinated chai is usually an option and it is a great alternative to hot chocolate. Honey is energizing and good for the immune system, spices are good for tummies, and milk is full of protein, vitamin D and calcium.” Furthermore, Bipin from Tipu’s Chai adds, “I can only speak from personal experience. I grew up drinking chai and I think I was about 5 or 6 when I had my grandmother’s chai for the first time. I don’t think it did any permanent damage…except perhaps my addiction to chai!”

Beyond their profitability goals, many businesses in today’s world have adopted a philanthropic and social awareness philosophy. This is the case with Brook Eddy, Founder of Bhakti Chai (Bhakti meaning devotion through social action). She believes in a “triple-bottom-line business,” based on profitability, and ecological and social responsibility. Her company philosophy is based on the Swadhyay movement originated in India; where a main motto is “compelling individuals to serve their community by donating two days a month for the good of their community.” Besides the fact, that her chai is Organic and Fair Trade, through her business, she donates 10% to Non-profits that invest in women, girls, and the environment (See their story at http://www.bhaktichai.com). 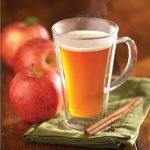 Masala chai has spread around the world, and its popularity is increasing as people try it and become informed. “As consumers become more aware of chai as a beverage option, it simply offers them another choice when coffee may not be what they are looking for, but they still want a hot drink. The health properties of tea and spices are becoming more of a news topic as well, which inspires those who have yet to experience chai to give it a try.” Says the President of Chaikhana Chai.

Marketing is always an essential part of selling any type of product. In the same way, every retailer should promote chai. Christopher Merry, from The Chai Company suggests “Specialty tea is a rapidly growing market and cafes can do a much better job in capturing some of this growth by offering a higher quality range of premium teas. A premium authentic chai should be a big part of that. A coffee shop that prides itself on handcrafted quality coffee should have the same mentality with all of their allied products. Promote it with posters; create drinks with it – like Chai-nog or Chider. Offer more types – regular, spicy, caffeine free, unsweetened – and give people samples.” Exotic and trendy beverages such as chai are a great addition to your specialty tea menu. Especially since it is not only flavorful, but also healing. Find fun and flavorful blends; promote them; make a profit.

Cinnamon –
Is thought to increase circulation and open breathing. In addition, it is used as a digestive stimulant and to treat joint pain.

Cardamom–
Is said to benefit the lungs, kidneys, and heart.

Cloves–
Have pain-relieving and antiseptic attributes.

Nutmeg–
Used for centuries to ease sciatica and promote the digestion of heavy foods. Ancient Arab physicians also used it to treat kidney and lymph problems.

Ginger–
Mainly known for its digestive properties; also used as a stimulant for the circulatory and immune systems.

Fennel–
Widely used to treat both kidney and ocular problems, as well as laryngitis.2