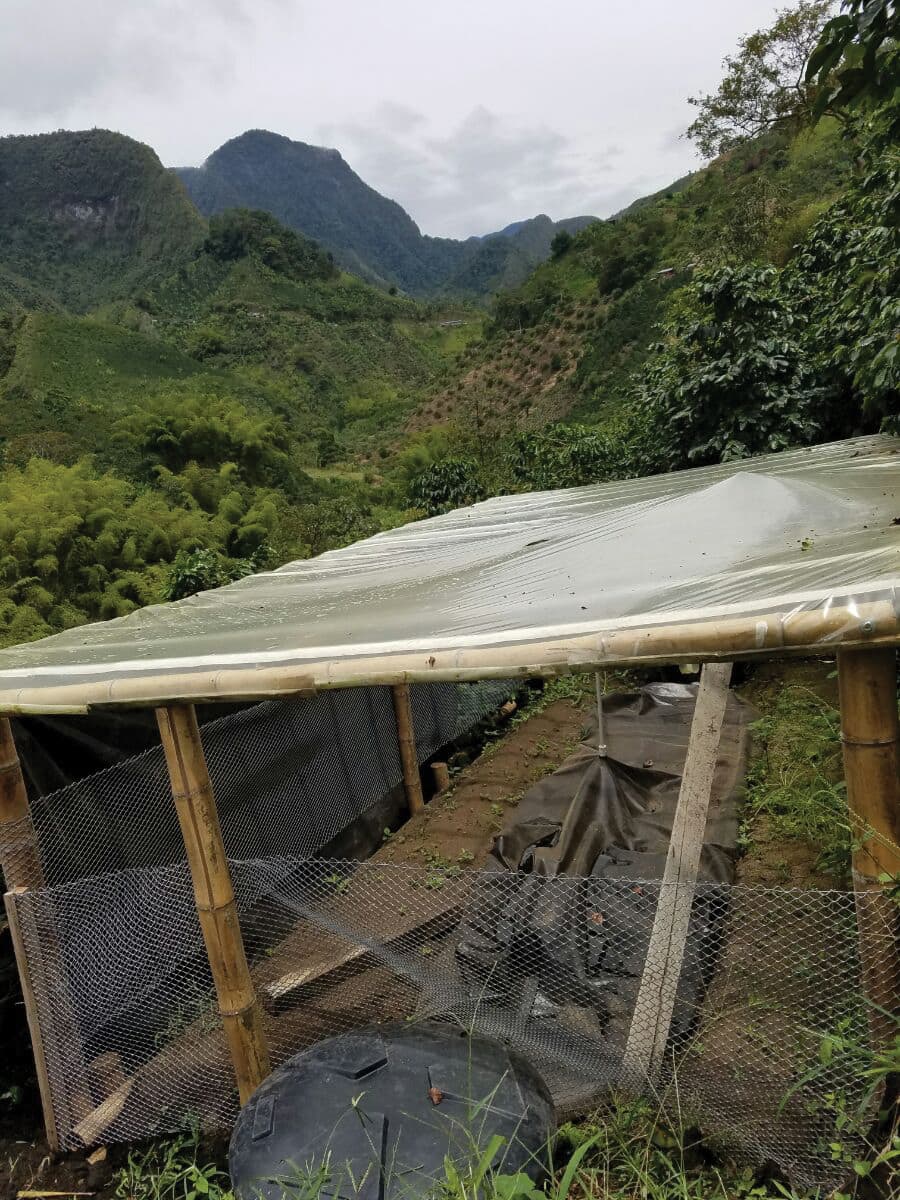 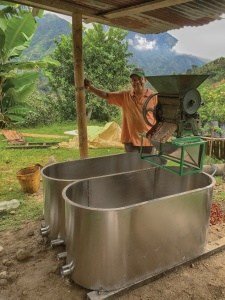 Coffee grower Oscar Morales Ospina proudly cultivates his crop on a five-acre farm left in his care a decade ago by his late father. The beans he grows near the town of Marulanda in central Colombia support his family and provide someone somewhere with a satisfying morning cup of joe.

“I was born on the farm,” says Don Oscar, who is in his early 40s. “Everyone in this region is a coffee grower. It is a family legacy.”

He had fond memories of working alongside his father. “We helped our father plant, weed and harvest coffee,” he says. “We have lived the entire process, from planting seedlings to filling bags and seeing the coffee grow.”

But as time went on, he and his neighboring farmers faced a dilemma. Their livelihood was taking a toll on the precious Guarinó River watershed. It was difficult enough to preserve soil and water resources in the steep slopes of this mountainous region, already prone to erosion. Intensive cultivation of the single crop was depleting and degrading the soil, and the wastewater from processing the coffee beans was polluting the river. The effects of climate change were exacerbating the deteriorating conditions.

This environmental degradation was a present threat not only to the livelihoods of the farmers in this community, but also to farmers downstream who depend on these natural resources. There was a danger that a point of no recovery was approaching.

Pinpointing the Problem, Finding the Solution 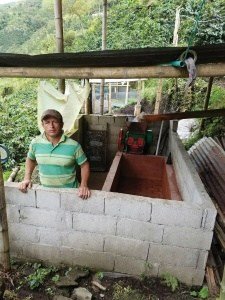 A coffee farmer participating in the Pro-Café project shows off his depulping equipment.

In an effort to protect the ecosystem and reverse the environmental damage, Lutheran World Relief teamed with a partner who knows a few things about coffee: The Starbucks Foundation. With the foundation’s support, along with local partner Programa de Desarollo y Paz del Magdalena Centro, LWR is working with the farmers and local communities in a project called Pro-Café, which seeks to protect and preserve ecosystems for sustainable coffee livelihoods.

It was not difficult to pinpoint two major sources of water pollution: household sewage and the nutrient-rich wastewater left over from processing the coffee beans. Luckily, solutions weren’t difficult either.

Addressing the wastewater from coffee processing required new equipment that makes the process more efficient and uses less water. In the wet method of processing, the coffee bean is separated from the fruit that surrounds it.  Traditionally, this step in wet milling used a significant amount of water. After de-pulping, the beans were fermented for 8-12 hours, and then washed to remove any remaining mucilage, another step that required a lot of water.  At the end of the processing, the water that contained mucilage and other organic matter, was often returned to waterways, a step in the process that was responsible for the death of many waterways in Latin America. 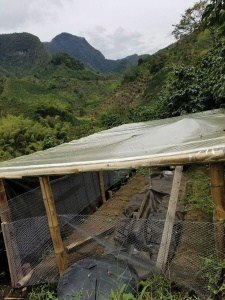 This biodigester breaks down organic matter and produces gas that can be used in homes as cooking fuel.

Newer de-pulping equipment that has been introduced greatly reduces the amount of water needed in this step, and requires little, if any fermentation or washing.  Any effluent is then collected in wastewater treatment systems to reduce the organic pollutants before being released again to the river – often cleaner than when it was first removed for wet milling.  Pro-café is providing farmers with modern processing equipment to replace the traditional wet mills they used to process the coffee, and has reduced water usage by close to fifty percent.

As an added benefit, the pulp, mucilage and other organic matter that is left over is placed in an LWR-provided biodigester, a device that uses bacteria to break down organic matter. The methane gas that results from this process provides between four to eight hours of cooking fuel daily, and the leftover compost makes an excellent fertilizer.

Don Oscar says he is pleased with the new coffee processing system. Not only does it protect the environment where he and his family live, but he believes it also improves the quality of his coffee.

“The coffee washing tanks do not make the coffee taste sour like traditional cement tanks,” he says. “There is no bad odor, there is not so much waste and the coffee looks very nice. It is whiter and better washed.

“I realize that I am taking better coffee to the market and I am getting a better price.”