This is not a story of an epic journey like Alex Haley’s to find his ancestry, but I did discover a pretty cool tie to my present situation in the coffee world and to a shrubby little coffee plant in Kenya.

If you were to really do the in-depth research, like Mr. Haley did in his book, ‘Roots’, the coffee person would find themselves embracing their ancestry in Ethiopia where coffee began. That is assuming of course your family history included the Arabica ancestry. If you were of the Robusta lineage, your genealogical journey would end in Uganda. My revelation only dates back about one generation and lands me in a little town called Ruiru about an hour outside of Nairobi, Kenya. 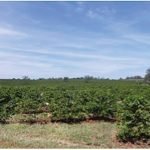 In the SPECIALTY coffee family, specifically the Coffee Quality Institute clan, there is a key figure in the family. Let me introduce you to Ruiru 11. This scrubby little guy is about 4 feet tall. Don’t let its small size fool you. It was built to be resistent to CBD (coffee berry disease), which is a big problem for Kenya Coffee Farmers. It is the creation of the Coffee Research Fondation located in Ruiru. The problem was the mixed reviews it was getting for cup quality. It was at this moment that MY roots in coffee begin.

The Coffee Reasearch Foundation needed some objective help to define the flavor characteristics of Kenyan Coffee so they could compare the Ruiru 11 to those norms. Then they could say once and for all if the taste characteristics were better / same / worse.

They found an upstart organization, a committee really, under the SCAA called the Specialty Coffee Institute. It was co-founded by Ted Lingle who was then the Executive Director of SCAA. The one employee they had, Joseph Rivera, was charged with doing research for the group. He was put on this project as well.

Joseph used several coffees from Kenya. This included a lot that just garnered a superior price at auction, some SL28 and Ruiru11. The goal was to do an analysis of the organic acid makeup of this coffee and to try and compare it to other coffees. Thereby an understanding of the flavor differences in the coffee created by the various organic acids might be achieved. This research became one of the cornerstones to understanding quality in coffee and led to additional research as to how to develop certain acids in coffee. 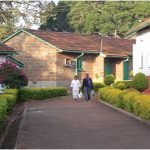 Here are some things that we know as a result of the research and subsequent studies. The acids that created the biggest positive changes in the Kenyan coffee were Phosphoric and Malic acids. Let’s look at each one, how they are created, and there effect on coffee flavor.

Malic Acid is the “apple acid” as it can contribute to the perception of green apple tartness and sweetness in the flavor of coffee. It is produced when the coffee matures more slowly. Higher altitudes and shady conditions will allow a coffee to mature at a reduced pace due to lower temperatures. If the coffee has time to ripen slowly, the acidic development is greatly enhanced as the ‘citric acid cycle’ is allowed to continue and the plant will produce more acids.

Phosphoric acid is developed when coffee absorbs phosphates in the soil. These can be naturally occurring or added to the soil through fertilizers. The most notable feature of phosphoric acid is that is does not have a taste per se, but it adds to the brightness or the perception of acidity in the taste. Phosphates also make the bubbles in sodas. This adds to the ‘excitement’ of the soda but does not affect the flavor. (If you let a soda go flat, it still tastes the same, but its taste is boring or stale.) The interesting thing about these two acids is that they each have very small amounts in coffee compared to other acids. They are the smallest acids having the best impact on flavor. 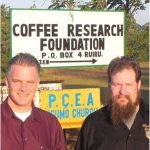 So why was the Kenyan Coffee so different? The study concluded that the Kenyan coffees had more phoshoric and malic acid than a washed Colombian used in the study. You can imagine that this had a dramatic impact on the coffee. WARNING: It would be foolish to assume that ALL Kenyan coffees have this trait anymore than you can say that ALL Indonesians have lower body. Some generalizations are helpful but it all comes down to the individual lots. As we just demonstrated, different growing conditions and different soil make up can cause a coffee to have a dramatically different profile than other coffees of the same country. Joseph Rivera summarized, “The study really shed the light on the role of acids and how they interact to effect coffee flavor. It’s amazing how relatively small changes in coffee brew compositions can bring about entirely new flavor profiles, even within the same coffee.”

So how does this relate to MY coffee roots? Rivera shared this with me, “I think the study played a huge role in initially bringing about a greater level of awareness to the whole issue of coffee chemistry. Since then, we have seen the development of the Q-Program, sensory tests, as well as several tools in an effort to objectively assess coffee quality. Prior to this, I think the industry was more of an ‘art’ with little to any ‘science’.”

Specialty Coffee Institute soon became CQI. CQI had a new mission: The Coffee Quality Institute (CQI) is a nonprofit organization working internationally to improve the quality of coffee and the lives of the people who produce it. The Q-Coffee system, the Q-Grader course, and the science that supports it manifested from this original research.

I became a Q-Grader instructor in 2010 and I now travel the world sharing this information. And only coincidently I ended up teaching at the Coffee Research Foundation in Ruiru, Kenya, the very lab in which Ruiru 11 was created. I was back to my coffee roots.

I would like to personally thank the Coffee Research Foundation and Coffee Quality Institute for their research and desire to improve quality in the supply chain. Because of them, I get to do what I do! Oh and just to beat the ‘Roots’ theme to death: “I FOUND you! Ruiru11 I FOUND you.”