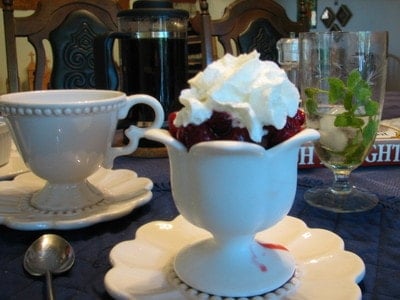 The total capacity of the coffee market in Russia is currently estimated at 223,000 tonnes, with an average annual growth rate of about 2-3%. The county’s coffee market is highly competitive and consists of several very different segments, each of which has its own leaders narrowly focused in working in a particular area. About 75% of the Russian coffee market in volume terms account for instant coffee – freeze-dried, granulated, powdered and coffee drinks. The remaining 25% is belonged to natural coffee, and in recent years, this percentage is gradually increasing. Statistics show that coffee sales in the country over the past five years almost doubled. As a result, Russia has entered the top ten consuming countries in the world. Currently it occupies 7th place in the list of largest consumers after the United States, Brazil, Germany, Japan, France, and Italy. Russia also ranked first place in the world in the consumption of instant coffee.

Russians changing their consumption habits
Traditionally, the Russians have consumed tea, but in the last decade the average Russian coffee consumption has rapidly increased – by 4 times in 2012 compared to the level of 2000, when only 68 million people in the country regularly consumed coffee. In 2014, this figure, according to numerous forecasts, will rise to 94 million people. This accounts for more than 60% of the Russian population.

This trend came mainly by the developing of fast food chains, such as Starbucks or Coffee House. However, at the same time, the country remains one the largest tea-consuming countries in the world. According to the official statics in 2012 about 94% of Russians drink tea, with only three countries in the world being higher: India – 95%, Indonesia – about 96% and the United Arab Emirates – about 98%.

It should be noted that in recent years, Russians are increasingly opting for coffees that are more expensive. Thus, the share of the highest price segment in the Russian coffee market grew from 7% of the total market in 2005 to 16% in 2012. Gradually, Russians are moving to the consumption of natural coffee. Both these trends could be partly explained by the level of income growth in recent years.

Experts pointed out that the segment of the freeze-dried coffee in Russia has already now reached its saturation, resulting in volume growing very slowly. The main growth of the industry in the coming years will be the natural coffee sector. According to preliminary forecasts, the capacity of the Russian coffee market will rise to 350,000 tonnes in 2020. At the same time the share of instant coffee will decrease by 15% to 60% of the total market structure.

Specialty market is actively developing with the roadside cafeterias
At the same time the specialty coffee market in Russia is projected to boom in coming years. As it has been forecasted in the international forum “Coffee and Tea” in 2012, organized with the support of the Specialty Coffee Association of Europe (SCAE) with new types of advertisement and promotions, the total volume of sales of coffee houses and retailers could grow 8% per year at least until 2016.

At the forum, it was announced that market players are currently seeing the most promising area for further development in the creation of roadside cafeterias. Already two large coffee houses in 2012 announced plans for the expansion in this segment of the market: American coffee house chain Starbucks Coffee Company and the Russian coffee house Caffeine. According to some reports, the other market players in Russia have similar plans in various stages of consideration.

Starbucks Coffee Company is expanding its Seattle’s Best Coffee chain the first restaurants appearing in the country by the end of the year. Such restaurants will be able to serve up to 36 thousand visitors – a huge amount by the standards of Russia, which has the potential to significantly increase the consumption of coffee.

According to the head of a network of coffee houses “Caffeine” Eugene Kogan, development of roadside cafeterias has a great potential in Russia. “Right now we have no culture of drinking coffee in the car, but previously no one knew about Japanese sushi, but now they’re selling all over the place,” – says Kogan. According to him, large investments in this segment could result in seriously changing the culture of drinking coffee in Russia within the coming five years.

Network “Caffeine” is also planning to develop and launch the concept of roadside cafeterias “It is in our long-term plans. In the meantime, we are expanding the geography of our work with the opening of cafeterias in Surgut, Ufa, Tyumen, Kazan and St. Petersburg.”

Natural coffee segment has bright future
In the market of natural coffee, dominance of foreign companies is not absolute. Here, the main players are the following companies: Orimi trade, Russia – 25-30% of the market; Paulig Group Finland – from 15.5% to 17%; Strauss Group, Israel – 13.5%.

However, according to experts, the profitability of small Russian companies in the segment of natural coffee can be only half a percent, which is much lower than in the instant coffee segment as well as the level of profitability of large companies. Thus, according to experts the growth of the volume of natural coffee market will go in parallel with the consolidation of the industry.