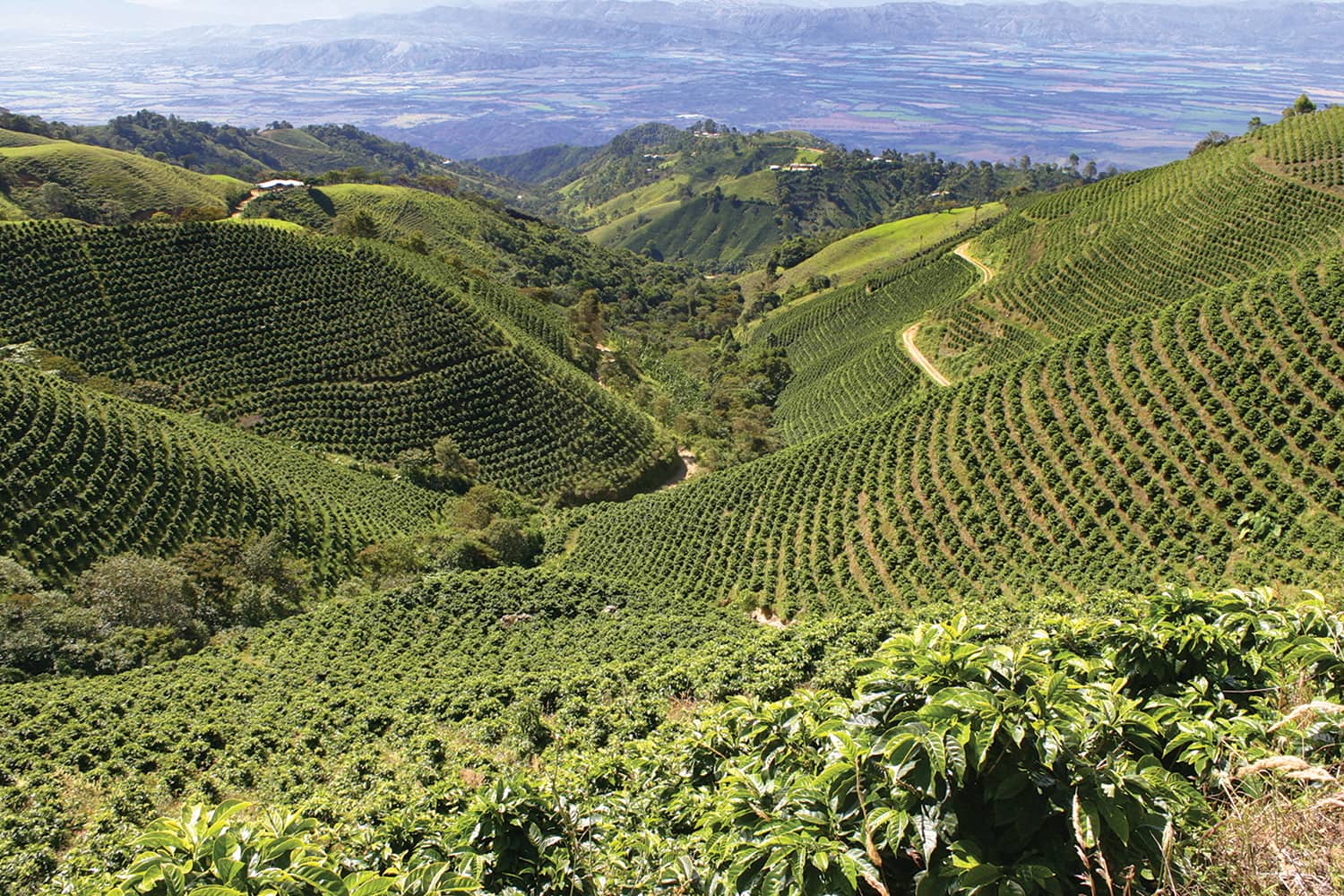 The presence of Hemileia Vastatrix (coffee rust fungus, aka La Roya) in Central America (Costa Rica, El Salvador, Guatemala, Honduras, Nicaragua and Panama) in conjunction with adverse weather conditions, has been the main causes of the drop in coffee production in the region. It estimated that a full 20% of the 2012-2013 coffee harvest has been lost due to these two factors; a total of 3.7 million quintales (100 kilograms).

Peru
The third largest producer of coffee in South America closed its 2012 harvest with a drop over the previous year’s production due to low yields, scarcity of labor and the spread of the coffee rust fungus. This troubling situation led the Peruvian government to estimate a 25% drop over the production of 2011, for an estimated 5.5 million 45 kg sacks. Production was reduced due to the exhaustion of mature plants at the end of their natural cycle. 2011 was an exceptional year with a record harvest of 7.2 million sacks of coffee.

Guatemala
As recently as September of 2012, Bangut (Banco de Guatemala) reported a drop in coffee export sales of 17.9% compared to the same period in 2011. This drop in export sales is despite having increased export volumes of coffee which included 4.6 million quintales during the previous harvest and 4.8 million during the last harvest.

According to the Coffee Exporters Association (Anacafe), the drop in income is due to market supply and demand, the international economic crisis and increased production in Brazil and Vietnam. According to the department of records and operations of Anacafe, the principal markets for Guatemalan coffee were: United States (45%), Japan (13%), Canada and Germany (8% each) and Belgium (6%).

Colombia
The South American country had its smallest harvest in three decades in 2012. The decrease in production was mainly due to the heavy rains in the main coffee growing areas and a program of renovating the plantings. Colombia’s coffee production was 7.74 million 60 kg sacks, down from 7.8 million in 2011. Colombia failed to meet its production goal of 8 million sacks, even though production during December increased to 904,000 sacks, a 23% increase over the previous year’s harvest of 735,000 sacs. Export sales volumes dropped by 6.76% to 7.21 million sacks from the previous year’s levels of 7.73 million.

The association of coffee producers blamed the heavy rains during the end of 2011 and excess humidity in the coffee growing regions for the drop in production. The expected production level was 11 million sacks, which was not attained due to climatic factors and the slow incorporation of newly planted coffee fields into production. Colombia replanted 110,000 hectares during 2012.

Honduras
Honduras had a successful year during 2011-2012; export volumes reached 7.25 million quintales. Total revenue from coffee exports reached a record US$ 1.4 million. National coffee production was a total 7.4 million quintales, exceeding the previous year’s production of 5.2 million. These new production levels make Honduras the largest coffee exporter in Central America, according to data from the International Coffee Organization. During the 2010-2011 coffee harvest, Honduras was ranked in sixth place among coffee exporters and displaced Colombia. The use of fertilizers and an improvement in coffee quality have accounted for the dramatic increase in production, allowing Honduras to increase exports to Germany and the United States.

Costa Rica
After suffering a drop in coffee exports at the beginning of the decade, coffee exports to South Korea took off in 2008 and kept increasing. In 2012, Costa Rica exported US$ 8.5 million, which was a 43% increase over coffee export revenues in 2011 and five times what it was exporting just four years ago when the upturn began. One of the major coffee exporters in Costa Rica is Café Capris, belonging to the Volcafe Group.

Despite these encouraging sales reports, national coffee growers in Costa Rica have lost US$42.6 million from the 2012-2013 coffee harvest due to coffee rust fungus, which has mostly affected lowland coffee growers.
Pérez Zeledón has lost over 6,000 hectares and Coto Brus has over 4,000 hectares severely affected by the fungus.

El Salvador
El Salvador will produce 18.9% more coffee during the current harvest, which began in October 2012, due to increased use of fertilizers and coffee planting renewal. This small Central American nation expects to produce 1.45 million 60 kg sacks during the 2012/13 harvest. Production has been favored by the twice yearly harvest of coffee and an improved agricultural technical support program. El Salvador exports 90 percent of its coffee production, which is one of its main exports.

Nicaragua
Although coffee has been Nicaragua’s main export, this may change in 2013, because large parts of Nicaragua’s coffee plantations have been infected with the coffee rust fungus. According to ACEN (Asociación de Cafés Especiales de Nicaragua), the country could forgo US$ 4.5 in coffee sales due to the coffee rust fungus during the 2013-2014 production cycle. The president of the Nicaraguan Association of Coffee Exporters recently stated that production may be down by as much as 400,000 quintales this harvest, due to the fungus. This decrease in production would certainly affect exports and impact on coffee prices worldwide due to the decrease in supply. According to experts in the area, Nicaragua’s total coffee exports may only reach US$ 130 million in 2013.