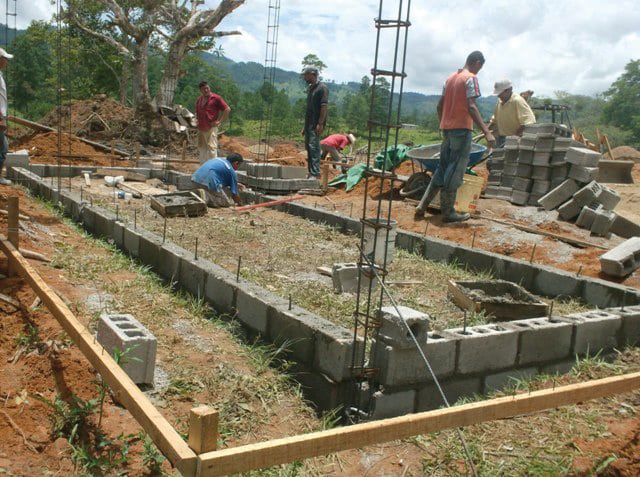 [wpg width=”400″ height=”300″ align=”right”]Café Solar is an important new coffee development (even among the many others coming out of the Coffee Universe!)

First, as its brand name proclaims, this Honduras coffee is being dried in the world’s first solar-powered green coffee processing mill.

Second, it’s the result of 17 years of development by the Mesoamerican Development Institute (MDI), a U.S. non-profit based on campus at the University of Massachusetts, Lowell, and which is also a Honduras-based Non-Governmental Organization in partnerships with three Central American universities in Honduras, Costa Rica and Nicaragua. (MDI’s motto is ‘If we don’t have it, we invent it.”)

And for the first time, Café Solar green coffee will be shipped in May directly from the Cooperative COMISUYL to Red Barn Coffee Roasters in Upton, Massachusetts, where it will be roasted for sale at Red Barn’s cafes, ecommerce store sales and at the University of Massachusetts Lowell campus

The working relationship between Massachusetts-based Red Barn and UMass Lowell’s MDI, and the Honduras coop COMISUYL, is one of the innovative ways consuming country roasters are pioneering “Direct Trade,” the alternative model gaining increasing attention.

The Yoro processing center is ‘off-grid’ in that it generates its own electricity, and allows local farmers through their coop to not only process but also to export their harvest directly to the world specialty coffee market. And not only to the U.S. but also to roasters in Canada, Sweden and Ireland, a first in 100 years of coffee production in Yoro, Honduras.

The Yoro center is the only facility able to industrially dry coffee without burning wood from threatened tropical forests, the fuel source for conventional dryers having resulted in vast deforestation in Honduras and other coffeelands where mechanical drying is done this way.

Most of the facility is operated by local youth of the community of Subirana trained in the use of renewable energy technology and quality control and preparation by MDI and COMISUYL.

Another significant aspect of Café Solar is that the cooperative and the processing center are both managed by women: the COMISUYL General Manager is Maira Manzanares, and the Yoro processing plant  Manager is Orbeli Manzanares Ulloa. Maira is a coffee farmer whose grandfather was one of the first to begin planting coffee in the region and has been involved since a child in all aspects of coffee production.

Orbeli is also a coffee farmer whose knowledge of coffee preparation and quality control was enhanced through training  funded by through Fair Trade International and Mesoamerican Development Institute.

Orbeli recently represented MDI at a seminar with USAID in which USAID is hoping to gain from her experience in running the world’s first off-grid processing center.

Also the Yoro solar energy plant is backed up with an additional ‘renewable energy’ ‘biofuel’ for the generation of electricity made from an indigenous tree, Jatropha Curcas. A local farmer-owned company, generating additional jobs and income, produces the oil.

In a U.S.-based parallel around contributing to the local economy, the Yoro solar and biofuel-powered green coffee processing center was manufactured largely in Massachusetts and New Hampshire, benefitting New England’s economy as well Honduras’.

Another unusual and innovative aspect of Café Solar is that  it has been designated the “official sustainable coffee” of the UMass Lowell campus, one of five in the overall UMass statewide system. That’s because of Café Solar’s history of serving as a sort of ‘coffee curriculum’ generating many educational projects examining “Sustainability” from multidisciplinary perspectives, an approach necessitated by the complexity of this increasingly used but still widely oversimplified term.

These projects have ranged from engineering of the solar and biofuel-powered green coffee processing mills to the business and social issues of coffee, as well as to consumer country branding and marketing.
As a result, an interdisciplinary faculty group at UMass Lowell has begun meeting to develop an entire seminar focused on Café Solar.

Another critical environmental aspect of the Café Solar story is that the Cooperative COMISUYL is preparing to transition coffee farms to MDI’s trademarked forest-friendly land management system called “Integrated Open Canopy” (IOC), which MDI has been studying with graduate and doctoral students from the University of Massachusetts and the US Forest Service for the past eight years.

In addition to increasing crop yields, IOC has been found to provide habitat for a multitude of endangered migratory and resident bird species, as well as other forest-dependent wildlife not supported by other coffee production methods, including the much more widely-known and certified practice of ‘shade grown’, making it quite likely there’s more controversy to come around these issues.

And visit www.mesoamerican.org for more information about solar and biofuel-powered green coffee processing, Integrated Open Canopy land management, and how UMass Lowell and UMass Amherst faculty and students have been involved with Café Solar and MDI.

Peter Friedland has been an environmental journalist and social venture coffee company developer, including having roasted coffee over the past 14 years. Currently a Sustainable and Specialty Coffee consultant, he is proud to do Disclosure that yes, he is also a “sales rep” for Cafe Solar in the best spirit and practice of combining Social Change with Commerce.