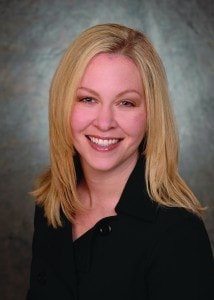 While tea may be one of the oldest and most familiar beverages in the world, it’s more popular than ever. Thus, it’s imperative that retailers step up their tea offerings, to reach new customers and increase profits.
Here’s a look at some of the key developments in tea.

Green tea
While 90 percent of tea consumed in the U.S. is black, green tea consumption has doubled in recent years to about 10 percent, according to the Tea Association of the USA. Awareness of the health and wellness attributes of tea accounts for its popularity with Millennials and Baby Boomers alike. Green tea’s antioxidant-rich reputation makes it a key ingredient in juice blends and functional foods. Matcha smoothies and the addition of black and green tea to baked goods is growing, and coffeehouses are experiencing great sales results with sweet tea and flavored tea lattes, both hot and cold.

Ready-to-drink teas
Ready-to-drink teas have found their way into supermarkets in a greater variety than ever before, and sales of tea in convenient and widely available bottles and cans outpaced soft drinks in 2008. In fact, sales of U.S. bottled RTD tea increased 29 percent to $118 million in Mexico, and Coca Cola is selling green-tea flavored Sprite in China. Specialty brands such as Coca-Cola’s Honest Tea are now widely available from large distributors. Smaller regional tea companies like Numi Tea now bottle their teas, and large manufacturers, like Japanese beverage giant Ito En, are importing a new line of TEAS tea in three tiers of sweetness. Every grab-and-go cooler in coffeehouses should provide the lunch crowd with a selection of these RTD teas.

Sexy, modern tea wares
Tea is very popular with a new generation and, thus, hip tea ware and utensils are a natural extension. A younger demographic responds to tea products and gifts that are modern, BPA free, user-friendly and cleanly designed. Retailers will benefit from making these giftware items available at their shop. Consider using wares like Moroccan ceramics, for example, for in-store service. The trend is to use origin-influenced tea wares that compliment a specific tea on your menu.

Organic tea, sustainability and health
The U.S. is now the world’s largest market for organics and the largest consumer of Fair Trade goods. Every major supermarket chain, including Wal-Mart, now sells organic foods. Naturally, with the emphasis on global connectivity and an influx of younger people drinking tea, there is a strengthening demand for organic and sustainable tea products.

We will surely see more natural product retailers selling private-label organic teas, and most big retailers already have their organic private label lines and teas will be included. This is an opportunity for retailers to add organic tea to the mix and reach a large buying audience that seeks these products.

There is also a rush of new products formulated to enhance tea’s healthy reputation. Large manufacturers such as Hain Celestial and Bigelow Tea have added probiotics, omega-3s, ginseng, guarana, ginger and more to bottled and packaged tea. Natural product retailers are selling private-label tea, herbals and organic tea. Retailers including Safeway and Kroger added organic tea to their store-band mix to reach a large buying audience seeking these products.

Celebrity tea lines
Actor Chris Noth, the Sex & the City star and former New York club boss, launched a green tea line in April, and celebrities from Donald J. Trump to Lady Gaga and Padma Lakshmi have their own tea lines or are planning to launch tea lines, which showcases tea’s heightened standing in the marketplace. The popularity of these lines is helping to introduce tea to new audiences. Celebrities clearly see the value in getting in the tea business.

Men and Millennials
The fastest growing demographic of attendees at World Tea Expo, the annual event for the tea industry, is between the ages of 18 to 28, and they are men, according to data from the Expo’s 2008, 2009 and 2010 events. The industry is not only seeing a younger generation of tea professionals at its events, but it’s seeing tea companies and retailers market to men and Millennials with specific products.
Young tea drinkers reject the rituals of their grandparents, choosing more casual settings to imbibe. They are globally connected, and attracted to teas’ exotic nature. They are avid researchers who drink a diversity of teas from many regions.
“The early adoption of tea as a beverage of choice by Millennials indicates longevity for the category,” says Annis Lyles, vice president of media and interactive for Coca-Cola, North America.

From “specialty” to “premium”
The tea industry used to group all of its whole-leaf tea into a category called “specialty.” Tea professionals, manufacturers and chefs have further categorized specialty as a group of flavored beverages such as tea lattes, Thai tea, southern-style sweet tea and teapuccinos. The term “premium” refers to high-quality tea versus tea that is simply whole leaf or scented. Essentially, as the palates of tea drinkers evolve, so does the nomenclature. While sales of specialty tea remain a small portion of the U.S. market, this fast-growing segment is driving innovation and the growth of specialty retail ventures. Like cheese shops and wine merchants, tea retailers featuring 100 to 150 selections are appearing in markets with populations of 200,000 and greater and thriving in large high-rent regional malls.

Innovative tea packaging
Quality tea is always the first priority, but consumers also appreciate unique packaging, especially if the tea is meant to be a gift. Companies like Tea Forte offer a brilliant example of packaging innovation. Right now, innovative, made-from-the-earth and functional tea product packaging is “in.” As an example, when Ajiri Tea launched at 2010 World Tea Expo, their hand-made tea packaging from women in Kenya, made out of banana leaves, was a huge hit. Rather than placing it in a typical tin, they communicated the teas’ soul through the packaging.
Also, Tetulia chose a compostable canister that breaks down naturally in 150 days and holds 16 biodegradable, silken pyramid tea bags. “We wanted something that was kind to our earth… but sometimes it can be challenging to have an earth-friendly yet attractive package. We think we married the two just perfectly,” says Director of Marketing Chris Olsen.

An emphasis on tea origins
Attendees at 2011 World Tea Expo can also expect a greater emphasis placed on traditional tea customs from different countries. We’re seeing the industry and consumers talking more about the origin of the tea they are drinking, the process it took to get here and the cultural customs surrounding it.

Certainly, 2011 is an exciting time for the tea industry, and this year’s World Tea Expo, June 24 – 26 in Las Vegas, will most certainly highlight all the major tea trends.