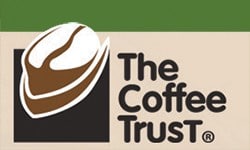 Project Description
The municipality of San Gaspar, Chajul is located 275 kilometers Northwest of Guatemala City, in the department of Quiché. Along with the municipalities of Santa Maria Nebaj and San Juan Cotzal, it makes up the homeland of the Maya Ixil ethnic group. In an area that was badly hit during the Guatemalan civil war, Chajul has, since the late 80s, become a producer of one the finest Fairtrade organic coffees in the country, through the help of the Association Chajulense La Unión, an association of coffee farmers brought together by Rosolino Bianchetti, a Catholic priest.

By 2006, the association of coffee farmers employed nearly 500 women to sort coffee by hand. That same year, due to the need to reduce costs, the organization introduced conveyor belts for the sorting process, which resulted in the layoff of 300 women. With the support of Chajulense and other consultants, the women joined together to determine what they could do after losing their jobs. Fifty women decided to organize themselves to look for opportunities to continue growing and learning. And so begins the story of the Chajulense Women United for Life.

The women began producing and selling weavings, a project inherited from the Chajulense Association, and in 2007 they formed a micro-credit program to launch and encourage productive projects. In the weaving program, 50 women create products that are exported to the USA and Europe, along with sales in Guatemala. They are high quality, long lasting products created on back strap looms and foot looms that don’t fray or lose their color.

To date, the association continues to grow and the credit program has provided credit to 675 women at a low interest rate. The women need to organize into groups of 15 to 25 members and offer a solidarity guarantee; that is to say, if one of the women doesn’t pay back the credit, the rest of the group will pay. For that reason the women are very careful with whom they allow in their groups. Each of the groups has their own board of directors that supports in the administration of the credit. In the last two years, the credit program has had 0 percent default rate, meaning that every group has been able to make all of their payments. Additionally, the association asks the groups to maintain 10 percent of the money they receive during the year in a savings account at a bank. The savings helps them build up working capital. For the majority of the women this is the first time they have ever been able to save money.

The association also provides financial literacy training where the women learn to be better administrators at home and in their business dealings, making budgets and maintaining a register of income and expenses. This training is based on training from the institution, Save the Children. Another service offered by the association is a small insurance program, which helped when one member died. The association paid off her remaining credit and gave nearly $200 to the family to help cover funeral expenses.

To illustrate the importance of the association of women in the middle of this area that was dramatically affected by armed conflict, we share the story of 55 year-old Maria Hu Mateo. Maria, with a family of eight children, saw her husband kidnapped at the beginning of the 80s. He was eventually freed as an innocent man, but he had been beaten badly. With time he fell in a deep depression and became physically ill until he could no longer work. Finally, Baltazar died in 2007 and Maria was left with six children to care for after two had married.

In the midst of a difficult economic situation, Maria joined the Chajulense Women’s Association and began a business selling baskets and food in the local market. With a credit of just $1,000 she began earning around $75 per month, a modest income with which she could raise her children and even send them to school.

Stories like Maria Hu’s are abundant in the association, even though the credits are small (on average $400), they make a difference in the women’s quality of life. Chajul has a population of 42,000 in a zone where nearly 85 percent are at or below the poverty level, that is to say that more than 35,000 people live on less than $2 a day. In this context, the Chajulense Women’s Association continues forward and projects to become self-sustaining with their credit program this year. Even though there is a long road to travel to make a significant difference in the area, the association has already become key for the development of the Ixil women.