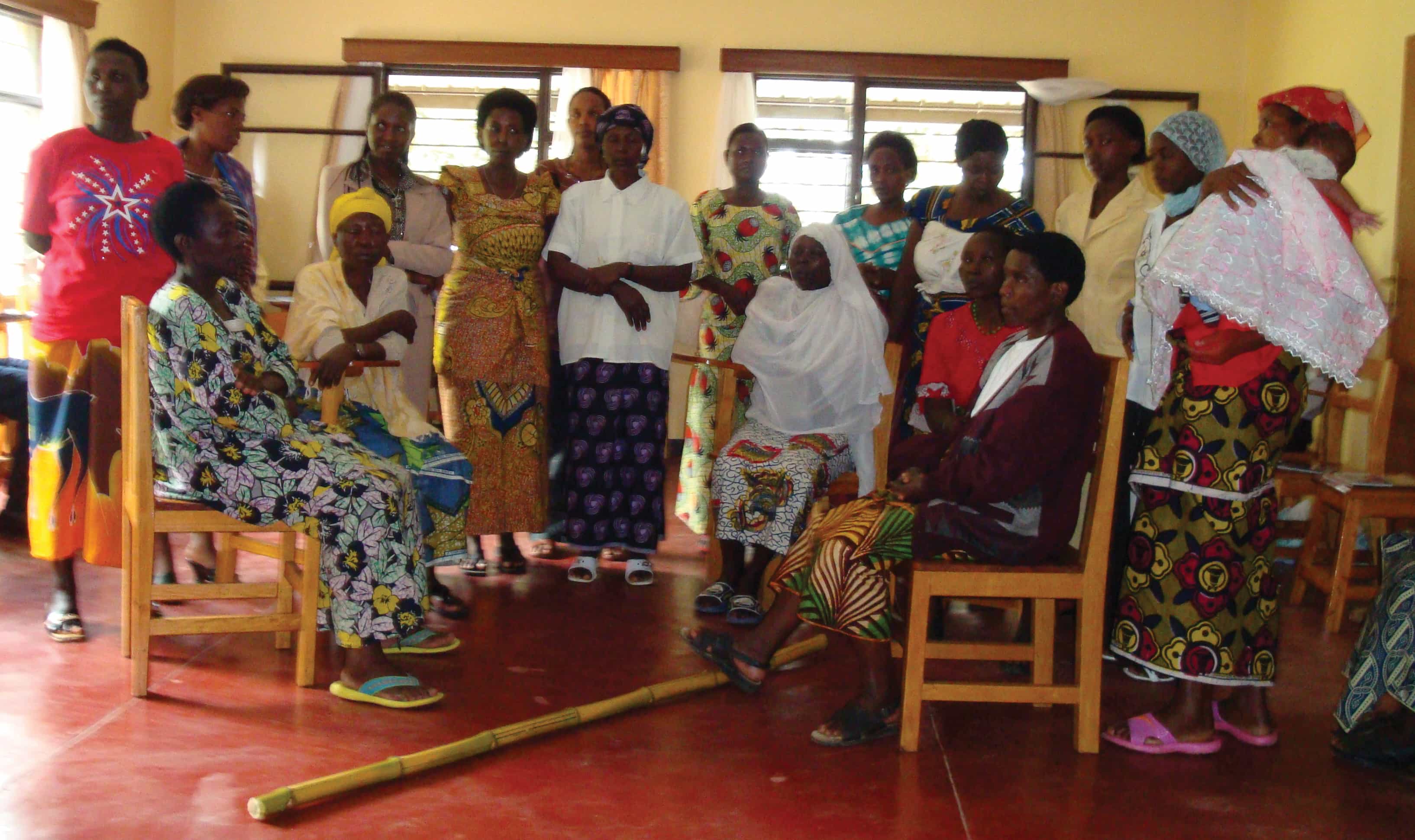 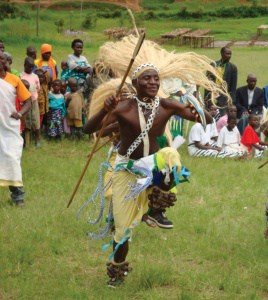 I must confess that I was a little nervous driving from the Rwandan capital, Kigali, past the Hotel Rwanda and several markers noting churches, hospitals, and schools where much of the genocide took place here in 1994. As we headed towards the distant, lush mountains, I wondered how many of the farmers (both men and women) who would be participating in our program “Men and Women Working Together to Overcome Gender-Based Violence” had participated in some way in the genocide, the ninety days of madness that resulted in the slaughter of nearly a million Tutsis and moderate Hutus.

But Rwanda is a country that has tackled the genocide head-on. They have worked so hard to achieve an inclusive government of national unity, to punish the leaders of the genocide, and strive for formal reconciliation and forgiveness for those involved at the grassroots. It is sobering and impressive. People will talk about the genocide generically, but don’t want to talk personal stories or details. It is too painful, the reconciliation process too fragile and emotional.

Last year, a wonderful organization called Men’s Resources International was considering a gender violence training in Rwanda and we offered to pay for three coffee farmers to participate, paying their transportation, room and board, and all fees for the workshops. Our idea was that if the trainings were a success and useful in the eyes of the farmers, then we would fund a full training for farmers from COOPAC, the cooperative we purchase from in the northwest of the country, on the shores of Lake Kivu and near the Congo border. After the training, I received a letter signed by the farmers stating that the work was life-changing, and asking me to make it available to more farmers in Rwanda. We were on.

So, over a long weekend in September, Steven and James from MRI facilitated an experiential workshop for fifteen men and fifteen women from COOPAC, exploring gender-based violence in their lives, examining the attributes of strong men and strong women in respectful relationships (economically, physically and socially). At first, few men acknowledged any violence in their lives, and only two had ever apologized to a woman for anything. They didn’t consider it violence when a new bride came home and was beaten to show her what her place was and the expectations in her new home. Nor was it violence in some eyes to take the money from the family, spend it on alcohol or other women, and return to infect a wife with HIV or other STD’s. A woman’s ideas were not welcome, especially if she spoke up without receiving permission, and one Muslim woman in the group said that a strong woman is one who obeys her husband no matter what. But in the safe container created by Steven and James, the women spoke up. They shared their own views on what constituted violence, on what was culturally appropriate and what was simply abusive. The men listened and took responsibility for their behavior. I don’t know exactly what happened, but within three days men were asking for forgiveness and women were forgiving. Men and women were sharing ideas and opinions and standing shoulder to shoulder, instead of having the woman standing behind the man and standing there passively while he did all the talking (I may get in trouble for observing this, but during the Republican Convention I was taken aback when a couple came out to state their support for Mr. Trump, and the woman stood quietly behind the man as he did all of the talking for both of them – we share a lot more culture than we are aware of). One woman commented “We have never seen sadness in a man around violence. Now we know that men feel, too.”

At the end of the trainings, we held a big community gathering, full of traditional dancing and singing. Over two hundred community members witnessed the farmer participants stand up and tell what they had learned about gender violence in their lives. They saw men turn to women in a very public place and ask for forgiveness. They saw the women forgive. It was powerful modeling for the community, and many people in the crowd shouted encouragement to the participants, as if some deep pressure was being released. The men and women all vowed to take what they had learned back to their communities around the mountains, and COOPAC promised to create a Gender Committee to continue the work and give it formal approval. We also said that we would take the work to other coops around Rwanda, and that some of the men and women could come and share their experiences with other farm communities, reinforcing my belief that cooperatives can be a powerful vehicle for social development as well as economic.

Some members of the coffee industry shake their heads at this stuff, wondering why we bother to do this when all we have to do is buy coffee at a good price and be done with it. But as you know, we believe that the quality of the coffee is a reflection of the quality of life of our farmer partners, and the health and strength of their community is integral to our success. I live for this kind of work.

And by the way, the coffee from COOPAC received the top honors at the East African Specialty Coffee Competition. From the ashes of the genocide, these communities have come back to grow a great coffee and create a strong economic and social base for the resurgence of their lives. We are proud and humbled to be a part of this. We will be offering this great cup soon.