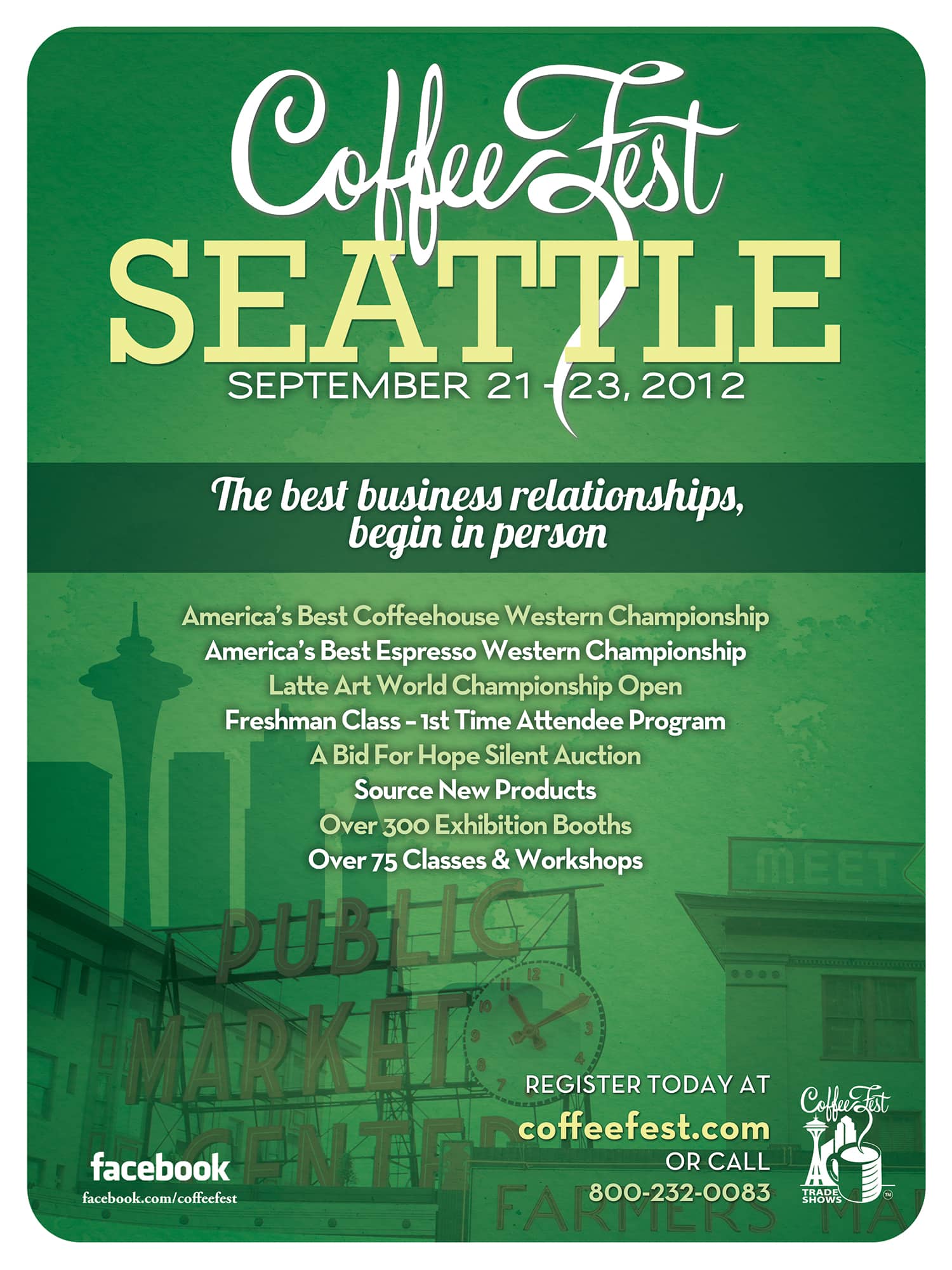 Attendees from all over the U.S. and the world came to the Washington State Convention Center to partake in the educational offerings, the networking events, the Latte Art World Championship Open competition and sampled from over 250 exhibition booths. Once totaled, actual attendance was just over 4,300.

The Coffee Fest Product Showcase has received an online facelift and attendees now determine the Best New Product winners. Voting occurred online at www.coffeefest.com and the results were announced on Friday afternoon with awards presented to these manufacturers:

The NEW America’s Best Espresso Competition presented for coffee roasters is also a head-to-head, bracket style competition in which coffee roasters from the western region of the U.S. and Canada showcased their espresso. A panel of chefs and restaurateur judges evaluated one shot from each competitor based on the virtues of 1) Flavor Complexity, 2) Mouthfeel & Appeal, and 3) Aftertaste. Once the 192 shots were extracted, consumed, and evaluated the winners were:

Finally, the NEW DaVinci Gourmet, America’s Best Coffeehouse Competition culminated at Coffee Fest Seattle. After undergoing a 60 day process of elimination by secret shopper evaluation and public vote, eight semifinalist coffeehouses from the western U.S. were chosen to compete in an on-site pop-up coffeehouse. Each coffeehouse brought a team of three to perform for thirty carefully selected and prepared judges. The emerging victors were:

All three professional competitions will continue at every Coffee Fest starting in New York March 8-10, 2013. New York will serve as the U.S. and Canada Eastern Regional Championship. Coffee Fest’s Latte Art World Championship Open will remain open to competitors both domestically and internationally. To apply for any of our upcoming competitions or for more details, visit the www.coffeefest.com.

Coffee Fest is a trade show catering to the specialty coffee and gourmet tea industries. For more about their shows or on the winners of the competitions present and future, visit www.coffeefest.com or become a fan at www.facebook.com/coffeefest. Coffee Fest’s next show is slated for New York, NY March 8 – 10, 2013 at the Jacob Javits Center. In June, Coffee Fest returns to Chicago, June 7-9, 2013.