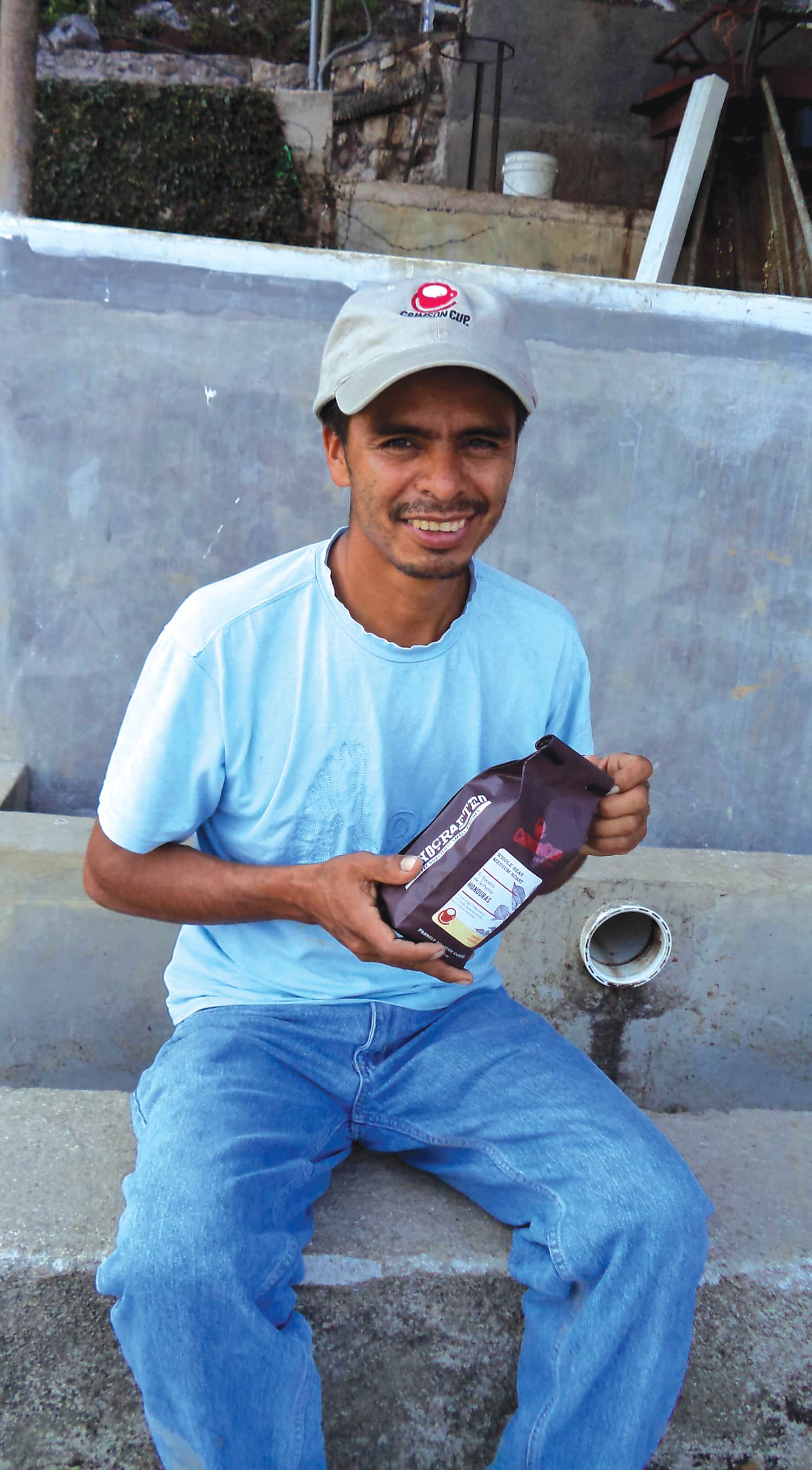 Aside from sourcing awesome coffee, one of the thrills of direct trade is connecting with the farmers who grow the crop. At Crimson Cup, we’ve been fortunate to build a relationship with David Lopez, one of the driving forces behind the transformation underway in the remote Honduran village of El Socorro de la Penita. Working with David and other local farmers since 2011, we’re seeing significant impact in the community school and improvement in the quality of coffee.

Growing up in the village, David attended its one-room Jose Cecilio del Valle elementary school through the sixth grade. Formal education ends there for 95 percent of the community’s children. David however, was determined to keep learning. He left to attend junior high and then high school in larger communities.

After graduating high school, David took a job at one of the area’s larger coffee mills. There, he received a grounding in the coffee trade. Among other lessons, he learned the importance of quality in determining coffee price. He witnessed the power of coops in negotiating prices. And he experienced the enhanced quality of life that came about as a result.

A deep commitment to his heritage drew David home in 1999. Upon his return, his father gave him 18 acres of land that were being used for cattle pasture. He began the process of creating a coffee farm, planting shade trees, and high-quality coffee trees. He did not see a yield until 2003, when he harvested six bags of coffee. Ten years later, he owns 40 acres, with 15 dedicated to coffee. Through David’s focus on proper cultivation, yields have grown steadily so that, this year he harvested 11 tons of coffee. He projects a 13-ton crop in 2014.

As in many small communities, the 21 coffee farmers in El Socorro had been at the mercy of coffee coyotes when selling their crop. They earned barely enough to cover the costs of cultivation. David decided to change that. He helped organize his neighbors into Coop Cultivadores del Reino, allowing them to negotiate higher prices by selling as a group. He also built a wet mill to process their coffee locally, improving its quality and consistency.

David’s hard work came to our attention in 2011. Since then, we’ve developed a direct trade relationship with David and other coop members designed around four pillars of impact – price, quality, production, and education.

Cash is the fuel of community growth, and the amount of cash circulating in the community depends directly on the price of the coffee crop. Crimson Cup has committed to purchase a large amount of El Socorro coffee at a premium over market price.

We’re in the business of supplying the best coffee available and the farmers understand that price depends on quality. The security of knowing that they will be paid for high-quality coffee gives them an incentive for using better processing methods and investing in sustainable cultivation techniques.

Having a committed buyer also strengthens the coop and motivates the farmers to maintain consistent production. They are willing to reinvest profits in equipment, nurseries, and rust-fighting protocols to keep production where it needs to be. Moreover, they are looking at putting more land into coffee production instead of moving to other crops.

The demand for quality has inspired a renewed focus on education. With David setting the example, community members’ eyes have been opened to what education can achieve. To support educational improvements, Crimson Cup has donated new textbooks, computer desks, and other improvements to the school. We’re getting ready to launch a crowd-funding initiative through Indiegogo to raise funds for an English-speaking teacher for the school.

In 2013, we sponsored a service learning trip to the village by five students from The Ohio State University College of Food, Agricultural, and Environmental Sciences. Working with David, other community leaders and Stephan Erkelens of Axiom Coffee Ventures, we helped the students craft a thriving coffee enterprise. We will be working with Ohio State students, David and other local leaders to implement the plan.

Of course, the students learned as much from the farmers as the farmers did from them. That is the beauty of direct trade – it is a continuing cycle of mutually beneficial relationships.