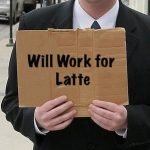 “A boy’s best friend is his mother,” is a proverb as old as the hills. It endures in the language because it holds truth within. It can be both sappy, and as used by Alfred Hitchcock (Psycho, 1956) it can be sardonic. It is a song lyric (JP Kelly, 1883) and it is an axiom of truth to which most men attest. When it’s a fellow against the world, it is a rare man that has to wonder on whose side Mom is, and I was no exception.

Sustainability, a traditional business axiom meaning the ability to endure from year to year has in recent decades taken on a new meaning, that of advancing economic development, environmental health and social equality. Specialty coffee was one of the first to embrace sustainable ideals, and bring them to the awareness of consumers. They became marketing tools and they became part of our mantra of quality. They were a perfect blend with good coffee in good times.

Though hardly Dickensian, these are decidedly not good times. The economy is suffering, and the discretionary budgets of many of our wholesale and consumer customers is pinched. Far from the deflated value levels of the Great Depression (green Brazils sold at 8¢ LB in 1931) when a sawbuck ($5 bill) was greater than a day’s pay, and a cuppa was a nickel. The fact that the hourly wage may now be more than twice the daily wage of that previous generation, a pound of specialty green Brazils $2.55 and the average American cup now getting close to $1.40 only tells a piece of the story. A specialty coffee beverage can now top $5.00 depending on size and ingredients. Wholesale buyers, and their consumer customers are finding it tough to keep up their preference for the best when a latte a day on the way to work can set you back 800 after-tax dollars a year, and good home brewed $200 a year for a couple. A year’s ration of K-cups can up the ante to $550 for two cups a day for the same couple. Sadly, good coffee has become a luxury that many must now pass by.

The strain on the independent coffee trades is telling, and while prepared food retailing has always been a fragile high-risk business, there is hardly a couple of weeks that don’t go by now without hearing of a small roaster closing their doors. The most notable loss to the trade recently being the end of First Colony Coffee, Norfolk, VA. This early high-flyer of the 1970’s specialty trade had its roots in the James G. Gill family coffee business founded in 1902. A lack of sustainability is not felt on the roasting and retailing business platforms alone. Not long ago I was present at the silver anniversary celebration dinner held by Paragon Coffee. I was told that evening that with the exception of the venerable J.W. Phyfe & Co., there is hardly a green coffee importer/broker in the New York area that is thirty years old. Sustainability is a fragile thing.

The first job of any business is to make an honest profit, because without one nothing is possible. With a profit the possibilities for doing good blossom, and grow with the imagination of the entrepreneur, and the flow of funds available. So, wherever we find ourselves in the coffee scheme of things we must be making the choices that sustain our business lives, even where those choices represent compromises that a decade ago we would have not considered. We must hitch our belts just a bit tighter, put our heads down and make progress as we may in tough times, with limited, and costly financing, and trimmer staff, against competition that is no less hungry to survive than we. 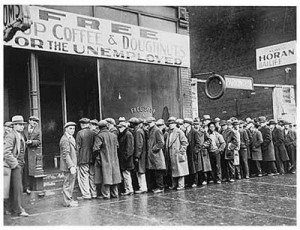 Where profitable operations are not possible the future will belong to those operators who do not lose heart, and who understand that they may be forced to work their way through to the other end of this trough without making money so that they will be in business, and in a position to prosper in the economic light that will be found at the end of this tunnel. 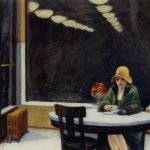 If you take a little time to brainstorm the idea of saving, you will be surprised at how creative you can be. To get you started, here are a few ideas to prime the creative juices on the subject of lowering cots; watch your cost of supplies and material, talk to your crew in an effort to moderate costs associated with labor, re-think your insurance coverage perhaps with an eye toward carrying more risk by increasing deductibles, look at your insured inventory and accounts receivables values (particularly if sales are off or you revalued inventory during the cost spike earlier in 2011). Re-price your telephone service moving to a less costly web-based system. Change the heating thermostat settings to conserve energy costs. Ask your wholesale customers if they will accept e-invoices, and statements saving paper and postage costs.

I remember once, when times were particularly tough, complaining to my Mom. She smiled and asked rhetorically if our little business, born as a result of the Financial Panic of 1837, hadn’t survived the Mexican, Civil, Spanish American, two World Wars Korea and Vietnam, countless recessions and at least one Great Depression, Brazilian frosts and droughts, Central American revolutions and Indonesian earthquakes. She paused, and then said, “We will survive this too, you’ll see.” Mom was right and in her absence, I pass on her sage advice to you for the New Year.

We will survive this too. You’ll see.