This year, it has not been business as usual in California. The coffee community has felt the sting of Proposition 65, a 1986 ballot referendum to protect citizens from toxins in drinking water and the environment. But recent developments have put everyone who roasts, sells, prepares, serves, distributes, or ships coffee in or through California under the state’s legal and regulatory thumb.

Proposition 65, or the Safe Drinking Water and Toxic Enforcement Act, lists 800+ substances alleged by the state’s Office of Health & Hazard Assessment (OEHHA) to cause cancer or reproductive harm. Under the law, an entity that “knowingly and intentionally” exposes any individual to these substances must give a “clear and reasonable warning.” Exemptions apply to businesses with fewer than 10 employees.

Among the “Prop 65” chemicals is acrylamide. In its complex form, or “polyacrylamide,” it is used commercially to thicken grout, treat water and put the “perma” in perma-press clothing. In 2002, however, Swedish scientists discovered that simple acrylamide resulted when foods containing certain carbohydrates and a basic protein component, asparagine, were cooked at high temperatures. Essentially an accident of chemistry, they found acrylamide arose spontaneously during the “Maillard Reaction,” what we commonly call “browning.”

As such, acrylamide can be found in a wide range of foods, including french fries, bread, cookies, breakfast cereals, beer and, to a lesser degree, coffee. The amount of acrylamide in foods varies with the chemical makeup of the initial food ingredients and cooking temperature and duration. For coffee, the greatest concentration of acrylamide molecules occurs at a roasting level too light for consumption and degrades significantly during further roasting. Only a fraction remains in the final roast, and even less remains in the cup after brewing.

The coffee industry is persistently pursuing all avenues to reduce acrylamide content. While longer roast times can eliminate acrylamide, the product becomes unfit for drinking. The use of enzymes is among the areas of exploration, but the nature of the coffee bean makes application problematic. Other products, such as fries, chips, cereals and crackers have had some success with enzymes, but limits remain beyond which off-flavors destroy palatability.

In April 2010, the Council for Education and Research on Toxics (CERT) filed a lawsuit against 15 retailers who serve brewed coffee alleging Proposition 65 requirements to warn about acrylamide. In May 2011, CERT filed another suit against 30+ roasters and retailers who manufacture or sell roast coffee in the package. Previous CERT lawsuits have ensnared potato chip makers and restaurants serving French fries. (California shoppers currently find warnings on fast-food walls about acrylamide in fries and supermarket aisles about mercury in fresh fish, among other warnings.)

The two coffee cases, hinging on the same legal grounds, target roasters and retailers for selling coffee without having warned consumers. Both suits seek court-mandated warnings or statutory fines of up to $2,500 per violation per day, although penalties in other cases have not remotely approached this level. Warnings, should they be required, might be placed on café walls, supermarket shelves or retail packaging.

Defense Solutions</h3.
Following these filings, NCA deployed measures to assist an industry under attack. Coffee Reporter articles and Government Affairs Bulletins targeted keeping the industry informed, while Joint Defense Groups assisted in coordinating legal defenses. NCA brought the parties together so they could explore joining forces in such groups to share information and strategies within the attorney -client privilege as well as split legal costs. Trade groups typically facilitate such Joint Defense Groups when their industries face legal challenges on common grounds and, like NCA, then step away from the process.

The packaged coffee case, however, presented unique challenges. Retailers who sell coffee, which is supplied to them by roasters or distributors, were also named as defendants. That meant several specialty food retailers and big-box stores, generally dropped in cases of this nature, remained in legal jeopardy. Under standard supplier contracts, these retailers secure the right to be indemnified by manufacturers and distributors if carrying their products should cause them legal harm, including attorneys’ fees.

As a result, roasters and suppliers not named as defendants received formal demands from retailers for assurances of product safety, legal compliance and indemnification of potential damages. Many of these non-defendants thereby found themselves inexplicably drawn into the legal fray. Faced with unfamiliar circumstances and consequences, many looked to NCA for assistance. NCA responded by disseminating background information, fielding numerous inquiries, and facilitating a special Joint Defense Group to address their unique needs. To make the Group viable logistically and financially for the many small business affected, NCA agreed to assume the Group’s administrative work as a member service to keep lawyer’s fees limited strictly to legal work.

At press time, further proceedings remain under legal stay pending a scheduled hearing to join the two lawsuits. Already “related,” the suits have been consolidated by the California Superior Court under the purview of a single justice. The pending motion to join the cases would make them essentially one, unified action. That outcome would enhance litigation and judicial efficiencies. More significantly, it would also prevent prejudice to defendants in one case who would lack the benefit of critical evidence and findings of law presented in the parallel case.

Following the upcoming hearing, regardless of outcome, the stay will likely be lifted. At that point, complaint modifications, evidence gathering, and other legal proceedings can move forward. NCA will continue to keep the industry informed as developments unfold. 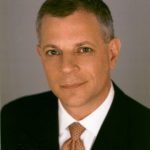