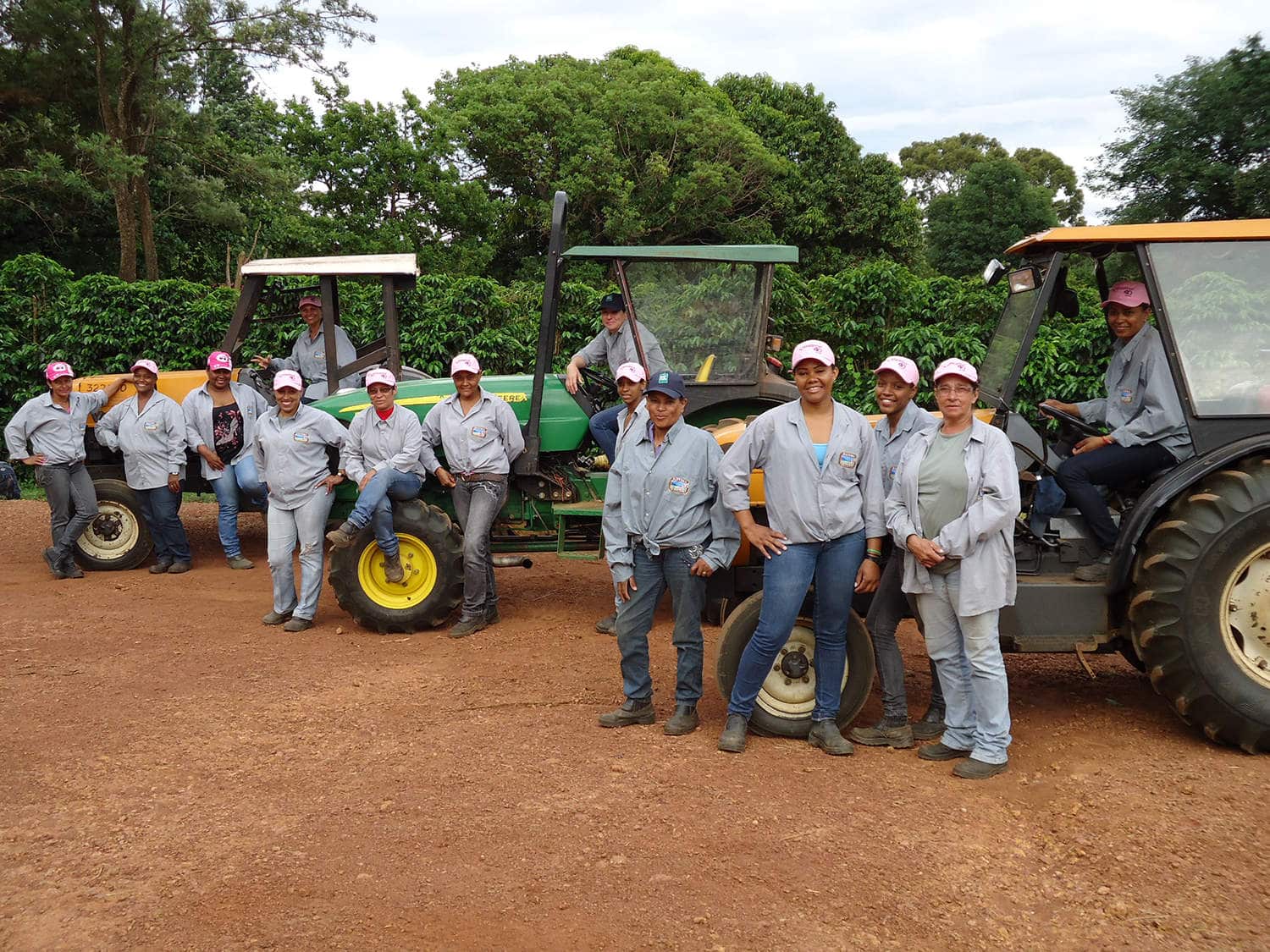 Education, health and gender equality are the core social issues faced by all nations regardless of their development status. These issues were globally addressed in the Millennium Development Goals set by the United Nations in the year 2000.

The Millennium Development Goal for gender equality is to promote gender equality and empower women. The target is “to eliminate gender disparity in primary and secondary education, preferably by 2005, and in all levels of education no later than 2015”. In 1999, primary school enrollment was 91 girls for every 100 boys and 88 girls for every 100 boys enrolled in secondary school. In 2008 the ratios were 96:100 and 95:100 for the two levels of education respectively. Despite this progress, there is still disparity between girls and boys, and the goal is still out of reach for many developing countries. The coffee industry can be a contributor to the successful achievement of this goal.

What is the gender status of our industry and how can we promote equality? Is there a parity problem when we think about the baristas, cuppers and roasters professionals? Not really, as we see women and men working and running their own businesses, equally organized and skilled.

The gap becomes evident when we look at coffee origins around the world. There is a lack of statistics regarding the number of women working in the coffee fields, their education level and their opportunity for advancement. For example, in Central and South America many farms are registered under a woman’s ownership through inheritance or for tax benefit, but the women have no control over the property. On the other hand, farms are still registered under a man’s ownership and are run by a woman as many men did not come back from the political conflicts occurred over the past decades. So, the “mothers” had to take over the business and run the farms themselves as an act of desperation and courage in order to feed their families. These women do indeed exist, as we in the coffee industry see them, talk to them, touch and consume the products they produce all the time—but still to the outside world, these women are invisible and speechless.

NGO’s have been working on the goal for quite some time now. A leader in recognizing the potential of working with women in coffee was Cafe Femenino in 2004. The success of empowering women farmers with educational tools to produce improved quality coffee led to the creation of the Cafe Femenino Foundation that now provides funds to other projects related to a better living for all women and their families working in coffee production.

The International Women Coffee Alliance (IWCA) has a similar goal. “The overall message we like to convey is the importance of women participating in training opportunities and financial transactions,” says IWCA vice president, Johana Bolt. “Both factors impact production quality and volume, as well as ensuring that a higher proportion of income is invested back into the health, nutrition and education of coffee communities.” Eight chapters were formed by IWCA in coffee-producing countries to better understand the local needs, develop leadership and implement local educational projects. Another eleven countries have shown interest in forming their own chapters.

Certification organizations have been instrumental regarding equal pay for men and women. In many places women are paid less than a man to execute the same work. Certifications like Rainforest Alliance® and Good Inside® make sure that all employees of a certified farm are decently and equally paid.

The largest Arabica producer in the world, Brazil, is one of the countries where the lack of gender equality statistics is overwhelming. The Brazilian IWCA chapter has been recently formed, and research on these statistics is planned by 2014.

Private initiatives have created outstanding examples of gender equality in coffee producing areas. Daterra Coffee farms in Brazil is one of the world’s largest specialty Arabica coffee producers which employs 553 staff, 142 of which are women working in the diverse tasks needed to run the business throughout the year. This means that around 25% of the whole staff is female, and the target is to reach at least 30%. Daterra’s most recent gender equality project was a technical course to teach women how to operate machinery used in coffee production, traditionally a male-only position. In the last ten months, thirty women took the two months course. Twenty-two are now employed at the farm in new positions. They previously worked on hand picking and this was an opportunity to learn new skills as well as increasing their paying. “They will be able to use this training for the rest of their lives, even if they decide to work in another company. Much of the machinery is used in other agricultural productions as well,” said farm general manager Leopoldo Santanna, who developed and implemented the project.

Also, another important part of the whole business is run by women. The Daterra farm is a family owned company controlled by Isabela Pascoal Becker, Luis Pascoal’s daughter, who has trusted the sales and marketing division to another woman, Andreza Mazarão.

These are just a few examples of what can be done for gender equality. There are still challenges: We need more accurate information on the statistics and we need to set goals for gender equality at the farm level, as well as to develop tools to measure its progress. Educating these women provides them with the chance to make their own choices and improve their own family future. Sharing knowledge is the ultimate “sustainable” way of doing almost everything in our lives!