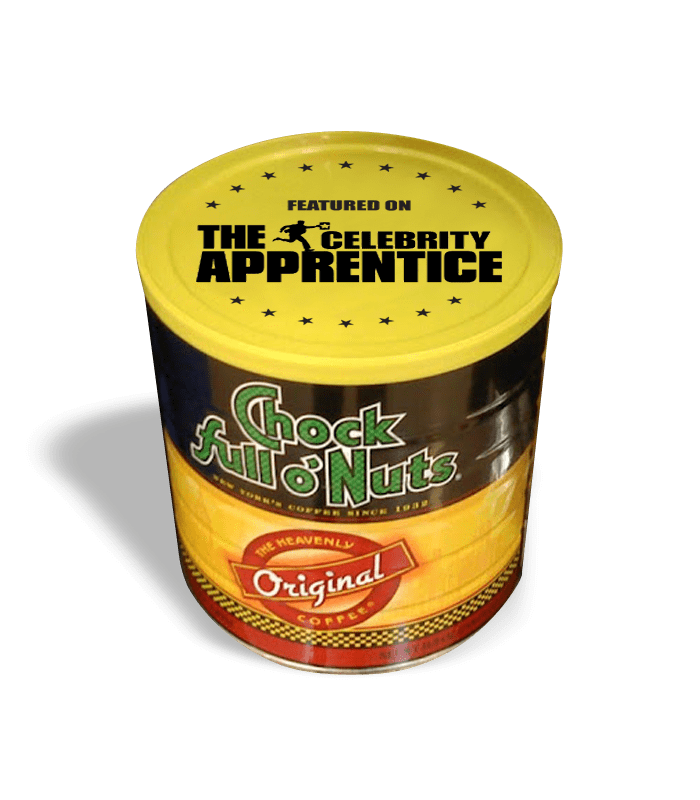 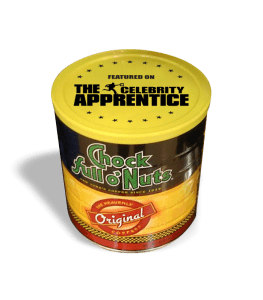 Massimo Zanetti Beverage USA (MZB), the brand’s parent company, is using the network appearance to launch an ambitious marketing campaign designed to reconnect the coffee’s historic NYC roots with current fans while introducing the brand to a new generation of coffee aficionados.

“Chock full o’Nuts was a perfect fit for this episode,” said Brian Kubicki, vice president of marketing for MZB. “What really makes it work from a business sense is the chance to showcase our single serve Filter Cup™ on a national stage while two teams of celebrities sing the praises of A Better Cup By Design™.”

According to Kubicki, MZB’s goals for The Celebrity Apprentice reach beyond basic brand exposure. “More impressive than the show’s large audience is its proven record of increasing positive brand awareness and driving sales from fans who seek out the featured products on store shelves.”

“Generating product sales for our grocery retailers is imperative along with increasing e-commerce transactions,” he explained. “But the opportunity to engage potential new consumers via online platforms is equally exciting.”

The company’s marketing staff and outside agency, O’Brien et al. Advertising, have developed an integrated plan that includes sales support collateral, consumer FSI incentives, and a social media strategy for both pre- and post-show periods to generate retail and online sales, as well as engage new consumers via online platforms.