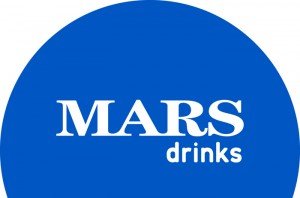 Mars Drinks is offering three of Peet’s most popular varieties, French Roast, Café Domingo and Colombia Luminosa, which are freshly-ground and packaged in Mars Drinks’ proprietary, recyclable Freshpacks to ensure taste, quality and freshness. With a shared commitment to quality and freshness, the Mars Drinks’ Peet’s Freshpacks, under calibrated conditions, meet the in-cup requirements of the Specialty Coffee Association of America’s (SCAA) gold cup standard.

“As the premier coffee brand that has set the bar for premium, specialty coffee, Peet’s perfectly complements our existing portfolio — built on taste and choice for the office,” said Xavier Unkovic, global president, Mars Drinks. “We’re proud to partner with Peet’s to create the Peet’s high-quality coffee experience for our customers, which we believe further enhances the work environment and contributes positively to office culture and enjoyment. The addition of this well-known brand to our portfolio represents another major milestone as we create great tasting moments work.”

“We’re excited to partner with Mars Drinks, and expand the Peet’s brand into more offices across North America,” said Dave Burwick, president and chief executive officer, Peet’s Coffee & Tea. “At Peet’s, we put our craft at the center of everything we do, roasting in small batches and adhering to the highest standards. Mars Drinks enables us to deliver on this commitment through their Freshpacks and brewers.”

The inclusion of Peet’s coffees in Mars Drinks’ workplace beverage solutions portfolio is the latest in a series of new drink and brewer offerings from the company, including the FLAVIA Barista brewer, which crafts perfect coffees, teas, lattes, cappuccinos and authentic espressos at the press of a button, and the addition of SEGAFREDO ZANETTI® premium Italian espresso Freshpacks. Mars Drinks single-serve solutions also include three additional FLAVIA brewers to accommodate various office needs, as well as a wide-range of drink varieties like ALTERRA® Coffee Roasters coffees, THE BRIGHT TEA CO® teas and DOVE®/GALAXY® Hot Chocolate.

ABOUT MARS, INCORPORATED
In 1911, Frank C. Mars made the first Mars candies in his Tacoma, Washington kitchen and established Mars’ first roots as a confectionery company. In the 1920s, Forrest E. Mars, Sr. joined his father in business and together they launched the MILKY WAY® bar. In 1932, Forrest, Sr. moved to the United Kingdom with a dream of building a business based on the objective of creating a “mutuality of benefits for all stakeholders” – this objective serves as the foundation of Mars, Incorporated today. Based in McLean, Virginia, Mars has net sales of more than $33 billion, six business segments including Petcare, Chocolate, Wrigley, Food, Drinks, Symbioscience, and more than 75,000 Associates worldwide that are putting its Principles into action to make a difference for people and the planet through its performance.

ABOUT PEET’S COFFEE & TEA
Peet’s Coffee & Tea, Inc. is the premier specialty coffee and tea company in the United States. The company was founded in 1966 in Berkeley, Calif. by Alfred Peet. Peet was an early tea authority who later became widely recognized as the grandfather of specialty coffee in the U.S. Today, Peet’s Coffee & Tea offers superior quality coffees and teas in multiple forms, by sourcing the best quality coffee beans and tea leaves in the world, adhering to strict high-quality and taste standards, and controlling product quality through its unique direct store delivery selling and merchandising system. Peet’s is committed to strategically growing its business through many channels while maintaining the extraordinary quality of its coffees and teas.