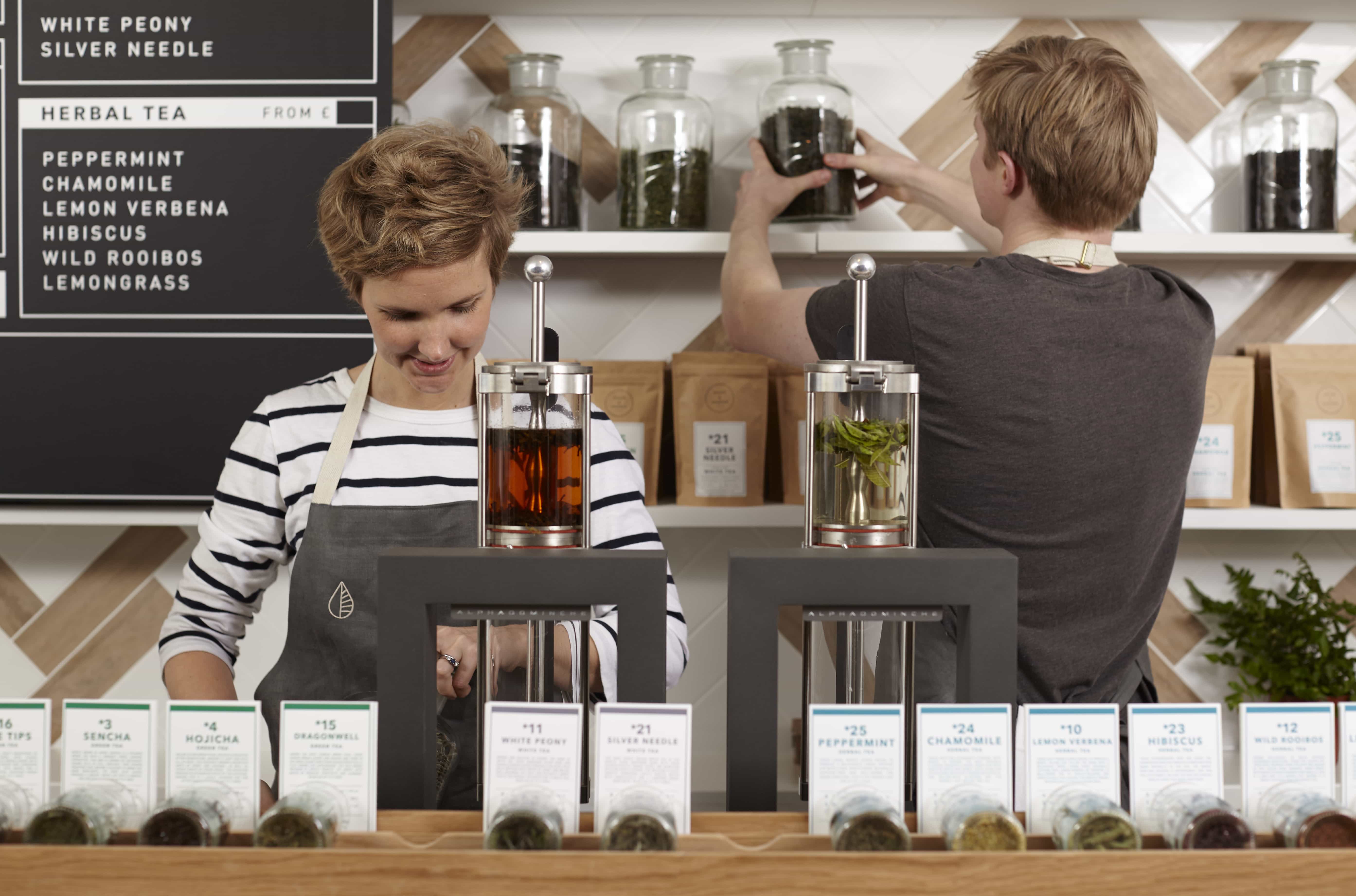 New urban teashops with a minimalistic aesthetic are popping up across the globe and they have one particular piece of equipment in common: Alpha Dominche’s iconic Steampunk. The Steampunk’s advanced technology allows brewers to craft specific recipes for a large variety of different teas, and its beautiful, sleek design compliments these modernist shops’ chic décor. The Steampunk has taken the brewing of tea in a commercial setting to a new level by delivering an unparalleled consistency and flavor to every single cup of tea.

This new surge of specialty teashops is challenging the third wave coffee movement that has long dominated the café market.

CEO of Alpha Dominche, Thomas Perez, on the new teashop trend:
“Specialty coffee has been huge for years, while the majority of tea shops are still of the old fashioned teapot variety. In the past 12 months, we’ve seen the Steampunk elevate the craftsmanship of tea to an artisanal level. Tea has so many stories and flavors and we’re proud to be at the forefront of cultivating new trends with our passionate tea partners around the world.”

The Steampunk can be found in teahouses with a cult following such as Samovar Tea Bar in San Francisco and Small Tea in Miami. European markets are quickly adopting the trend as well. Vienna’s popular Teastories café was the first European teashop to install the Steampunk in May and this tea-lovers’ paradise just announced two new openings in 2016.

Good and Proper Tea Co. opened its first location in London in December 2015 after an early beginning operating a mobile brew bar out of a converted 1974 Citroën-H van. The ambitious team just opened its second shop outfitted with the Steampunk MOD 4 this month.

Leading the way in Asia are Singapore’s rapidly expanding Clipper Tea Co. and Lewis & Carroll in Jakarta that has quickly gained Instagram fame in Indonesia and beyond.

“We’ve been doing artisanal tea now for 14 years and 2015 marks the flexion point of the third Wave of tea. The first wave of tea blossomed with meditating monks. The second wave with mass commoditization of tea bags and ethnocentric tea culture. This Third wave marks the beginning of craft, artisan tea, accessible to the masses and crafted by only the most caring and quality driven companies. Tea is now beyond wimpy tea bags and has finally reached the “cool” place that coffee has thus far dominated. Here comes tea. Finally. ”

Image is from Good and Proper, London.