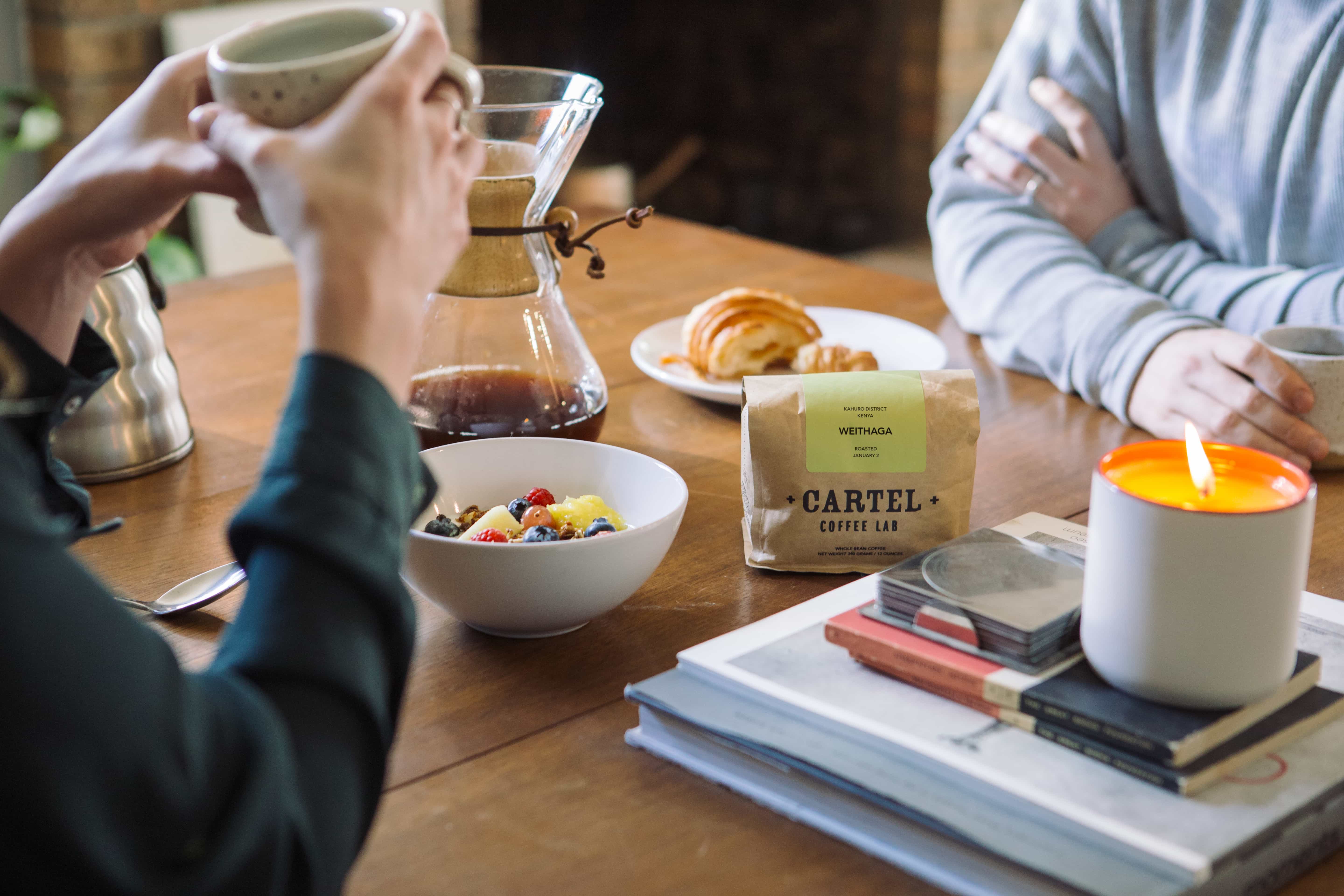 Tempe, Ariz. – When Cartel Coffee Lab first considered launching a subscription service, the award-winning, Tempe-based coffee company expected considerable buzz. But even the Cartel team was blown away with the nearly 5,000 pre-subscribers who signed on for the service within a few short weeks.

Now, the Cartel Edition subscription coffee service is set to launch at 11 a.m., March 2, giving today’s increasingly discerning coffee drinkers a chance to enjoy Cartel’s single-origin, whole bean coffee in the comfort of their own homes and offices. Available in installments every week ($22 per bag, per installment), every two weeks ($24 per bag, per installment) or every four weeks ($26 per bag, per installment) with shipping included, the carefully curated coffee beans are sourced from all over the world by Cartel’s own Director of Coffee Production, Paul Haworth. Shipments also feature industry news and tips direct from Haworth, who aims to give home-brewers the knowledge needed to make their best cup of coffee.

“When we first tossed around the idea of a subscription service, we did so because customers have been increasingly purchasing our coffee for more frequent at-home brewing,” Haworth said. “Brewing at home gives convenience and control to the customer, not to mention it it saves you the time and money of stopping into a cafe every day.”

Perks for the First 200 Edition Subscribers
The first 200 to sign on as official Cartel Edition subscribers at 11 a.m., March 2, will gain access to some special perks, in addition to a new morning pick-me-up roasted to order and shipped straight to their door within two business days. A special edition gift box bearing a custom, coffee-dyed Cartel Edition bandana, and a customized message from Haworth will accompany the 12 oz. coffee bag.

Catch the Cartel Buzz
To be among the first in the nation to experience the next wave of home-brewing, sign up for Cartel Edition here in advance of the official launch at 11 a.m., March 2. For more, visit CartelCoffeeLab.com.

About Cartel Coffee Lab
Born and brewed in the Sonoran Desert, Cartel Coffee Lab launched in 2007 in Tempe, AZ with a mission of delivering responsibly sourced, specialty coffee from across the globe while emphasizing transparency, education and craftsmanship above all else. Boasting six locations spanning the state including stores in Tempe, Scottsdale, Tucson and Phoenix (including one at Sky Harbor Airport) Cartel Coffee Lab continues to caffeinate the community with its innovative brewing processes and intriguing international coffees. For all the buzz on Cartel Coffee Lab, visit CartelCoffeeLab.com or connect socially via Facebook, Twitter (@cartelcoffeelab) or Instagram (@cartel).