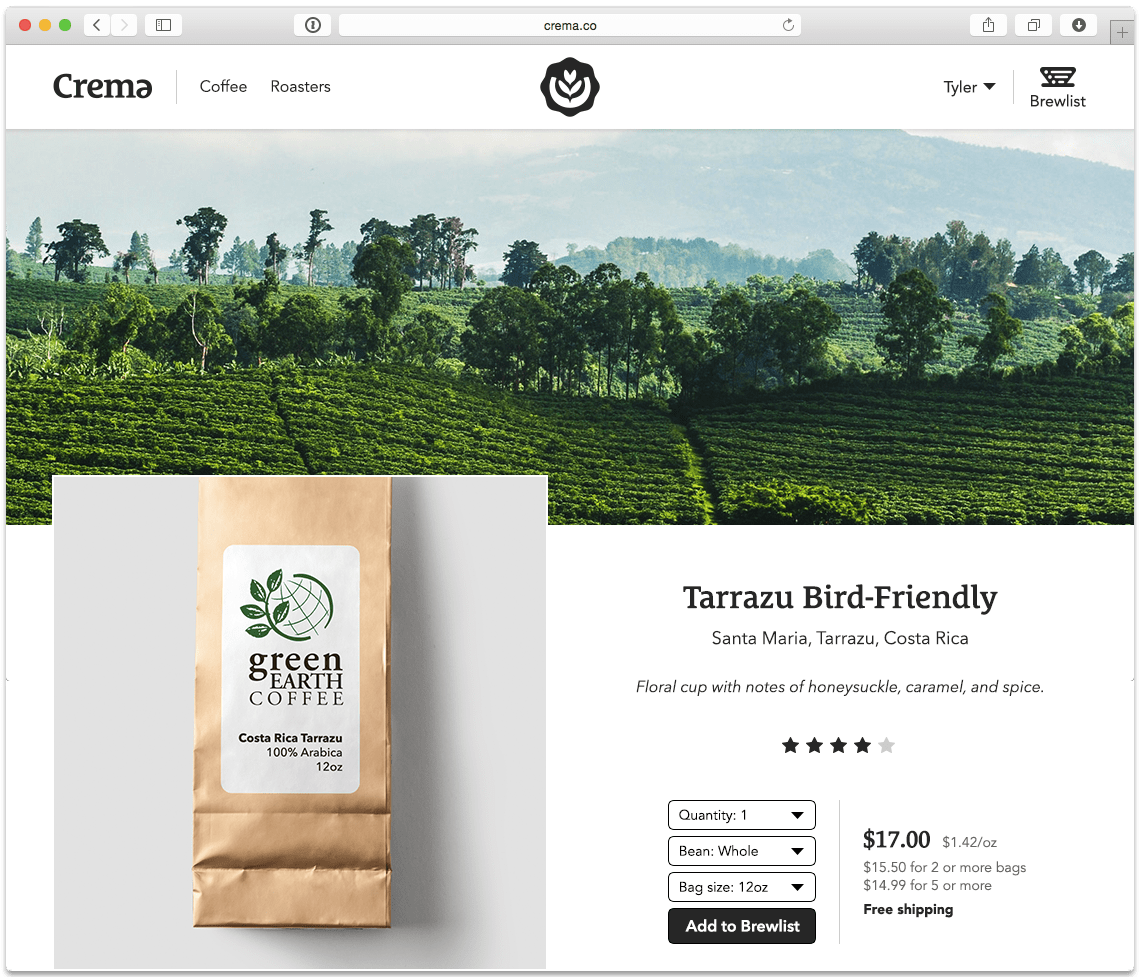 Crema.co, a new startup that’s creating “the coffee marketplace of the future”, announced a Kickstarter campaign on Saturday at CoffeeCon in New York.

Crema.co is an online marketplace for single-origin coffee. “It’s a place where coffee drinkers can go to buy freshly-roasted coffee directly from specialty roasters,” says Tyler Tate, the company’s founder, “You could think of it as an Etsy marketplace just for coffee.”

Crema.co’s trademark feature is the “Brewlist” — a coffee subscription with a twist. “The Brewlist is like a Netflix queue for coffee,” Tyler explains. “You add several coffees to your Brewlist, set a delivery frequency, and then receive the next item on your Brewlist each shipment. I think it’s the future of buying coffee online.”

The deadline for the company’s Kickstarter campaign is April 4, 2015, and the fundraising goal is $25,000. Rewards range from a Crema.co coffee mug and stickers for a $10 pledge, to a year’s worth of coffee (delivered twice a month for 12 months) for a $450 pledge.
Crema.co is currently building their marketplace platform and plans to launch this summer.

The company is based in Boulder, Colorado and was founded earlier this year.

CoffeeCon is the consumer coffee festival with a focus on consumer education. CoffeeCon was honored to announce the launch of Crema.co at it’s NYC event on March 7th. For more information about CoffeeCon contact patricia(at)coffee-con(dot)com.