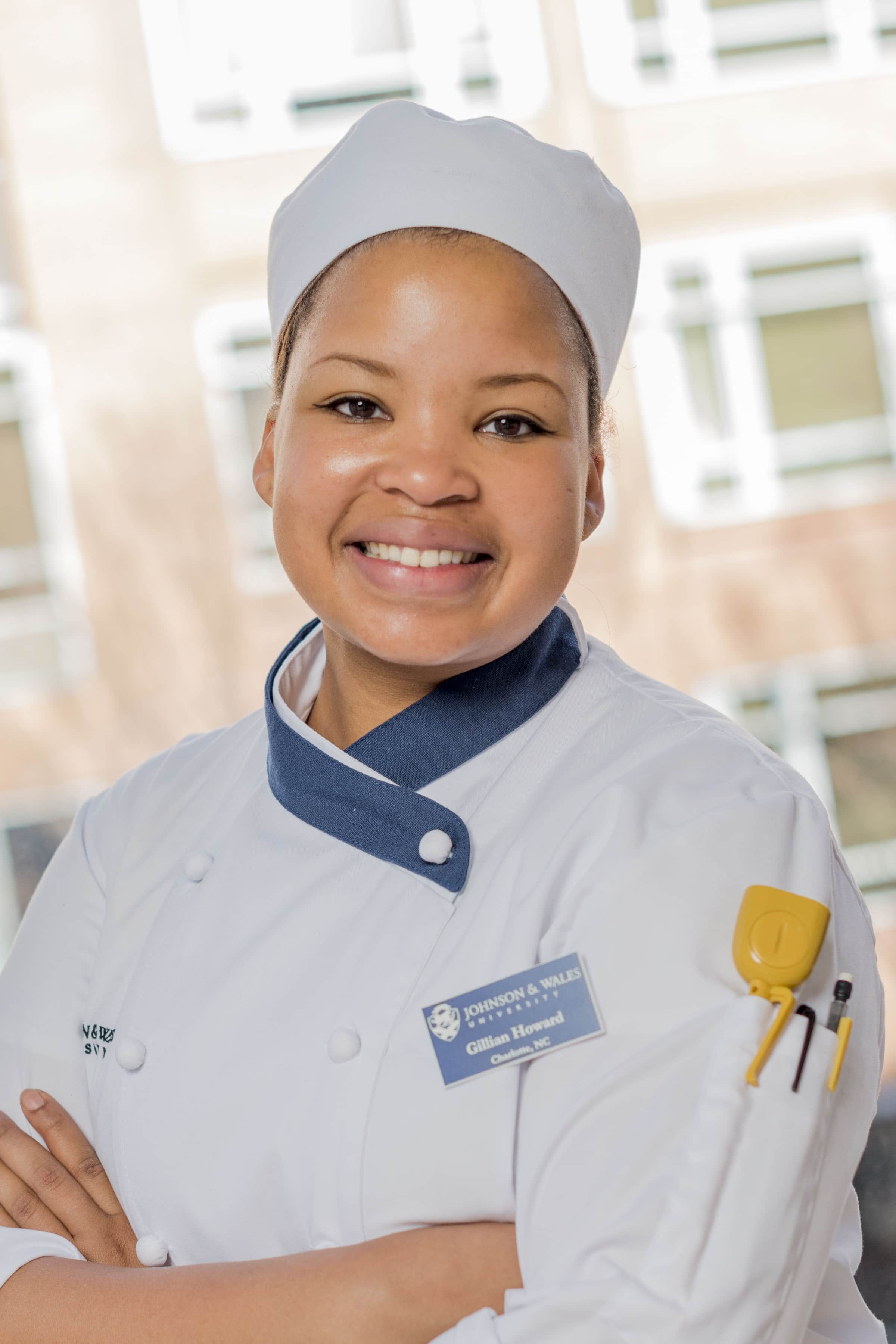 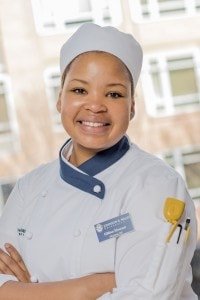 CHARLOTTE, N.C. – Concord-based S&D Coffee and Tea (S&D), the nation’s largest custom coffee roaster for the foodservice industry, is proud to announce that Johnson & Wales University (JWU) Charlotte freshman Gillian Howard took top honors in its highly competitive annual Culinary Challenge held Feb. 24 at the school’s Charlotte campus. The student chef, a native of Memphis, Tennessee, wowed a distinguished panel of judges and a packed auditorium with her hometown-inspired dish titled “A Tennessee Date Night,” coffee-infused date cake with tea and lemon ice cream, and walked away with the grand prize of $5,000.

Students were invited to submit original recipes using S&D coffee and tea extracts, with ultimately 10 submissions making it through to the final round. Local culinary celebrities Jenny Brulé, chef and food writer, and Jim Noble, founder of Jim Noble Restaurants, LLC, The King’s Kitchen and Rooster’s Wood-Fired Kitchen, served as chef mentors to the finalists preparing them for the head-to-head battle in the live cooking finale.

“During Gillian’s demo, her passion and sincerity came across loud and clear to everyone in that auditorium,” said John Buckner, vice president of marketing at S&D. “Each year we’re blown away by the talent and creativity of these young chefs and their eagerness to make a mark on the foodservice industry in Charlotte and beyond. Our culinary future looks bright and S&D is honored that, through our partnership with JWU, we do our part by investing in these rising stars.”

Howard served in the United States Air Force for seven years before enrolling at JWU this past winter semester. “I loved serving the military and serving my country, but this is my dream and it doesn’t feel like work,” said Howard before becoming overwhelmed with emotion. “Just being here today means so much to me.”

In addition to the grand prize, the following recognitions were awarded:

Finals judge chef Clark Barlowe, owner of Heirloom and JWU alum, understands the stress of culinary competitions. “As someone who competes often, I was very impressed with all the students’ stage presence and their ability to perform so well under the pressure,” said Barlowe. “What these emerging chefs did takes a lot of finesse and culinary awareness, producing ‘restaurant ready’ dishes that inspire. These students definitely have what it takes to excel in this industry.”

About S&D Coffee and Tea

S&D Coffee and Tea is the nation’s largest custom coffee roaster and supplier of iced tea to the foodservice industry. S&D is also a leading producer of liquid extracts. In continuous operation since 1927, the company serves over 100,000 customers through national distribution and direct store delivery. For more information, go to sdcoffeetea.com.