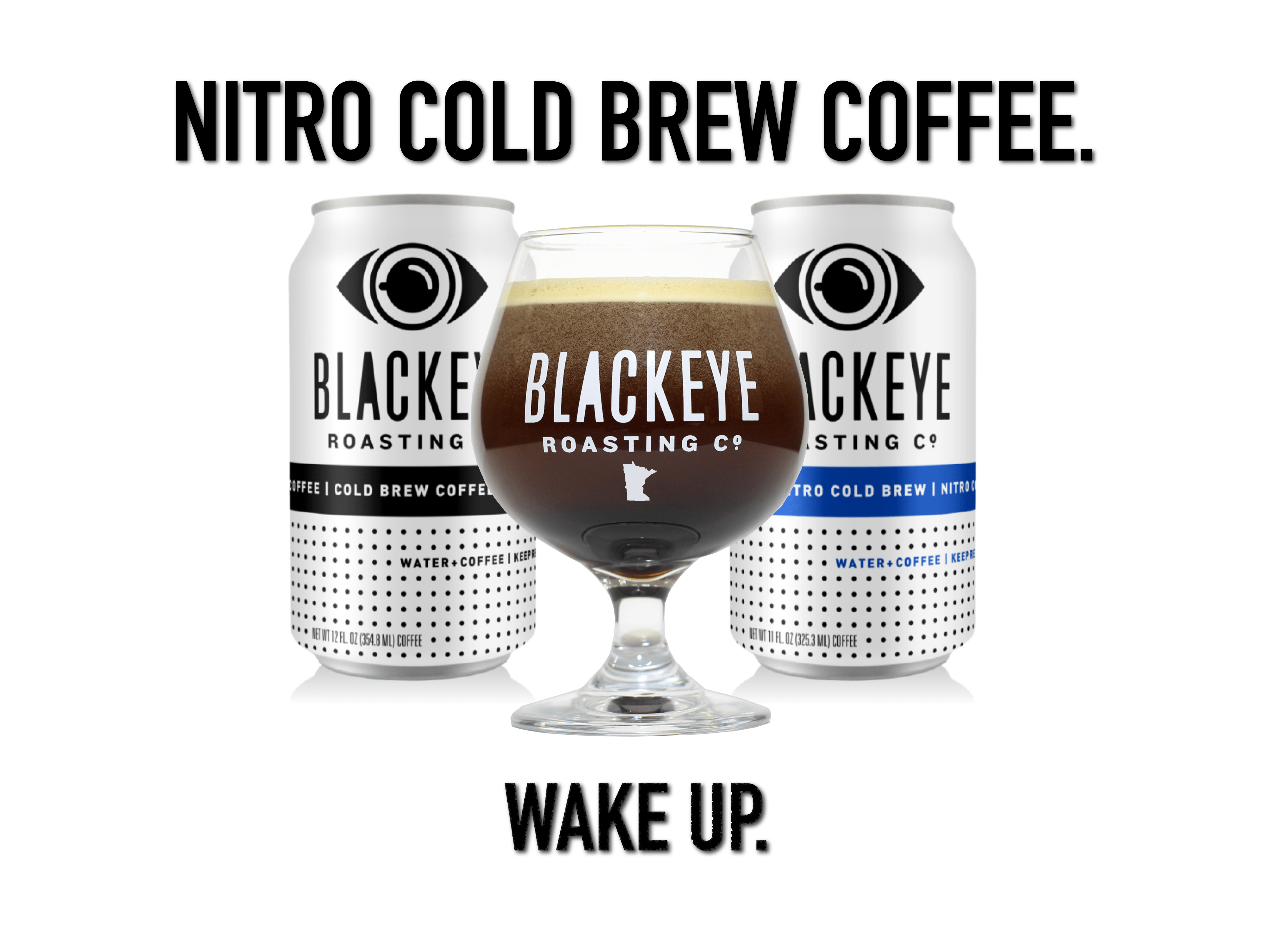 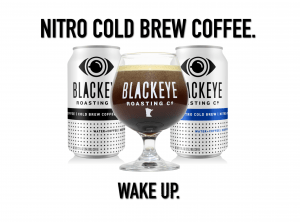 MINNEAPOLIS – Blackeye Roasting Co, St. Paul based company specializing in hand-crafted cold brew coffee, is debuting its new 12 oz. Nitro Cold and Signature Cold Brew coffee in cans on April 1, 2016. Both cold brews are available now at select locations, but can be purchased at SuperAmerica, participating Whole Foods and other retailers across Minnesota, Iowa and Wisconsin for around three dollars.

Blackeye cold brews, known locally to coffee enthusiasts that frequent Quixotic Coffee, are low-calorie, dairy-free and sugar-free beverages. Blackeye is launching the canned products with the intention to be enjoyed anywhere. The Blackeye Signature Cold Brew has a crispy and slightly sweet taste that is traditional of cafe cold brew. The Nitro Cold Brew is made to be shaken before drinking thus creating a coffee that cascades beautifully with the look and feel of a stout (without the alcohol). Blackeye’s Nitro Cold Brew has a smoother, velvety taste than a traditional cold brew. Blackeye Roasting Co. Coffee is a deliciously drinkable, less acidic version of the daily cup of Joe – with enough caffeine to kick start your day, or a night out.

“I’ve been in the coffee industry my entire life, and prefer cold coffee to hot coffee,” said founder Matt McGinn. “Cold brew, and especially nitro cold brew is rarely accessible in grocery and convenience, so I saw an opportunity, in an emerging beverage category, to bring cold brew to the Midwest masses.”

Blackeye Roasting Co. was founded by Matt McGinn in his West Saint Paul apartment in 2014. His passion for coffee and business is quite apparent upon meeting him. Matt has been working with and in the coffee industry for 11 years and perfected his cold brew method in his studio apartment. Unlike iced coffee, which is brewed hot and poured over ice making it watery and bitter, Blackeye cold brews are created similar to tea, but with cold water, steeped for 16 hours. The company roasts coffee beans sourced directly from farmers in Brazil.

The company currently sells its cold brew on tap, and in bottles at nearly 25 bars and restaurants, and over 100 retail accounts throughout Minnesota, Wisconsin and Iowa. Blackeye Roasting Co also offers a delivery service of their growlers, cans and kegs online at blackeyeroasting.co.

Blackeye can be found on tap at local bars and retailers such as: The Happy Gnome, The Lowry, Republic (seven corners), Pizza Luce Downtown, Red Cow, Bar Luchador, Ox Cart Ale House…and in cans at SuperAmerica, participating Whole Foods, and your favorite co-op.