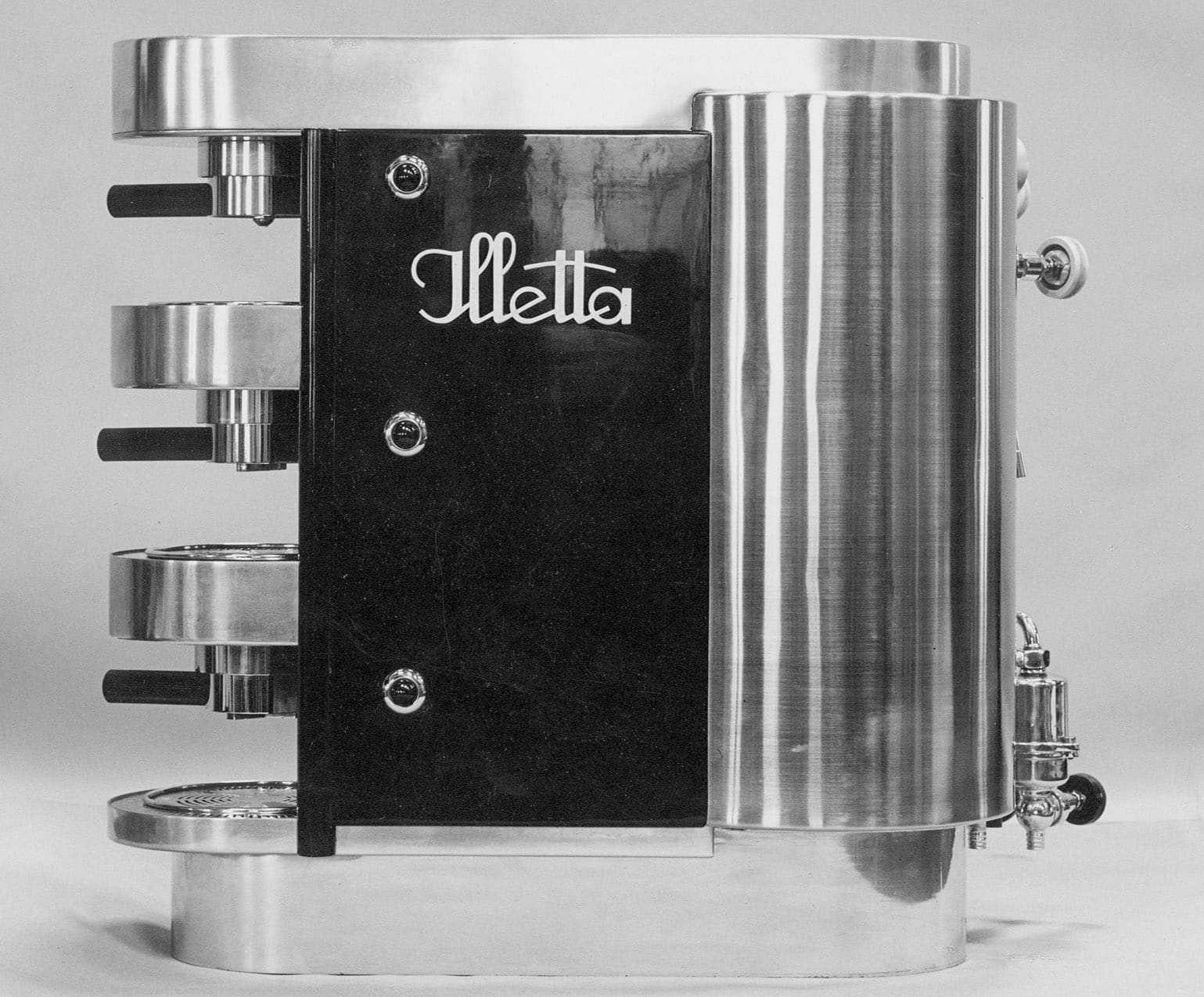 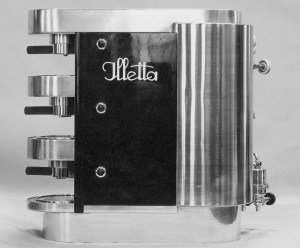 Italian coffee icons illycaffe and Cimbali Group today announced their collaboration on an exhibit tracing the history of espresso machines, created by the two companies in with the Museum of Coffee-Making Machines (MUMAC), and to be showcased at EXPO 2015 Milan, the long-anticipated World’s Fair opening on May 1. The announcement was made today in Seattle at the Specialty Coffee Association of America (SCAA) tradeshow, one of the largest annual meetings of coffee companies and experts in the US. The espresso machine exhibit will be part of The Coffee Cluster, one of nine themed pavilions at EXPO 2015 celebrating foods with global impact.

To preview the exhibit, Cimbali Group transported a 1952 Faema Marte machine from Italy to the Washington State Convention Center, home of the annual SCAA event. The Faema Marte was named after the planet Mars, with a design inspired by the elegant grill of a 1950’s Buick. That legendary machine will sit alongside a new limited edition Faema E61, created to celebrate Faema’s 70th anniversary, and a M100 Cimbali, a model representing the latest in espresso machine innovation.

The historic espresso machines to be displayed at EXPO will be just one feature of the Coffee Cluster, a 43,000 sq. foot pavilion that will tell the story of the past, present and future of coffee from bean to cup. The machine exhibit will feature eight important vintage models from Faema, Cimbali and other Italian espresso-making pioneers, showcasing milestone innovations over the past 100 years. Illycaffe will showcase its illetta, the world’s first automatic espresso coffee machine, invented by company founder Francesco Illy in 1935. The Illetta was the precursor of today’s modern espresso machines, and the first to separate pressure and heating elements to produce espresso that was consistently round, rich and balanced, not bitter or burnt-tasting.

Since the first EXPO in London in 1851, World Expos – otherwise known as World’s Fairs – have been regarded as the Olympic Games of economics, science, technology and cross-culture dialogue, providing a global stage for countries large, small and in-between to publicize and display their crowning achievements and innovations — and to share ideas.

The Coffee Cluster, supporting the main theme of EXPO 2015: Feeding the Planet Energy for Life, is being curated by illycaffe in collaboration with the International Coffee Organization (ICO). It will provide an important perspective on coffee’s global role in leading dialogue and creating best practices for food’s impact on culture, health and sustainability. In addition, it will also serve as a home and community for ten coffee-producing nations, including Burundi, Dominican Republic, El Salvador, Guatemala and Ethiopia. EXPO 2015 will also host the world’s first International Coffee Day on October 1, and the ICO’s first Global Coffee Forum on October 1-2.

About illycaffe
Based in Trieste, Italy, illycaffe produces and markets a unique blend of coffee under a single brand. Illy buys green Arabica coffee of the highest quality directly from the growers through partnerships based on the mutual creation of value. Illy considers respect for the environment and people that nurture coffee a fundamental part of doing business — in evidence every day for 20 years across Central America, South America, India and Africa. It is expressed through Universita del Caffe (“University of Coffee”), which provides hands-on instruction at no cost to coffee growers who meet its quality standards. And it is recognized by independent arbiters like DNV (Det Norske Veritas), which in 2011 conferred its first-ever global Responsible Supply Chain Process Certification to illy in recognition of sustainability in every aspect of its coffee sourcing, particularly the ethical, long-term direct relationships with coffee growers. More than six million cups of illy coffee are enjoyed every day in more than 140 countries.