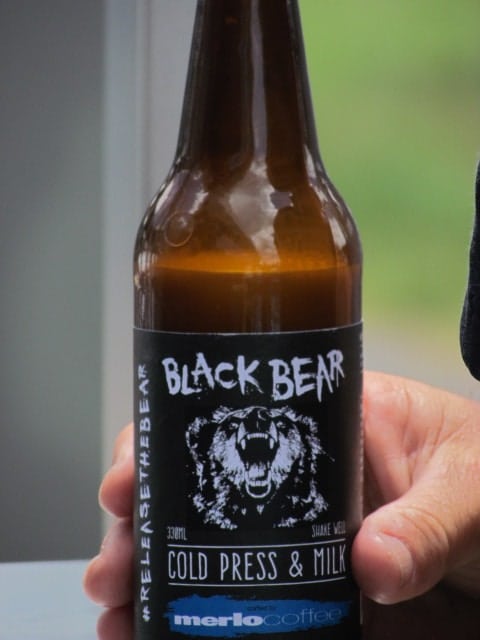 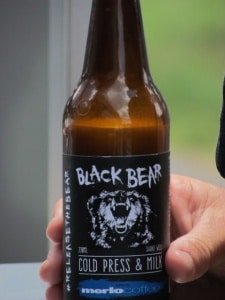 Brisbane, there’s a Black Bear in there …
With a coffee kick to share…

From the coffee house responsible for introducing Queensland to its first espresso machine in the 1950s, and then changing the city’s sidewalk dining laws in 1993 to permit outdoor café seating, comes Black Bear Cold Press, cold coffee for the real coffee drinker.

Carefully crafted from the famous Merlo roasted coffee beans, Black Bear Cold Press will be available in all Merlo’s owned cafés and participating Merlo-loving cafés from Wednesday March 25 for $5.50 per bottle.

“In Italy during Summer coffee lovers quench their thirst with the Shakerato, a sweetened iced espresso shot. The thing is, the Italian Summer is relatively short. Travel halfway around the world here to Queensland and our climate calls for a quality, cold coffee option all year ‘round,” he said.

“As a coffee purist however, I wanted to ensure the cold press coffee was made on our beans, and was a product that delivered on the Merlo flavour and quality promise.

“Black Bear Cold Press is the result of much planning and testing and tasting – our roasters have been developing the flavour profile for close to six months. It’s smoother, sweeter and less acidic than simply cooled espresso, with no bitterness. It’s cold coffee for the coffee aficionado.”

Coffee is in the Merlo family DNA. Grandfather Luigi Merlo operated a trattoria next to a bocce court in his home town of Tirano in Italy. His son Gino was a budding adventurer and when he migrated to Australia in the 1950s, he bought with him Queensland’s first Italian espresso machine – in doing so he started Queensland’s coffee revolution.

Gino opened the famous Milano’s in Queen Street. Long before the idea of ‘celebrity chefs’ or the concept of taking a photo of a dish before eating it, Milano’s was simply Brisbane’s most famed restaurant. Gino, with Dean working the floor between university classes, served everyone, from Pope John Paul II to the Queen.

In 1991, Dean decided to open his own cafe “at the wrong end of Queen Street” and the rest is history. He changed the way Brisbane dined – after a phone call to the then Brisbane City Councillor David Hinchliffe in 1993, Brisbane’s sidewalks were opened up, and people could sit and sip there coffee and watch the world go by. Finally!

Today Merlo Coffee can be found in over 1000 selected cafes and restaurants across Australia, as well as in 10 BarMerlos (espresso bars) and Torrefaziones (Italian for Roasting House) cafés.
www.merlo.com.au/blackbear