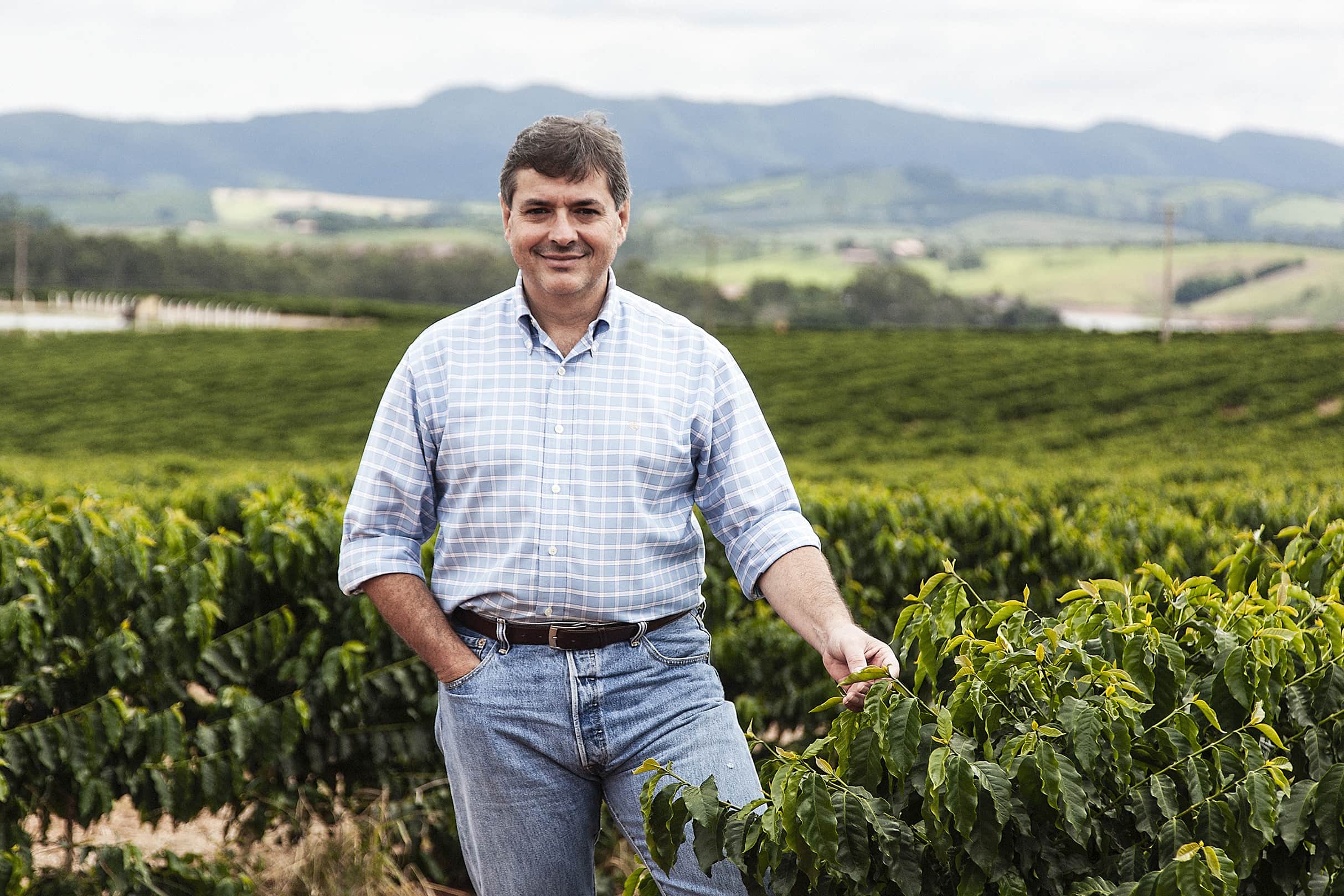 Based on three years of sophisticated matrix tests focused on micro-lots production, Ipanema Coffees presents at the Global Specialty Coffee Expo the Ipanema Premier Cru, a new concept in coffee production and micro-lot diversity, featuring a unique origin coffee, combined with a state-of-the-art method and artisan care. This initiative goes beyond Ipanema’s farms, and its goal is to take the specialty coffee segment to a new quality level.

At booth #2613, Ipanema Coffees will present also new processes, investments and news for the 2017-2018 harvest.

São Paulo, April 20th, 2017 – Ipanema Coffees, pioneer in specialty coffee exports in Brazil, will present at the Global Specialty Coffee Expo the Ipanema Premier Cru, a new concept in coffee production and micro-lot diversity, featuring a unique origin coffee, combined with a state-of-the-art method and artisan care. This initiative goes beyond Ipanema’s farms, and its goal is to take the specialty coffee segment to a new quality level. New processes, investments and news for the 2017-2018 harvest which starts in April are also among the main Ipanema attractions for the global market (booth #2613).

Organized by the Specialty Coffee Association (SCA), the Global Specialty Coffee Expo takes place on April 20-23, 2017 in Seattle, at the Washington State Convention Center. “For Ipanema, this is the moment to show excellence in its production process, the quality of its beans at each step, from cultivation to delivery, and the positive expectation that surrounds the new crop that starts in April. Investments, dedication and excellent climate conditions promise a high-quality crop that shall surpass 135,000 bags”, says Washington Rodrigues, Ipanema Coffees CEO, a coffee lover who is also driven by an obstinate pursuit of perfection. Company videos and photos will show the best of Ipanema three farms, located in the municipalities of Alfenas and Conceição do Rio Verde, in the south of Minas Gerais state, totalizing 14 million trees.

At Ipanema´s booth, located at the central part of the exhibition, customers from Australia, Russia, Japan, South Korea, United States, England, Germany, Italy, Switzerland and New Zealand, among others, will be presented to Ipanema Premier Cru, a new concept in coffee production. “It is a new concept based on three years of sophisticated matrix tests focused in micro-lots production”, says Washington Rodrigues.

With an accuracy linked to scientific methodologies, Ipanema Coffees has been doing complex matrix tests since 2014, which determine countless variables that can guarantee the production of the best specialty coffees and a constant quality of the beans. Just in 2016, test platforms comprised 90 glebes, 210 coffee tons and more than 200 employees.

“We adopt countless test matrices which starts with the selection of glebes, chosen among other factors for their altitude, since the highest, the best. Variety is also important. Bourbon’s distinguishing mark, for instance, is to offer a high-quality, fine cup of coffee. Besides, the notes background of each glebe is taken into consideration”, says Washington Rodrigues. Different combinations of harvest type, coffee preparation, patios and dryers used in each test are pre-defined and tested more than once. In addition to Ipanema’s qualified team, composed of mechanical and production engineers, and quality control professionals, the job counts on a consulting group of professors from Unicamp (University of Campinas) and Universidade Federal de Lavras (UFLA-Federal University of Lavras).

“Based on a sole structural thinking of tests, we look for a differentiated model of production. Innovative ways of harvesting, drying and milling. Rates like 92 points, that we achieved recently with the Special Reserve Blend, for instance, reflect a consistency in our fieldwork, the mission of overcoming aleatory factors and always achieving the highest rates”, says Rodrigues.

“The SCA Expo will be our first contact with current and potential customers for the 2017-2018 harvest, therefore there is a lot to be presented”, highlights Rodrigues. On the farms located in Brazil, this is also the moment to be meeting with international visitors who will come to do business or only to participate in the Ipanema Academy – Ipanema educational program that allows customers to have a hands-on harvest experience and understand quality key points. More than 200 people from several countries use to visit Ipanema at harvest season between end of April and August. Several groups have already been scheduled to participate.

High-quality specialty coffees
For Ipanema Coffees, the production of high-quality specialty coffees is a daily practice closer to scientific methodologies than to aleatory factors that usually interfere in farming. On the three farms located in the south of Minas Gerais state, a team composed of 700 employees follows strict methodologies that put together the best of the land and advanced technologies that ensure production constancy in order to always deliver the best product to their customers. Just to mention 2016, test platforms engaged 90 glebes, 210 tons of coffee, and more than 200 employees. Sophisticated matrices are defined, implemented and continuously repeated with the aim of achieving harvest and preparation differentiated models, ensuring specialty coffee continuous quality for millions of consumers who appreciate Ipanema flavor in the 25 countries to which the company products are exported.

In practice, the goal is to increasingly approximate farming to a scientific process, since a test methodology has never been implemented in Brazil, such as the one adopted by Ipanema. This effort is not limited to Ipanema’s development in the market. “The goal is to be able to help producers in general achieve another level. This means that when we outline a quality matrix and define a new production concept, we are capable of offering consulting services to other producers, increasing learning and sales opportunities in a global market that appreciates specialty coffees more and more. This new model based on high technology can be transmitted to other producers who wish to achieve this efficiency and quality level of management in their farms”, explains Rodrigues.

How the tests are conducted
Ipanema test methodology starts before the crop, with investments in the best equipment available, after benchmarking the most advanced items in the market. In 2015, for instance, Ipanema invested R$ 300,000 (around US$ 100,000) in coffee depulpers and an imported dryer only for the tests. In 2016, new investments were made in several drying patio models.

The tests were conducted during three harvests along the years of 2014, 2015 and 2016, and will be continued in 2017. The project takes into consideration the Terroir concept, which includes the connection of people with the land, that is, the planting location summed up to the processes used. The genotype association – the best varieties – to the phenotype is prioritized – the environment that involves preparation, harvest methods, improvement, etc. The tests validate the best genotype/phenotype association. In the long run, repetitions make it possible to determine all the controlled variables.

Types of harvest
The matrix of tests made by Ipanema has included several harvest methodologies in several moments and degrees of ripening, different techniques for the selection of beans on the trees, and manual selection after the harvest, models used in Colombia and Kenya.

Patios
After the harvest, in the shortest time interval possible, the coffee is transported to the wet milling or directly to the patios in case of manual preparation. At this stage, the test matrices also consider the best alternatives, always within the most advanced ones. Ipanema tested African beds, covered patios and open air patios with several types of surface.

Wet milling
At the wet milling, the coffee is taken to an equipment that separates floating, green beans, and cherries, only peeling the cherry that is at the ideal ripening stage. For this step, Ipanema invested in imported modern depulpers that have the lowest water consumption and the most efficient separation, a factor that also leads to the production of a superior quality coffee.

Distinct types of fermentation, modern dryers (horizontal or vertical) and all the post-improvement process – which includes removal of impurities, separation by means of sieves of varied sizes and color – complete the sequence of tests performed by Ipanema team until the final moment of the process, the cupping room.

“Specialists who visit Ipanema are surprised at the volume, details and sophistication of the tests. The work is in fact meticulous and aims to reach the ideal matrix that can guarantee the best beans. We are used to associate this process to the image of a pearl. We work not to go after oysters that produce the best pearls, but to achieve a carefully elaborated process to always take from the soil the ´best pearl´, that is, the best coffee beans, always ensuring an exclusive delivery of a very high quality coffee to every customer,” says Washington Rodrigues.

Tests continue in 2017 to allow new arrangements and the continuous improvement, focusing the achievement of an ideal matrix with high technology-based models with the goal of launching a new concept that can lead us to the best rates in the international evaluations of physical and sensorial samples. A true revolution, in Ipanema’s point of view, that can take the quality standards of specialty coffee produced in Brazil to a new baseline.

Long-term relationships
Based on these processes grounded in innovation, which result in operational excellence and in production and trade consistency, Ipanema has developed long-term relationships with their customers. With the increase of specialty coffee consumption in the world, Ipanema has been increasing their market share with a strategy of investing in important local players in several countries. As a result, Ipanema has been increasingly winning the markets of Europe, United States, Australia, Russia, Japan and South Korea, among others. In 2016, the company surpassed the 100 thousand specialty coffee bags exported mark. For 2017, the company plans to increase this number to more than 120 thousand bags, a record.

About Ipanema Coffees
Established in 1969, Ipanema Coffees is among the most renowned specialty coffee producers in the international market, with its operations guided by innovation, long-term relationships and consistency in the production and trade of specialty coffees. With 14 million trees planted in three farms in the south of the state of Minas Gerais – Rio Verde, Conquista and Capoeirinha – Ipanema has seven labels – Reserve, Bourbon, Ouro Preto, Gourmet, Espresso, Conquista and Dulce – and countless possibilities offered by the terroirs, tailoring products, as well as packaging and traceability unique solutions for each customer.

Pioneer in Brazil in specialty coffee export, Ipanema Coffees celebrated, in 2016, 25 years of external market presence, taking the highest quality coffees to 25 countries, and summing up, at the end of this period, more than 1.9 million bags — each bag weighs 132 pounds (60 kg). Innovative techniques and equipment continuously improve their processes and products to take the best to the external market. All the stages of the production chain ensure the highest quality: ideal level of cherry ripening, harvest type, lot classification, container loading, and delivery to the end customers. Micro-lots and exclusive blends come alive from the bean quality monitoring in each drying machine, and the meticulous analysis of the appearance profile and the coffee taste. With Ipanema Institute, the company conducts, promotes and implements social and environmental programs in two main fields of action: people and the environment.
http://www.ipanemacoffees.com.br/