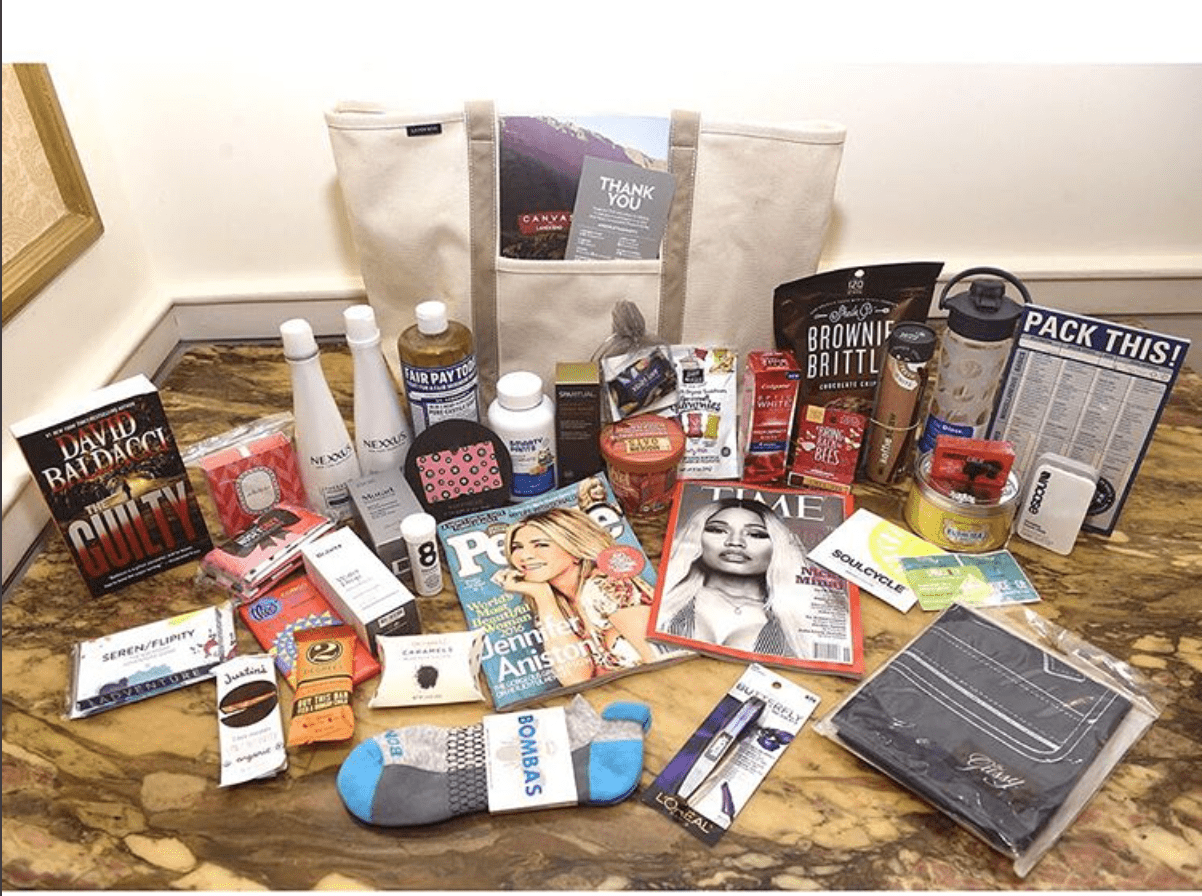 Politicos and celebrities, including Jaimie Alexander (Blindspot), Scott Foley (Scandal) and Candace Cameron Bure (Fuller House), joined the media elite at the St. Regis Hotel on Friday, April 30 for the event. McCrea’s Candies was among a host of “hot and trendy” companies that were expressly chosen by People and TIME to be a part of the upscale knapsack handed out to guests.

The People/TIME fete was the kick off to a weekend of events in the nation’s capital, culminating with the annual White House Correspondents’ Association Dinner, a yearly event that raises money for scholarships aimed at supporting aspiring journalists. Hosted by President Obama and the First Lady, the celebrity-studded dinner is one of the premier social events of the year.

“We’re thrilled that our caramel got the nod from People and TIME,” said McCrea’s co-owner Kate Michmerhuizen McCrea. “It’s an honor to be included and among such select company too. We hope that guests of the gala enjoy our award-winning caramel as much as we loved handcrafting it for them.”

In addition to this latest recognition from People and TIME, McCrea’s Candies was recently selected as a Good Foods award winner, a distinguished national award for food crafters who make food products that taste delicious and are made from responsibly sourced ingredients. The company was also named a finalist in the Martha Stewart Living American Made Awards and a Best Gift for Foodies by USA Today.

McCrea’s Candies was founded by husband-wife team Jason and Kate McCrea. Building upon backgrounds in biology and chemistry, the McCrea’s transitioned into the sweet science of candy making after double layoffs. Started in a home kitchen, McCrea’s Candies now offers a full line of mouthwatering caramels to retail outlets throughout North America.