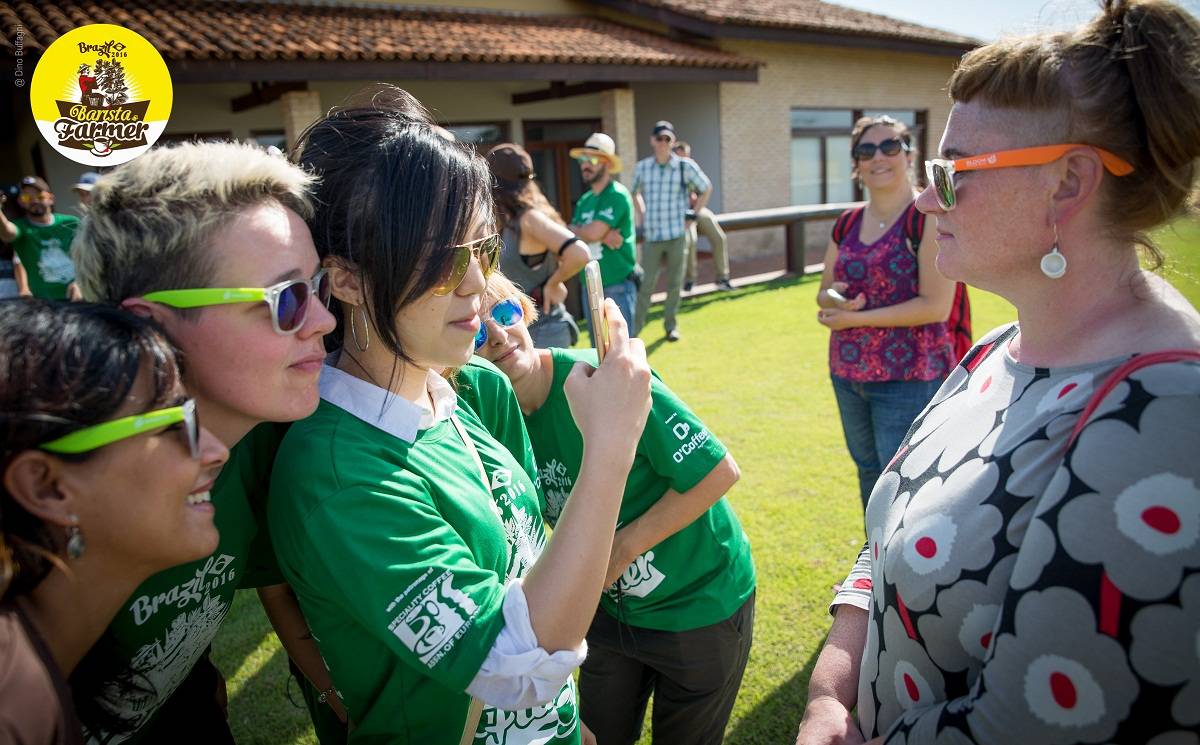 Sonja Bjork Grant, WBC head judge: “When you start to really know coffee,
there is no turning back”

Lambari, may 9 – Day six of Barista & Farmer, the talent show dedicated to the world of specialty coffee created by italian barista champion Francesco Sanapo. The ten international baristas chosen for this third edition have left the O’Coffee farm in Pedregulho and reached the Lambari area, to witness the ecosustainability project created by Lavazza. Before leaving, there was time for a last tour of the farm, to take a closer look at the many different animals who lived by it. Among the judges we find, for the first time, Sonja Bjork Grant from Iceland, head judge at the Wbc (World Barista Championship) competitions that she, for a good measure, helped create and develop. The long bus ride, ten hours, is a great chance to shed some light on the the world of barista competitions and on how they can be able to spread even more the quality coffee culture.

In the beginning as Wbc – says Grant – we simply wanted to have a better coffee but motivations, for baristas, were low. The work of a barista was considered as a job that dint’t required particular skills, just like working in a video store or in a candy shop. Competitions raised the bar. I mean, a competition is just 15 minutes, but the path to reach those 15 minutes is path of training on coffee, on people, on ourselves. All of this aspects must be considered.”

“When we started – continues the judge – the judges were judging simply based on their own personal experience and therefore the judging was not really fair, the value system of an american judge could be very different from the one of an italian and this was a great problem for the baristas. Starting in 2003, we begun to have courses and certifications for the judges and since that moment things started to get real because having professional judges means having professional baristas. We were going in the right direction, continuously raising the bar and this is what we keep on doing. Baristas, now, always try to push the limits, they don’t always succeed, but that’s the idea. Sometimes, in fact, baristas try new things that don’t really have an impact. The baristas who really make a difference are the ones who make their own experiments, and when taht happens, it’s amazing to judge them.”

“I remember, for example, in 2008, Stepehn Morrissey serving two drinks without the trail. He tried to change as many things as possibile without breaking the rules. He was the first one to try something like that. And then, of course, in 2013, a big change when Matt Pergers introduced, again, the EK43 grinder to the world. Now we have 16 barista champions and if I look back I can see where we are coming from and what we’ve done. Basically, these competitions, are the only moments when professionits can confront themselves with each other and it will help each one of them to raise their own personal bar. And when the barista will be back in his country, he will also raise the bar by spreading a message nd with a new confidence given by the competition itself.”

This is my first experience here in Barista & Farmer – concludes Sonja Bjork Grant – and I’m impressed by it. I like the project, it’s clear that baristas want to be here. It will help them when they get home, when they’ll be back at their work and they discuss with their customers what they learned or seen for the first time, like a plantation ot the picking of the cherries. This is the perfect example of how you spread the quality coffee culture.”