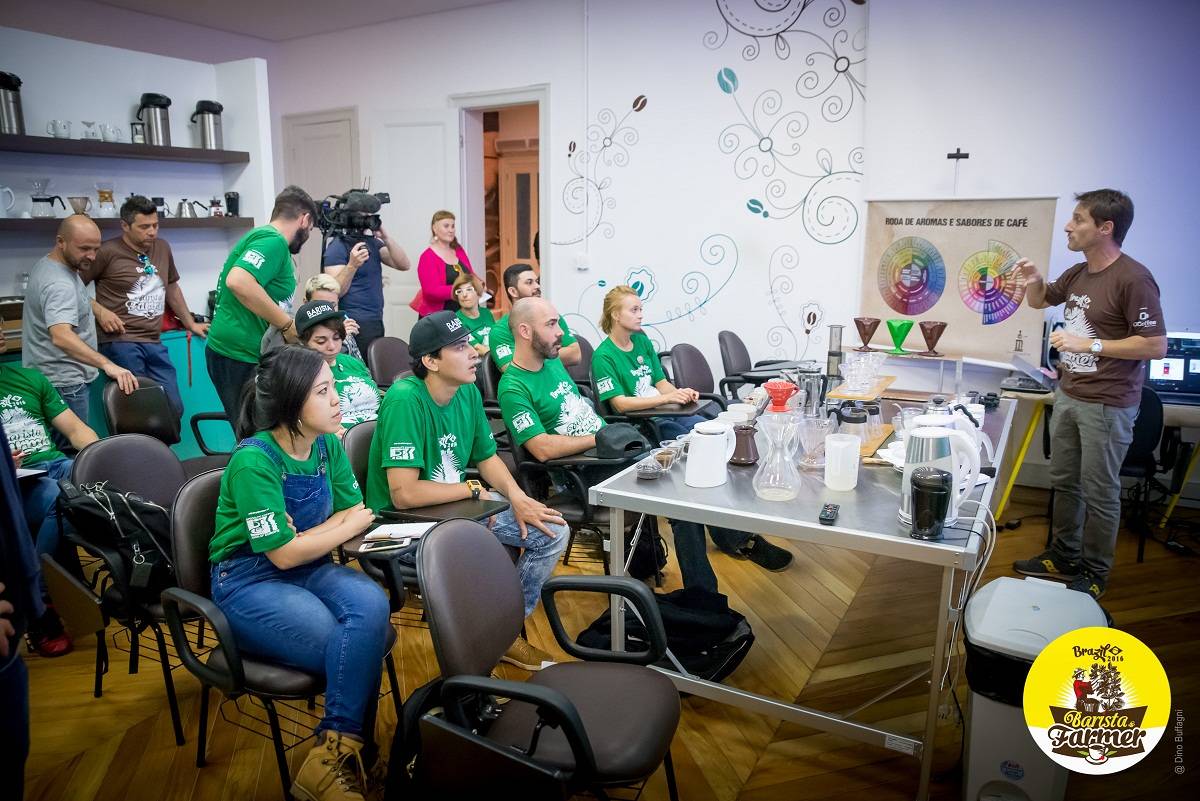 Santos, visit to the coffee museum. The fundamental role of the italian
and portuguese immigrants in the brazilian coffee production

Santos, may 12 – Day nine of Barista & Farmer, the talent show dedicated to the promotion of quality coffee culture created Francesco Sanapo. The ten international baristas visited the Coffee Museum in Santos, an iconic location in the brazilian coffee culture. In the morning the participants attended a class, in the rooms of the museum itself, held by Barista & Farmer academy teacher Filippo Mazzoni (Mumac Academy). The afternoon, instead, was dedicated to the visit of the museum, thanks to the expert guidance of educador Pedro Mendes.

“The museum is very important for Santos and Brazil – says Mendes – because it represents well how the economy generated by coffee had an impact over the city and the entire country. This place used to be the official coffee trade market, here is where all the coffee of San Paolo, that will later reach the port, was negotiated. The port of San Paolo is a key place for brazilian coffee, in fact 87% of the exportations start from here. The market was opened on september 7th 1922, to celebrate one hundred years of indipendence of Brazil: brokers buy and sold coffee while the producers were bringing here their goods.”

“In 1980 – continues Mendes – the market was turned into the museum as it is today: an important part of our collection is obviously represented by the history of the plant itself and the tools necessary in order to work it, but the other big element of interest is given by the events of the workers who, initially, were all slaves. We had a long period of slavery and the immigrants became fundamentals when it was abolished and there were no more workers. Many of them were italians and portuguese who came here to look for a better life. They used to come here in Santos on a train that is still running today.”

“Coffee therefore – concludes Pedro Mendes – means everything: the economy that it generated allowed for a development of the country on all levels, from the achitectural one to thesocial ones. There is, then, a deep connection that ties together Europe and Brazil and we simply couldn’t talk about the history of this country without talking about coffee. For us it’s been, and it is, irreplaceable.”

After the trip to Santos, the baristas will move to San Paolo for the last activities of the show: Barista & Farmer is getting closer to its conclusion and the winner will soon be announced.