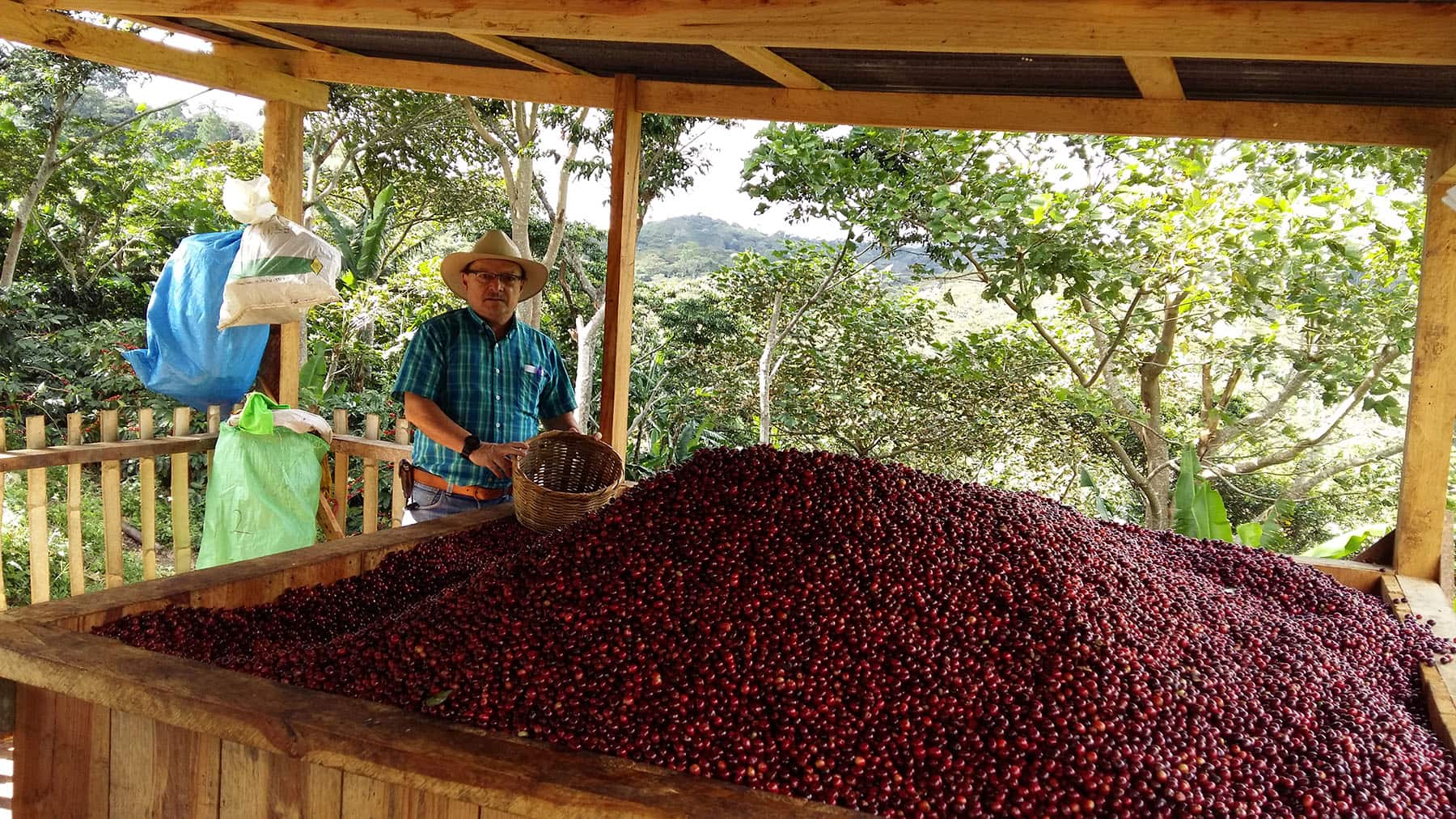 A coffee variety called Centroamericano, part of a new class of F1 hybrid varieties, has proven its quality potential by earning a score of 90 out of 100 points in the world’s leading competition and award for high quality coffees, the Cup of Excellence®, in Nicaragua.

The coffee took second place in the Nicaragua competition and was grown by Gonzalo Adán Castillo Moreno. Mr. Moreno’s farm, Las Promesas de San Blas, is in the Northern region of Neuva Segovia, near the border with Honduras. The jury, comprised of expert cuppers from 9 countries, scored the coffee a 90.50, giving the coffee the nation’s prestigious Presidential Award, which only recognizes coffees that score 90 or above out of a potential 100. The tasters described the coffee as balanced with complex fruit flavors and aromas including cinnamon, peach, cherry, raspberry, stone fruit, rum chocolate, hazelnut, raisin, fig, pineapple, peach, and lime.

Each year, thousands of coffees are submitted for consideration for the Cup of Excellence®, with winning coffees sold in global online auctions at premium prices. Twenty-four 30-kilo boxes of Mr. Moreno’s coffee will be auctioned on June 1. Information and access to the auction can be found here. A cupping of the winning Nicaraguan coffees will be held at the ACE Lab in Portland, Oregon on May 31 from 11 am to noon. No RSVP is required.

This is the first year that any F1 hybrid variety has placed in a Cup of Excellence® competition. F1 hybrid varieties are completely new in coffee and have only recently become commercially available to farmers (and so far only in Central America). They are not yet in widespread production. Nicaragua has a leg up on the adoption of F1 hybrid varieties because testing was done on farms in the country starting as early as 2006, when the varieties were first being developed.

A variety that works for farmers and coffee drinkers

The 90-point score for Mr. Moreno’s Centroamericano is especially notable because the variety is resistant to a fungal disease called coffee leaf rust, which has devastated wide swaths of coffee production in Central America since an epidemic began in 2012. It is also extremely high yielding. In breeding evaluations, it showed production increases of 22–47% over the standard varieties in the region. It was released in 2010 for farmers in Central America and is planted on roughly 1000 hectares in the region. It is a cross between the Ethiopian landrace variety Rume Sudan and a rust-resistant variety called T5296 (used primarily in breeding and not itself in widespread production). The variety was created by a consortium including French research institute CIRAD and a regional network of national coffee institutes in Central America, PROMECAFE. More information about the variety is available in the World Coffee Research varieties catalog.

This combination of exceptionally high cup quality with agronomic traits that reduce risk for farmers—especially coffee leaf rust resistance, high yields, and overall vigor—has been elusive in the past. While the agronomic performance of Centroamericano had been demonstrated in numerous field trials, until now the quality potential of F1 hybrids had not been validated by a respected coffee industry institution like the Cup of Excellence.

The success of Centroamericano stems from its status as an F1 hybrid. This new group of varieties has been created by crossing genetically distant Arabica parents and using the first-generation (F1) offspring. Perhaps the most famous F1 hybrids are maize, or corn, hybrids. Since the advent of maize hybrids, maize production in the Unites States has increased six-fold over the last 60 years. Crops ranging from tomatoes to broccoli have used an F1 hybrid breeding approach to create high-performing varieties for decades. The approach is new in coffee.

World Coffee Research believes that F1 hybrids hold great promise to revolutionize the coffee industry through genetic progress, the way they did for maize in the last century and is pursuing the creation of new F1 hybrid varieties in Central America and Africa. At the World Coffee Research experimental farm in El Salvador, 46 new F1 hybrid varieties are currently being tested.

Improving transparency and integrity in coffee

Given that very few coffee farmers are certain of what varieties they are growing, and to be certain that the 90-point coffee was indeed Centroamericano, World Coffee Research conducted DNA tests of the green coffee samples. The positive result represents a major milestone in validating the quality potential of the new variety.

“We couldn’t be more thrilled about this,” says Tim Schilling, CEO of World Coffee Research. “It validates our instinct that F1 hybrids are absolutely essential for the future of coffee. F1 hybrids can combine traits that matter most to farmers—higher yields and disease resistance—with the trait that matters most to consumers—taste. That has always been a tradeoff in the past. Coffee just took a huge leap into the future.”

“The 90+ score from the Cup of Excellence® competition in Nicaragua establishes these new F1 varieties as entirely viable at the highest levels of quality,” says Darrin Daniel, Executive Director for the Alliance for Coffee Excellence. “We look forward to continuing our partnership with World Coffee Research to collect and share information about varieties entered into competition in countries where WCR and the Alliance for Coffee Excellence work.”