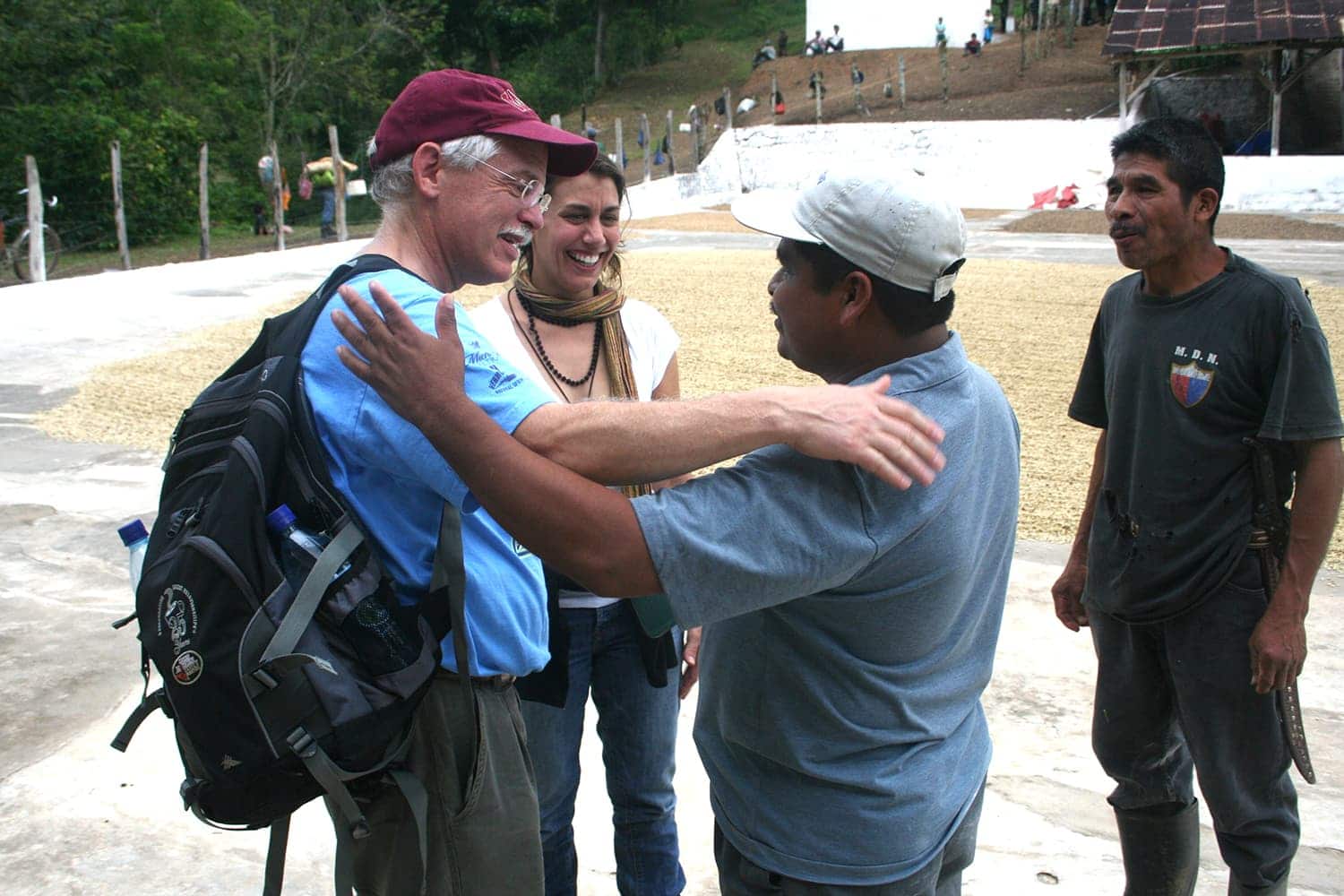 For the first time worldwide, Sandalj has used an analysis of Jamaica Blue Mountain’s DNA to certify batches of the coffee. The company approached the greatest expert in coffee genetics, Professor Giorgio Graziosi of Trieste University and founder of DNA Analytica Srl, the University’s spin-off company which carries out these analyses. For each individual lot of the Jamaican green gold, Sandalj entrusts the appropriate analyses to the researchers. When the barrels are purchased, Sandalj provides the client with the certificate of genetic traceability.

JBM is one of the world’s most prized and sought-after coffees. Only very limited quantities are grown, totalling less than 3 million kilograms, on the high ground of the Caribbean island at an altitude of 2,000 to 2,500 metres.  Picked by hand, carefully selected and stored in wooden barrels by a mere handful of local producers, its price reaches considerable levels. For these same reasons, it is possible to find batches of JBM on sale which are not authentic. To ensure that such a priceless product is guaranteed for its clients, the company felt it necessary to validate it beyond any doubt by submitting it for genome testing. This has been made possible thanks to DNA Analytica, which has a DNA databank for the 320 varieties of Arabica coffee, including the only two possible genetic codes for JBM. Once the DNA has been extracted from the green coffee and compared with the samples stored in the databank, Professor Graziosi’s team is able to determine whether the coffee is actually as declared. The analysis is based on the “fingerprinting” technique, and is ensures that a given biological sample can be identified beyond any doubt.

A cup of Jamaica Blue Mountain Espresso presents a full body and pleasing acidity which is never aggressive. Aromas of fruit and preserves are released on the palate, together with dark chocolate, melted butter, cream and tobacco.

Costa Rica SHB Tarrazù – Hermosa is a fine new coffee which further enhances the Sandalj Arabica range. The Tarrazù region and the district of San Marcos are located in the mountainous south-east of Costa Rica, known as Los Santos. The coffee grows at an altitude between 1,300 and 1,650m a.s.l., in plantations whose location ensures they are in full sunshine in the morning, and in the shade in the afternoon. The organoleptic and sensorial analysis of this washed Arabica coffee reveals a mid-to-high initial acidity with hints of mandarin and ripe apple which subsequently give way to hints of walnut and cocoa biscuit. The tasting of the Espresso culminates with a sweetish aftertaste of wildflower honey.

Long before anyone else in the Italian raw coffee market, the Sandalj Trading Company realised that taking the “right path” would involve doing business with small producers, travelling and discovering the plantations and, last but not least, purchasing particularly outstanding micro-batches. Having developed this idea, in 2012 the company began to offer these coffees when it created the Sandalj Traceability Project range. At Rimini World of Coffee 2014, the company will be presenting one coffee from Costa Rica and one from Guatemala. Both are traceable throughout the entire production chain and are supplied to clients with a detailed description.

Professionals in Costa Rica, a country that produces coffee of outstanding quality, established the Specialty Coffee Association of Costa Rica (SCACR) about twenty years ago. Its aim was to determine and promote the finest micro-batches from those areas on the international markets. One of these coffees is the Costa Rica SCACR from the Higuerones plantation in the Heredia district, which the Sandalj Trading Company is offering as a new traceable coffee.

When made with the Espresso system, Costa Rica SCACR Higuerones, which is the only origin of the Caturra and Catuaì botanical varieties, presents a pasty body and understated acidity, with hints of caramel citrus fruits, dried and dehydrated fruit. The aftertaste blends hints of almond and fresh gentian, and is particularly interesting.

The last stage, amidst the fragrances of Guatemalan coffee

Working our way back up through Central America we come to Guatemala, where San Martín Jilotepeque, in the area of the Chimaltenango region, finds the La Merced plantation. Here, in a cultivation in the shade of Grabilea trees, set at around 1,750m a.s.l., Guatemala SHB La Merced is grown. The composition of this Arabica is 65% Bourbon variety, 30% Pache and 5% Typica. The coffee is picked between November and March before being washed. The aromas are floral and the acidity in the cup is considerable, with a taste of ripe citron and spicy notes that recall cloves.

The Sandalj Trading Company S.p.A. is based in Trieste, one of Europe’s main coffee ports. It runs its hallmark green coffee import-export business ensuring that its service guarantees unrivalled quality, variety, research and development in the products it handles.

The company has 14 employees, 9 agents and 2 external collaborators. The members of the Board of Directors are Enrico Venuti, Chairman and Managing Director and Head of the Sales Department. Edy Bieker is Director of the Quality Department and Training, and Maurizio Rossmann is Director of the Finance and Administration Department.

The very finest origins are offered in the Sandalj Excellence, Sandalj Arabica, Sandalj Traceability Project and Cup of Excellence lines. A vast range of blends ready to be roasted are on offer with the Sandalj Blend range. The Sandalj Trading Company also houses the Accademia del Caffè®  (The Coffee Academy) where tasting courses are held on Espresso coffee, along with consultancy on all coffee-related themes. The company is now a benchmark for around one thousand coffee shops both in Italy and worldwide.