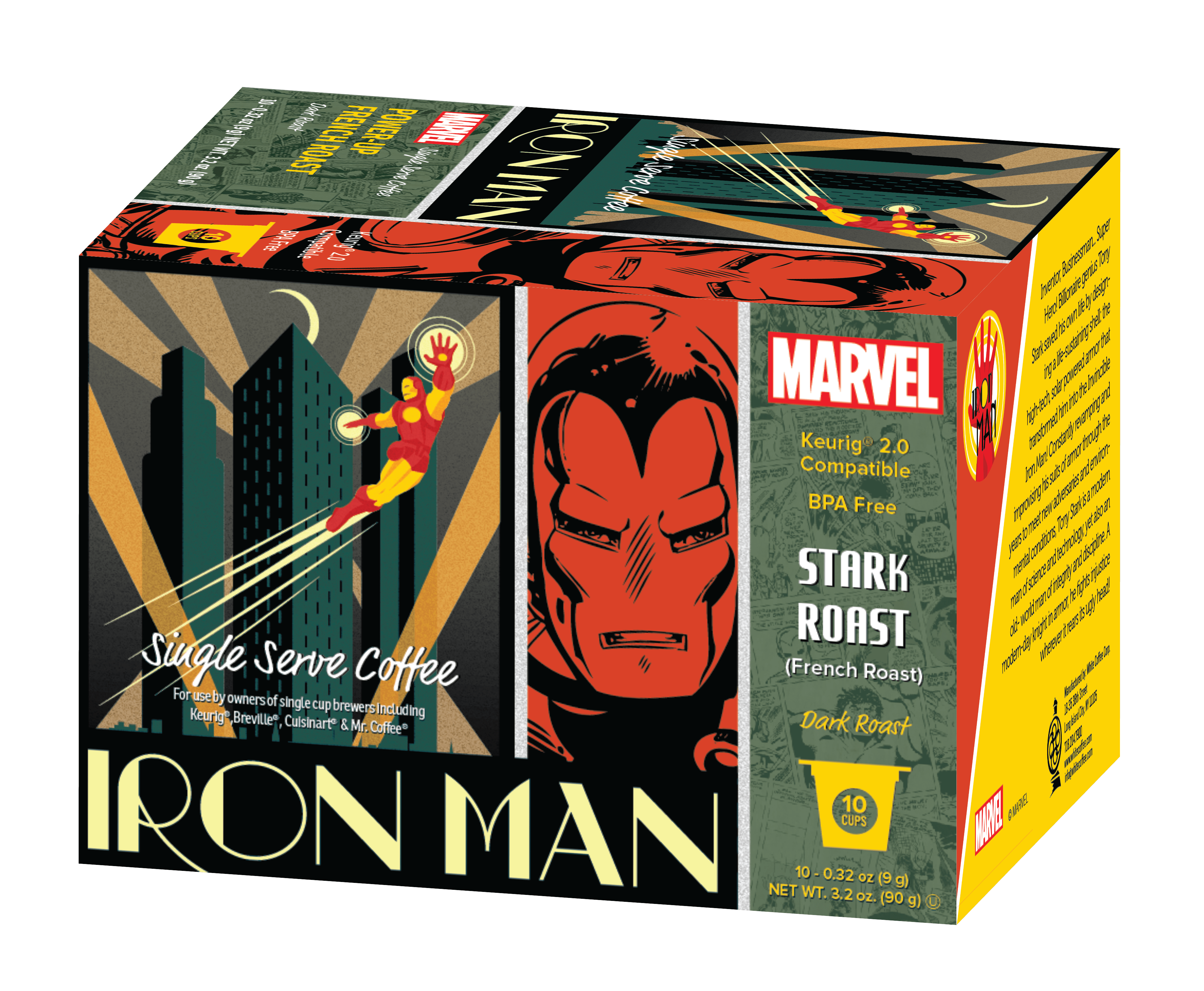 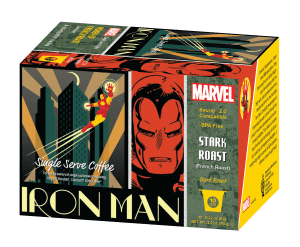 Long Island City, NY – Being a Super Hero is not easy, as it takes a lot of energy and stamina…much like getting through a regular day for the rest of us.  So, White Coffee Corporation is excited to announce its latest major collaboration with Marvel Entertainment, creating single-serve Marvel Comics Coffee and Marvel’s Avengers Hot Chocolate options.  Now adult fans can tackle his or her first valiant act of the day with a shot of great coffee, and fans of all ages can enjoy some hot chocolate at any time of day.

“We are so excited to feature Marvel’s characters on our coffee and hot chocolate collections,” says Jonathan White, Executive Vice President of White Coffee Corporation. “Our consumers are huge Marvel fans. These iconic figures – Iron Man, Hulk, Captain America, Black Widow and the rest of the Avengers – plus Spider-Man, have legacies that span multiple generations.” Coincidently, White Coffee Corporation, just like Marvel, traced their origin to the same calendar year — 1939.

Marvel’s Avengers Hot Chocolate highlights the most powerful Super Hero team in the world on its packaging. The hot chocolate is fat-free, with only 20 calories per serving and comes in 12 single serve cups per box with a suggested retail price of  $7.99. 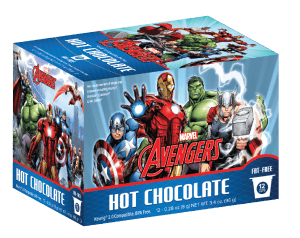 Marvel Comic Coffee and Marvel’s Avengers Hot Chocolate will be available in retail outlets nationwide later this year. The cups produced will be 2.0 compatible, for use with the Keurig® system and similar coffeemakers. Both products will be on-hand at the at the upcoming New York Comic Con, the largest pop culture event on the East Coast, held October 8-11th at the Javits Center.

About White Coffee Corporation
White Coffee Corporation is based in Long Island City, NY and is a third-generation, family-owned coffee importing and roasting business in operation since 1939. As a core part of its coffee offerings, White Coffee is proud of its collaboration with prominent licensed brands. These coffee products are available in retail outlets throughout the United States, on-line at www.whitecoffee.com or call (800) 221-0140 for more information.