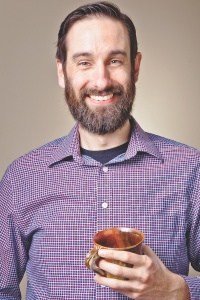 PORTLAND, MAINE — Coffee By Design recently named Nathan Hann director of training for the company’s five retail locations. As the Director of Training he is responsible for retail store training internally as well as for wholesale accounts and oversees quality control at the store level. In addition, he assists the head roaster with tech issues and is responsible for managing company-wide IT related issues and growth, mainly contained to the Apple side of the company.

Hann joined the Coffee By Design team in 2016, shortly after moving to Maine. He spent the first year working in production while observing overall operations and the culture at Coffee By Design. Hann works with Dylan Hardman, head of production, and General Manager of Retail, Kevin Gaspardi, on ways to have both arms of the company work best together.

Prior to joining Coffee By Design he was Coffee Director for Rhode Island’s Blue State Coffee, responsible for buying and overseeing roasting as well as operating as head of training and quality control.

Hann is a member of Barista Guild, Roasters Guild and passed the traveling barista exam at Coffee Fest.
He has a BA in film studies from Hofstra University and is a resident of Biddeford, Maine.