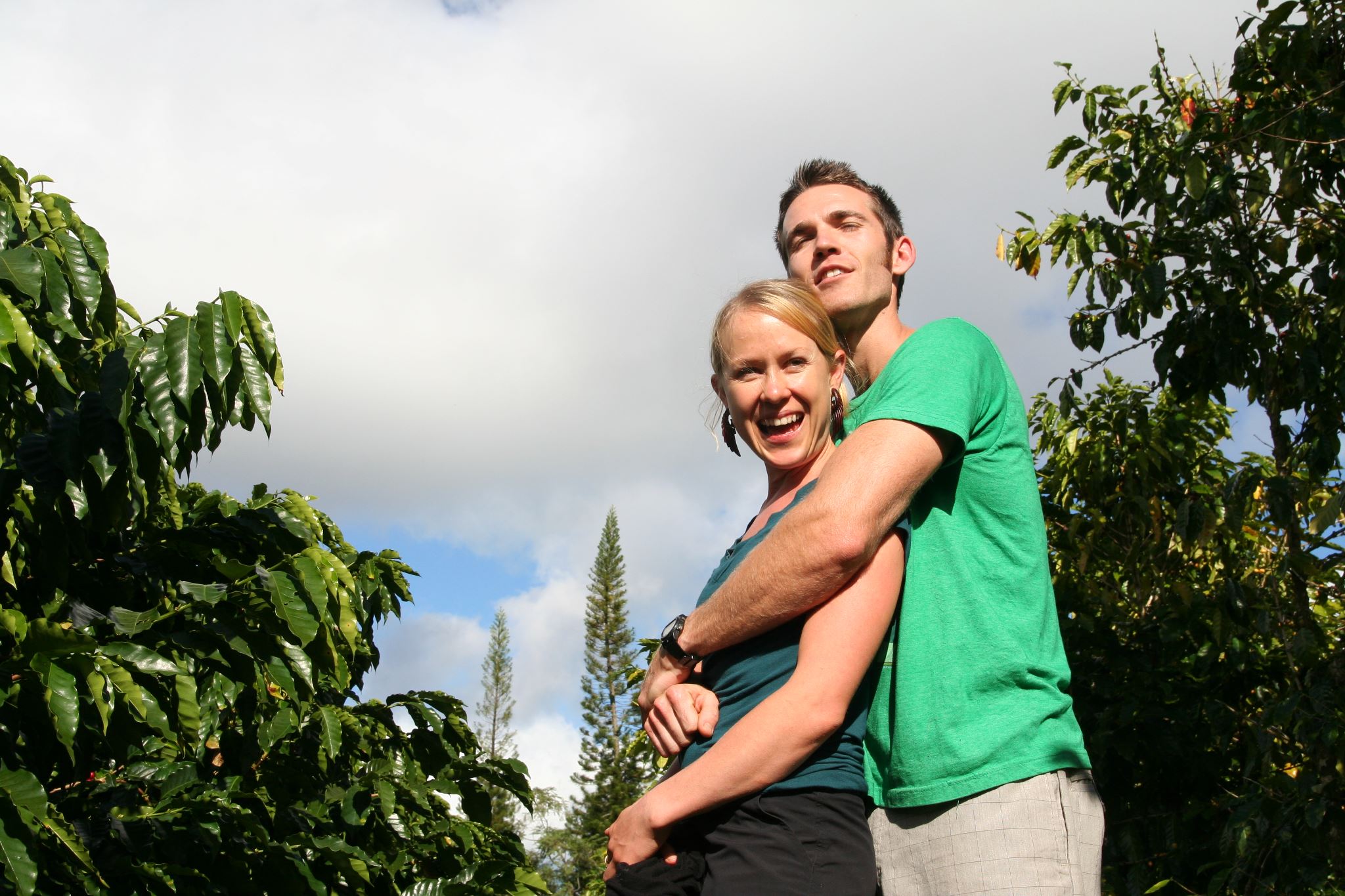 Summer is typically a slow time on Hawaii coffee farms, but things have been percolating at Big Island Coffee Roasters where co-founder Kelleigh Stewart has been named one of Hawaii’s top young business leaders and earned her Q Grader license.

Named one of Top 40 business leaders in Hawaii

“Finding a dilapidated coffee farm on Craigslist is not typically how a successful business story begins, but for Kelleigh Stewart and her husband, Brandon, that’s how it happened,” says HJ Mai of Pacific Business News.

In 2010 the couple stumbled across an online ad for a three-acre coffee farm in the Puna district on Hawaii Island, an area not known for producing quality coffee. Having no prior experience with coffee, the couple embarked on three years of testing to determine what worked for the coffee they grew, and how best to roast it.

After a steep learning curve that included teaching herself about the coffee business, from roasting and cupping, to digital marketing and grant writing, the couple registered Big Island Coffee Roasters in 2013. They’ve never looked back.

Today the company is considered one of the pioneers of Specialty coffee within Hawaii, and have accumulated several awards for their work, including Grand Champion in the Hawaii State Cupping Competition, and a Hawaii State Senate certificate. Kelleigh also sits on the Board of Directors for the Hawaii Coffee Association, and chairs the Communication and Education Committee.

To do all that within a few short years as a young woman in a state where the average age of farmers is 60, with men outnumbering their female counterparts 5 to 1, and it’s easy to see why Kelleigh was recently named one of Pacific Business News’ prestigious Top 40 Under 40 Business Leaders in Hawaii.

The only agricultural business owner, male or female, to win this year’s Top 40 Under 40 Business Leaders award, the Hawaii Island resident recently travelled to Oahu where she was recognized at a special ceremony at The Four Seasons in Ko’Olina. The Top 40 Under 40 award winners were selected by a panel of judges who reviewed more than 200 nominees for their business skills, as well as their impact on their community.

Kelleigh’s business acumen and the growth of Big Island Coffee Roasters is all the more impressive, given that when the couple first moved to Hawaii they, at one point, lived on $20 per week in groceries. Through hard work and sheer determination, they’ve built an internationally recognized vertically integrated coffee company that encompasses everything from farming, processing and roasting, garnering critical acclaim and awards along the way.

Since moving to the Big Island, Kelleigh has helped advance the quality of neighboring coffee farmers on the eastside of Hawaii Island, despite that farmers are often her competitors. In 2013, she received a grant from the USDA to purchase coffee grading equipment that helped improve the quality of coffee grown for the dozens of farmers they mill, grade, and roast for; an effort that resulted in her receiving an award from the Hawaii State Senate. The youngest member to join the statewide Hawaii Coffee Association board of directors, Kelleigh has worked diligently to improve the sustainability of Hawaii’s coffee market by uniting Hawaii’s coffee farmers under shared missions, providing guidance on best practices, and helping to build a reputation for Specialty coffee in Hawaii.

Coffee industry leaders across Hawaii cite Kelleigh’s tireless efforts to improve the marketability and quality of coffee grown in Hawaii. Indeed, Chris Manfredi, Hawaii Farm Bureau past president, praised Kelleigh as “the best of her generation.”

“This has been such a surprise and gift,” says Stewart of her Top 40 Under 40 award. “I love finding solutions to problems, and to me, this honor means I’m on the right track.”

Always looking to improve her own skills in order to help others, Kelleigh received the esteemed business award within weeks of earning her Q Arabica Coffee Grader license from the Coffee Quality Institute.

Although coffee is one of the leading agricultural industries in Hawaii, generating more than $48.8 million in sales annually, according to the Coffee Quality Institute website, there are just five certified Q Graders in Hawaii, with Stewart becoming the sixth Hawaii resident to achieve this industry achievement.

Kelleigh is taking her recent accolades in stride, keeping her focus on agricultural sustainability in her community, and helping her fellow coffee farmers.

“It’s a privilege to work in this community and celebrate Hawaii’s terroir through coffee. I look forward to growing relationships within the business and agricultural communities in the coming years.”