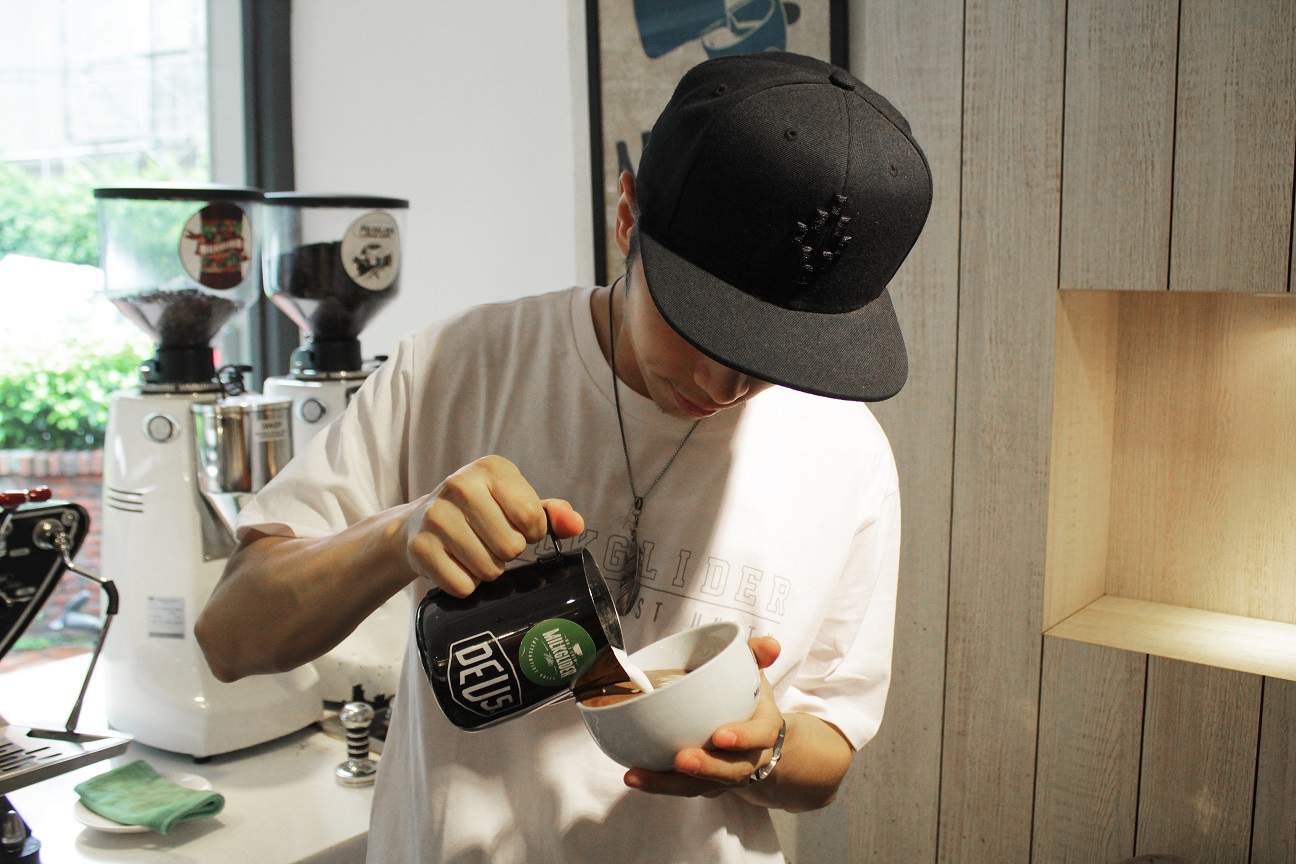 As Coffee Fest prepares for its 78th show to occur in Anaheim, California on September 30th – October 2nd, the first international judge will be making his debut. Schroeder Hsieh, from Milkglider Taiwan, is replacing Matt Milletto as a permanent international judge in the Latte Art US competitions, begininning in Anaheim. Nearly 50% of Coffee Fest competitiors travel from outside of the United States to compete. With most of those coming from Asia, it is important to have a judge who can bring the international perspective and balance to relate to all the competitors as well as add new perspective to the judges panel.

In 2012, Schroeder Hsieh began his career in the coffee industry and by 2014, with the help of his fellow baristas, had created the Milkglider Brand. Shortly after establishment, Milkglider began hosting local competition style events, and these quickly grew in attendance and eventually expanded to include all regions of Asia. Milkglider currently hosts 4-5 latte art events a year in Taiwan. In addition to these events, Hsieh is an instructor and the organizer of latte art courses in association with the Milkglider Brand. As the recipient of 1st place championship award in the 2015 Coffee Fest Latte Art World Championship in Tokyo, Schroeder Hsieh is the perfect candidate for an international judge and will bring his recognized expertise to the Coffee Fest competitions.

“It is well past time for the Coffee Fest shows to bring in an international judge to one of our competitions.” Said show president David Heilbrunn. “When considering candidates, I could not think of anyone quite as recognized or qualified for this position as Schroeder Hsieh. I look forward to seeing what he brings to our US Latte Art Competitions.” As the CEO of the Milkglider Brand, and newly appointed international judge for Coffee Fest, Schroeder Hsieh will bring an exciting and new perspective to the judging table.
###
For more information, contact: Erika Lowery 425.295.3300 ext. 126 erikal@coffeefest.com