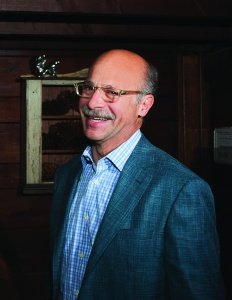 August 2017 – Willy Palmer, Executive Vice President of Flavor & Fragrance Specialties, has changed his status to Senior Advisor to the FFS/Lucta management team as of August 1, 2017. In his new role, Palmer will continue to maintain his position on the FFS/Lucta board, as well as customer and associate relationships while offering his long tenured perspective, rooted in the FFS culture.

Prior to entering the flavor & fragrance industry, Palmer received a BS in Biology from the University of New Mexico, then continued his education in business at Loyola College of MD. He taught science before joining his family’s flavor & fragrance business, Palmer Labs, which was purchased by FFS founder Robert Maleeny in 1984.

As Executive Vice President, one of the founders and board member at FFS, Willy ensured the execution of the corporate vision. His industry affiliations included membership in the Society of Cosmetic Chemists and the Institute of Food Technologists, where he served as the Maryland chapter chairman. Willy is well known throughout the coffee industry and has been a featured author of numerous magazine articles and a speaker internationally at industry events.

As he transitions into his new advisory role Palmer expressed, “It is with great pride in the organization we have built that I take this step. I feel incredibly fortunate to have enjoyed such a successful career working with people I respect and admire.”