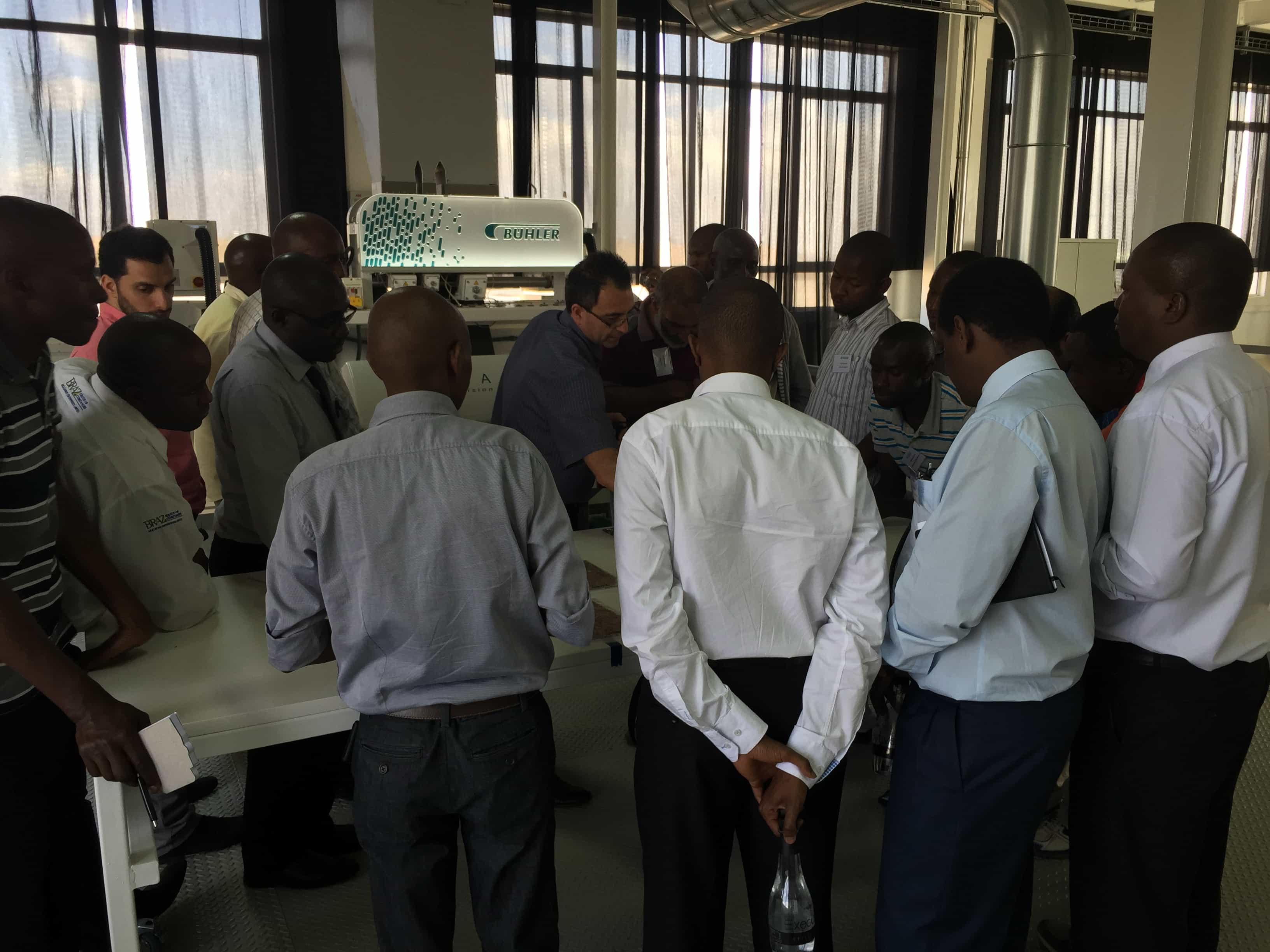 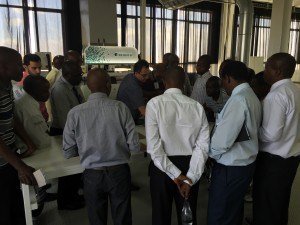 London, 7 September, 2015 – The Bühler Group, a global leader in food & material processing and optical sorting solutions, is helping African coffee processors reverse its declining share of the global coffee market and capitalise on the growing global demand for coffee.
In Africa, coffee growing supports more than 10 million households in 25 countries . Some of those depend on coffee as a primary source of income for their rural population and as an important source of export revenues. However, while global consumption climbed 2.3% last year , and Africa’s coffee production also rose (by 4% in 2013-2014 to 16.8m 60kg bags , approx. 1m tonnes), its share of world production has decreased from 27.2% in the 1970s to an average of 16% in the 1990s and 13.1% in the 2000s .
Bühler has strengthened its commitment to support Africa’s processors to compete more effectively with other coffee producing continents by helping to improve both coffee quality and productivity. This will, in turn, create new employment opportunities and improve the standard and quality of life of those who rely on the industry for their livelihoods.
As part of its drive and on-going investment in Africa, and continued commitment to support the needs of both small and large coffee processors throughout the continent, Bühler is set to play host to the SORTEX Coffee Forum – a training, knowledge and discussion event taking place at the Bühler African Milling School, Nairobi, 17-18th September 2015. 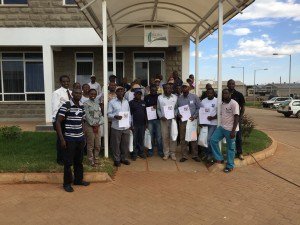 Ethiopia is currently the largest coffee producer in Africa, producing 6.6m 60kg bags (396,000 tonnes) in 2013-2014. It is followed by Uganda producing 3.8m 60kg bags (228,000 tonnes), Ivory Coast producing 2.1m bags (126,000 tonnes), Tanzania producing 1m bags (60,000 tonnes) and Kenya producing 850,000 60kg bags (51,000 tonnes) . The EU and other traditional markets such as the USA, Canada, Japan and Norway are still the primary markets for coffee, however research shows that demand is also increasingly strong from emerging markets such as Algeria, Australia, Russia, South Korea, Turkey and Ukraine . Bühler believes that through investment and using its expertise, it can help African countries to satisfy premium export, which are increasingly imposing ever-more stringent quality expectations.
Lawrence Kuhn, Head of Market Development, Middle East and Africa says: “With investment in optical sorting technologies currently on the increase in this region, the SORTEX Coffee Forum represents the perfect opportunity for coffee processors to meet with other local businesses, and to watch live sorting demonstrations of Bühler’s SORTEX A MultiVision™ and the new cost-effective YJT W range of sorters, all of which are capable of removing discoloured and immature beans plus foreign materials from Arabica and Robusta green coffee varieties.”
Around 50 coffee processors are expected to attend the event and are encouraged to come with their machine operators for an informative training workshop on the second day of the programme. This will provide practical advice and demonstrations on how to maintain and operate the SORTEX optical sorters to ensure maximum productivity and yield. Forum delegates will also have the opportunity to discuss individual sorting requirements and challenges with industry experts.
Kuhn adds that there are already encouraging signs that African producers can see the benefit of greater investment. “Many producers are now investing in new technology, including prestigious players such as the Touton Group, a major international processor of cocoa, coffee, vanilla and spices, which recently upgraded its production facility in the Ivory Coast with two Bühler SORTEX B machines for Robusta coffee. Other customers are Taylor Winch, part of the global commodities trading group Volcafe / ED&F MAN, who selected two SORTEX B ColourVision™ sorters for their plants in Tanzania and Kenya, and CPWE one of Ethiopia’s largest washed Arabica producers and part of Horizon Plantations Ltd, who opted for a SORTEX A MultiVision™.
Presentations at the SORTEX Coffee Forum include a discussion around the Bühler SORTEX product portfolio from Lawrence Kuhn, Head of Market Development – Middle East & Africa, a presentation on Customer Service at Bühler including repairs, spare parts and service packages presented by Patrick Mwitita, Head of Consumer Service, Bühler East Africa and Sorting demonstrations of Arabica and Robusta coffee applications on the SORTEX A MultiVision™ and YJT WB optical sorters from Melvyn Penna, Head of Applications at Bühler SORTEX London and Duncan Makhandia, Bühler Service Engineer, Bühler Kenya.
Bühler’s investment in the region also extends to its work with Partners in Food Solutions (PFS) – a non-profit organisation that links the technical and business expertise of volunteer employees from Bühler and partner companies – General Mills, Cargill, Royal DSM, to small and growing food processors and millers in the developing world.
A growing number of Bühler employees are working as PFS volunteers to support the development of small food producers in Africa, contributing specialist knowledge to help make production as efficient as possible to avoid post-harvest losses.
Says Kuhn: “In Africa, there are many food producers who are keen to optimise the opportunities available to them but will benefit from more in-depth expertise. We can do a great deal via projects and training to give producers knowledge of food safety and brand development to further their businesses.”
Earlier this year Bühler opened its new African Milling School in Nairobi, Kenya, dedicated to turning already experienced mill workers into world-recognised professional millers. It also offers further courses to help educate professional millers to the level of Head Miller. Courses are split into six, four-week modules spread over a two-year period.