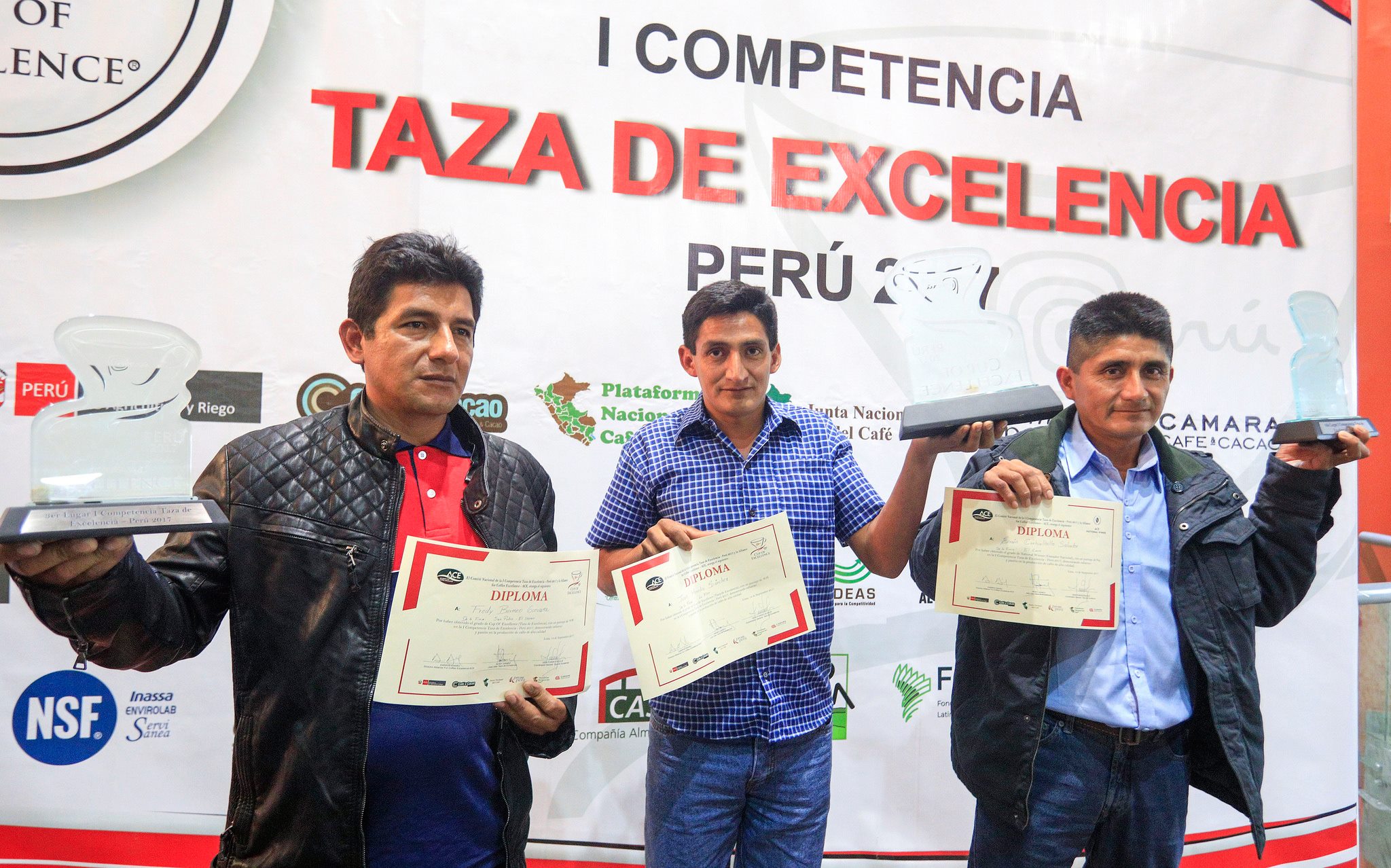 15 Year in the Making, Alliance for Coffee Excellence Launches Cup of Excellence Perú

Portland, Oregon USA (September 18th)- On September 14th the Alliance for Coffee Excellence kicked off its first ever Cup of Excellence in Lima, Peru. Founder, Susie Spindler recollects, “For over 15 years, it has been my dream that eventually Cup of Excellence could come to Perú and begin the process of discovering the qualities and the farmers that have long been hidden.” With over 300 samples originally submitted from 7 growing regions represented, the pre-selection process started with 265 farmers moving on to the National Jury. The National jury approved 35 coffees for the International jury to analyze. The week of the 11th 19 winners were selected. An astounding 5 lots received the Presidential award, which are coffees receiving 90 and above by a jury from over 12 countries. This year’s jury was represented by the United States, Australia, El Salvador, Nicaragua, Germany, Perú, Belgium, South Korea, Honduras, Japan, Taiwan and the United Kingdom.

“With this Cup of Excellence competition, we can make improvements on our farm and also help our family to make improvements. We are grateful for this, we know this will help us [to] be a better producer,” Fredy Bermeo Guevara of Finca San Pedro, said in a speech at the awards ceremony. Mr. Bermeo was the 3rd place winner, scoring 90.48 with his caturra and bourbon varieties from the region of Cajamarca. The winning farm, Finca La Flor, with one of the highest scores from any competition in Perú to date and also from Cajamarca, scored 92.25, produced by Juan Heredia Sanchez. Other winning regions included, Junin, Cusco, Amazonas and San Martin. Varieties included, pache, gesha, and typica. The program was supported by all the major coffee councils and associations in Perú. With generous support by the Government of Perú’s Ministry of Agriculture and Production, the event was also hosted by Central Café y Cacao, Junta Nacional del Café, Camara Peruana del Café, PromPeru and the Platforma Nacional del Café y Cacao.

Wendy DeJong, of Single 0, head buyer and judge for the event said, “The best Top 10 table I have ever cupped…”. Ms. DeJong has been a jurist on many Cup of Excellence Juries in the past. The Auction will be live on October 25th on the Alliance’s website: www.allianceforcoffeeexcellence.org. All Cup Excellence coffees making it to the International round have been scrutinized with over 3 different juries and well over 3,000+ cups analyzed.

About Alliance for Coffee Excellence & Cup of Excellence®
Alliance for Coffee Excellence is a non-profit global membership organization dedicated to advancing excellence in coffee. Cup of Excellence, a program which gives out the most prestigious award in coffee, has affected thousands of farmers. Its unmatched focus on quality discovery, farmer premiums and transparency has changed the specialty coffee industry.  For more information about membership, juries and to register for the Cup of Excellence or national winning samples and their auctions log on to allianceforcoffeeexcellence.org. Upcoming 2017 auctions include: Mexico, Guatemala and Honduras.

15 Year in the Making, Alliance for Coffee Excellence Launches Cup of Excellence Perú